Linking up with April, Patty, and Erika for Tuesdays on the Run. 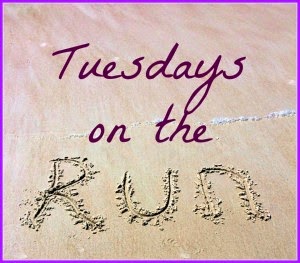 Since I've been so burnt out on running, I don't have very many upcoming races on the calendar. Here's what's on the list:

Fort2Base Nautical 10-Miler (August 23)
I have heard nothing but great things about this race. The 10 nautical mile distance (which translates to approximately 11.5 miles) is unique. It falls perfectly in line with my favorite distance range (anywhere between 15K to a half marathon). I also love the military theme.

I am wary of giving myself time goals since race day might be very hot and humid. However, I'd be happy with anything under 2 hours.

Hub City Half Marathon (September 13)
Many thanks go out to Erica and Hometown Happenings for the free entry to this race! This is an inaugural event taking place in Crown Point, Indiana.

The race is being advertised as a fast, out-and-back, scenic course starting and finishing in Sauerman Woods Park. I'm probably going to make this a PR attempt. We will see how things go on race day.

PNC YMCA Turkey Trot (November 26)
This race has become an annual tradition. This will be my fourth consecutive year running.

Last year, I ran the Collins-Wardle Double Gobble (a 5K immediately followed by a 5-miler) and received this cool mug: 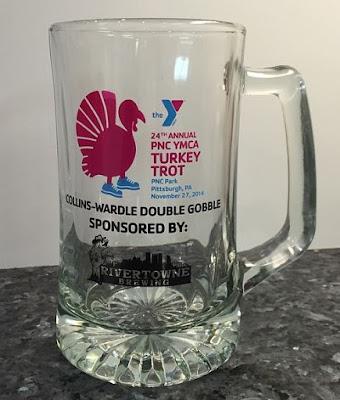 I am on the fence about whether to do the Double Gobble again this year. If not, I would just run the 5-miler.

Rock N Roll San Antonio (December 6)
This race was not originally on my radar screen. I needed to find a third race to complete my Rock N Roll 3-Pack Tour Pass. RnR San Antonio ended up being the only one that worked on the calendar. It's a good thing, too, because this is the last Rock N Roll offering for 2015!

I've never been to San Antonio so I am happy to check it out via this race. I am also very excited to eat some good local food!
That covers all the races that are definites. Now, let's talk about races that I'm pondering.

1. Prairie State Half Marathon (Oct 10)
Kim and I have run a half marathon together every year for the past three years and want to keep the streak going. The last two years we've run Prairie State and are talking about another showing. I think it's a very strong possibility, especially given its affordable cost and convenient timing/location.

2. 5K PR attempts
I haven't run any 5Ks this year. Upon further reflection, this is not surprising given how much I dislike 5Ks. But it would be good to once again try to best my 5K PR from well over a decade ago. I'm currently looking at:
3. Travel races

I'm headed to Traverse City over Labor Day; St. Louis in late September for a Steelers game; and Savannah over Halloween weekend for my cousin's wedding. It would be fun to run races at any or all of those destinations. Unfortunately, time is very limited so none of these are realistic considerations.

--
Your turn! Please tell me what races you've got upcoming this fall!
Posted by emmers712 at 5:00 AM