Conundra, and it hurts so good

Tomorrow is the 116th running of the Boston Marathon, the world's oldest and most prestigious marathon.  Once I get beyond my bewilderment at the Boston Marathon being held on a Monday (such a random day for such a momentous event), I learned that the temperatures in Boston tomorrow are forecasted to be in the 80s and even the 90s.  As a result, registrants are being permitted to defer their entries until 2013; however, they will not have their registration fees refunded if they choose to defer.

I wonder how many people will actually still try to run Boston?!?!?  After my rough experience gutting out a half-marathon in 80-degree temps, I can't even begin to imagine running a full marathon in even higher temperatures.  It is the embodiment of dangerous.  Although, I guess all marathons are dangerous.  (Cue the courtroom scene from "A Few Good Men" where Kaffee asks Jessup if the subject was in grave danger, and Jessup asks if there is another kind.)
﻿
﻿Admittedly, I can certainly understand why some folks would still attempt to run Boston.  Most have probably already spent thousands of dollars in travel costs and other expenses, and thousands have traveled from around the globe.  Not to mention the countless hours spent training.  There are probably thousands that have trained for years and years and years to be eligible to run Boston.  Boston qualifiers are amongst the loftiest of many runners' goals, and it would be an enormous letdown to have trained for such extended periods of time to end up just deferring at the last minute.  What an enormous conundrum for so many runners to be dealing with under such time constraints.

(I guess there's one good thing that comes out of me being a slow runner - I'll probably never qualify for Boston and therefore I will personally probably never be in such a predicament!)

Speaking of activities that hurt so good, I went in for my first chiropractor session last Thursday, and they worked on my scalene muscles.  I'd never heard of these muscles before (flashback to high school geometry with the word "scalene"), but these are basically the muscles that run alongside the side of your neck down to your shoulders. 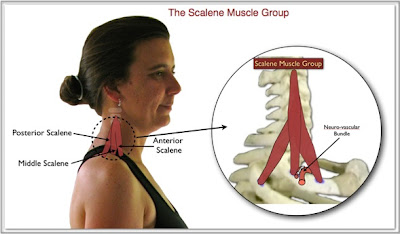 ﻿
Basically, "working on my scalene muscles" translates to a very painful neck massage.  I was told that my scalenes are extremely tight.  You may recall that I'd pulled my trapezius muscle a few months ago, and it does appear that the muscle pull correlates positively to the tightness.

The scalene muscle work hurt like you wouldn't believe.

It reminded me a little of how unspeakably painful it was when I first started foam rolling my IT band.  Those were not fun times - but the scalene work was worse.  I know it's necessary for me and will be helpful over the long run, but ugh.

I wonder if in medieval times they conducted "scalene work" under the guise of a neck massage but was actually meant as a form of torture?

Here is hoping that with time my scalene muscles loosen up and get less painful.  Here is also really hoping that that the worst is over with unveiling all of my numerous muscular tightnesses in hard-to-stretch places!

Unfortunately, I made a mistake just now by looking up how many muscles the human body has.  Apparently there are over 640.

That's a LOT of muscles that could potentially still be unbalanced or tight.  Yikes! 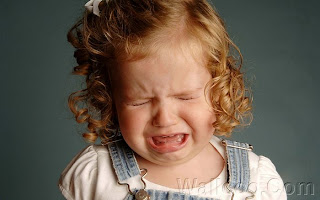