Half marathon #5 completed this morning!

After doing 12-mile long runs three of the last four weekends, all in uncomfortable heat and humidity, I was feeling as prepared as I've ever felt going into a half marathon.  Unfortunately, my left knee was feeling a little off in the days leading up to the race.  It felt fairly good this morning when I got up, but I was still praying that it would hold up throughout the race.

I got up this morning at 5:15 AM and had my usual prerace breakfast of cereal and a banana, plus an enormous glass of diluted orange juice.  I had laid out my gear last night, so after finishing breakfast I went to get dressed.  For some reason, it was a struggle this morning to get my bib pinned on straight.  First it was off center, then it was too low, then it was too high, then it was crooked.  Sigh.  Thankfully I had allowed myself plenty of time to get ready before the race.  Lesson learned: When laying out your gear the night before, get your bib pinned on your shirt, too!


As usual, Adam willingly and very graciously woke up at an ungodly hour on a weekend morning to be my chauffeur.  He is truly amazing.  He has never once complained or showed any signs of grumpiness at having to deal with my crazy running antics.  It must be so hard for him to keep doing this when he works so hard during the week and doesn't sleep much on weeknights to begin with.  God bless him for being so giving.  Lesson learned: It's a good idea to be considerate of others who may be impacted when you decide to run three gazillion races that all start at 5:00 PM Tbilisi Standard Time (i.e., 7:00 AM CST) or earlier.

Adam﻿ dropped me off near the start of the course downtown, then very unfortunately got caught in a maze of race-related road closures going back home.  =(  Meanwhile, I was meandering around the race start area, which was quite large (easily 12 square city blocks).  I was battling the crowds, trying to find paths to cross through the starting corrals, trying to find the portapotties, trying to find water.  I missed another Chicago Running Bloggers photo meetup, argh.

THERE WAS NO WATER TO BE FOUND.  I saw several booths with big "Water" signs on them, but there was no water at any of the booths.  There were no water fountains.  I asked a few volunteers and they just directed me back towards the booths that had no water.  I passed by one of the medical tents and even stopped in there to ask if they had any water (I just needed a few sips so I could take a prerace GU), and was met with blank stares.  Unbelievable.  Finally I broke down and asked a fellow runner with a sports bottle if I could get a quick squeeze of water.  Sigh.  Lesson learned: Don't take for granted that the race will have water available before the start.  Bring your own water just in case.

I felt good for about the first six miles or so.  The streets was pretty packed with runners and unfortunately I was weaving a lot to get to water stations, cooling stations, etc.  But the weather, which was supposed to be very hot, actually didn't feel too bad, and the crowd was great.  I was having fun high-fiving lots of onlookers, and the pacer was cracking jokes and doing a great job keeping us pumped.

The course passed right in front of my condo building once, and then again a few miles later on the course just a few blocks south of the building .  It made it easy for Adam to cheer me on along the course at those points, and it was great to see him.  The course even ran past the Hilton Chicago, where the 2012 Blackhawks Fan Convention was being held this weekend.  I enjoyed seeing all the onlookers there wearing their Hawks attire.  (A bellowing "Go Blackhawks!" cheer may have come from my general direction as I ran past...)


Around mile 7, it started feeling like the pacer was going too fast during the run portions.  I couldn't tell how much of it was just me getting tired versus if he really was going too fast.  I know that my Garmin is not completely accurate, but I kept looking at it and seeing paces as fast as 8:20 per mile (WAY too fast for a 2:30 half-marathon).  I started having trouble keeping up with the pacer, so I had to run an extra 15-20 seconds during each of the walk intervals just to keep up.  Mentally, it was frustrating that I kept falling behind and literally having to run to catch up, but I kept at it.

Around mile 10.5, I passed the pacer while everyone was slowing down at a water/cooling station.  I decided to try to keep ahead as much as I could, figuring that he would quickly catch up to me anyways.  But he didn't.  I was buoyed by this, and kept trying to push it a little bit more while resisting the urge to look back.

Miles 12 and 13 were tough; we were going up some inclines and the sun was beating down.  I could see the finish line from about the 12.4 mark.  It looked so far away, but at least it was in sight.  I tried to just keep my focus on the finish line.  I knew that I was ahead of the 2:30 pacer and that if I could keep it up, that I would make my time goal.

My official finishing time was 2:29:04.  And very thankfully my wonky knee and hip ended up holding up throughout the entire race.  Huge relief! 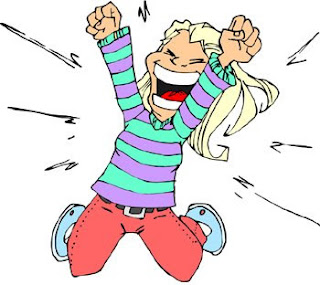 I was happy that I had run with the pacer, otherwise I am not sure I would have met my time goal.  However, in looking at my official splits, there was definitely some pickup between the 10K mark and the 10-mile mark.  So it turns out that I wasn't just imagining what seemed like an uncomfortable pace for several miles.  Lesson learned: Pacers are a good guideline for an overall final finishing time, but they do not necessarily run completely even splits.

Final thoughts:
Overall, this race was enjoyable and they did a lot to make sure that the runners were well-hydrated and kept cool and comfortable to the best extent possible.  One of the medical tents even had big jars of Vaseline out in case anyone had forgotten to put on BodyGlide, which was very thoughtful of them.  The cool sponges, towels, ice, and sprinklers provided along the course were very well appreciated.

Also, out of the five half marathons I've run, this was the first half marathon that provided GU along the course.  Fantastic.  I also really enjoyed all the post-race refreshments offered - chocolate milk, popsicles, Jamba Juice smoothies, Dole fruit cups, popsicles, chocolate protein bars, and Chobani yogurt, in addition to the usual bananas, pretzels, Gatorade, and water.  I forgot to mention earlier that I enjoyed the race expo very much, as well.

In short, while this race is on the pricier side compared to most half marathons, you do get a LOT for your registration fee.  Therefore, it's all the better when you can take advantage of a great discount code to run this race at a reasonably competitive rate!

Final final thoughts:
I still find the half marathon distance to be challenging, even after pretty significant training and running my third half marathon in five months.  I am still having trouble comprehending the idea of doubling this distance for a full marathon... and I only have 2.5 months left to get myself up to that level for the Chicago Marathon.  I still have a lot of training ahead of me.

Time for a stepback week to try to get my wonky knee under control again.  Then, back to work!!!

Closing side note: I have had a very busy week with a few more coming up, so I am behind in reading some of your blogs and responding to comments, etc.   But please know that I am not ignoring y'all - I do hope to catch up with all of your blogs as soon as I can!
Posted by emmers712 at 10:33 PM