An NFL-inspired workout at Soldier Field

The lovely Xaarlin won a "VIP" entry to a Nike Training Club event last night at Soldier Field, home of the Chicago Bears.  She very generously invited me to attend as her "plus one" (THANK YOU!).  I was so honored to join her!

Nike really outdid themselves with this event, which was free to all participants.  The event took place last night and all I can say is WOW.  Just WOW.

Xaarlin, her co-worker Adele, and I arrived at Soldier Field amidst a cool, clear night.  The VIP participants were whisked through the bowels of Soldier Field to the visitor's locker room.  I was expecting for us to just get a nice little behind-the-scenes tour of the facilities.  But instead we were met with this: 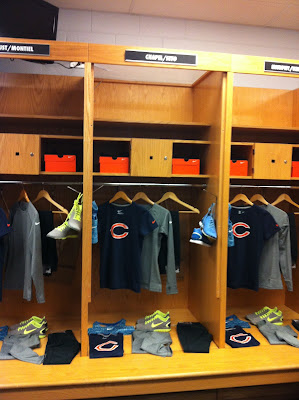 Each of us were assigned a locker stall, labeled with our names, which included a selection of complementary Nike gear.  This included a Chicago Bears t-shirt, a long-sleeve Hyperwarm shirt, a sports bra, socks, running tights, and trainer shoes.  Probably $300 worth of Nike-brand gear per person!

I stood there with my jaw on the floor in disbelief.  Then I picked up my jaw just long enough for Xaarlin and I to take this picture:

The event organizers told us to go ahead and change into our new gear.  Once we were set, Nike Master Trainers Alex Molden (former NFL defensive back for the New Orleans Saints) and Marie Purvis came in. 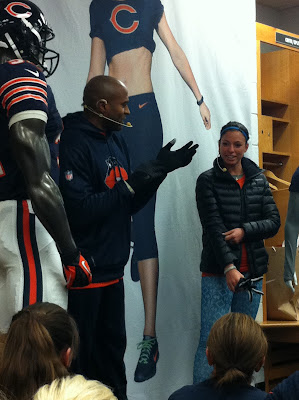 They told us about an NFL-inspired workout that we were all about to undertake on the grounds of Soldier Field.  Then they lead us out to where the NFL players wait prior to the start of each game before they get introduced.  They told us that when the door opened, that we should run out onto the field, just like the NFL players do!

Here is a picture of all of us waiting to run out onto the field: 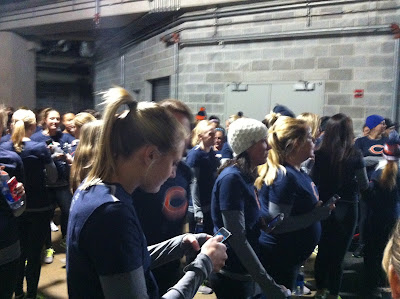 Here is the door opening and us starting to run out: 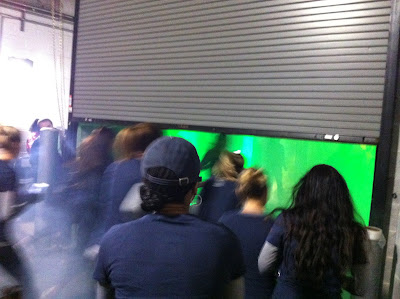 Here is us all out on the field, taking pictures of our own images being displayed on the Jumbotron: 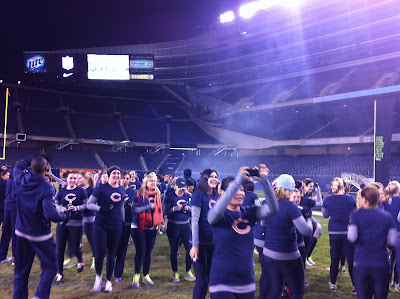 Here's me cheezin' it on the field: 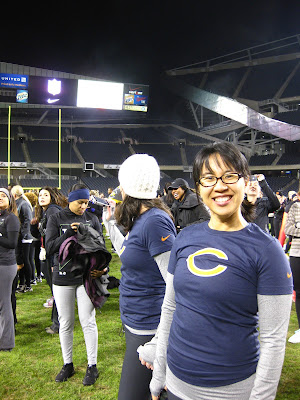 Here's Xaarlin looking much more at-home on the field than me.
﻿ 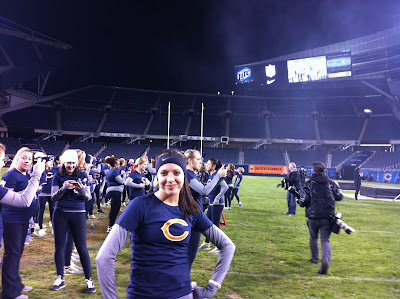 Once we got out onto the field, we got set to partake in the NFL-style workout.


I wasn't sure what to expect from the NFL-style workout.  Having seen some footage on TV I expected that we'd be running sprints while dragging weighted sleds behind us, or something similar.  Our workout ended up being comprised of short intervals of lunges, squats, jumps, and arm movements.  It was deceptively hard!  I was sweating and my hips and glutes are still feeling the burn today.  (Xaarlin and I joked that if they had wanted us to run laps around the field, we could have done that for an hour without breaking any sweat.)  All in all, though, was an amazing experience getting to work out on the Soldier Field grounds!

Following the workout, we had an appearance from Earl Bennett (Chicago Bears wide receiver): 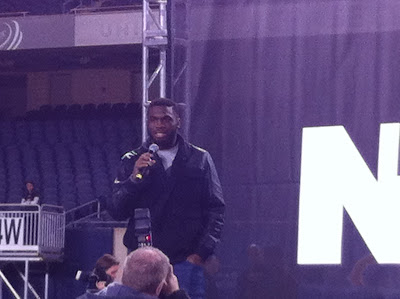 Afterwards, Xaarlin, Adele, and I frantically took as many more pictures on the field as we could until security starting giving us the evil eye.


We then went back inside to one of the lounge areas, where they had food and beverages for us while we waited to view a Nike fashion show.

Here are a few pictures from the lounge area:


The fashion show was emceed by Kristin Cavallari (Chicago Bears quarterback Jay Cutler's girlfriend, among many other things), and Brittney Payton (daughter of Bears legend Walter Payton).  Here is a picture of Kristin approaching the stage. 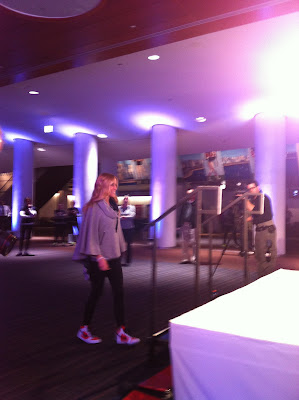 She is so tiny in person!  She looks like she weighs about 88 pounds.  (And yes, Blackhawks fans, that was an intentional reference to Kaner's number.  Oh how I miss hockey.  But as usual I digress.)

The fashion show models were all local fitness trainers or others that work in the fitness industry, which I thought was awesome.  Here are a few action shots from the fashion show: 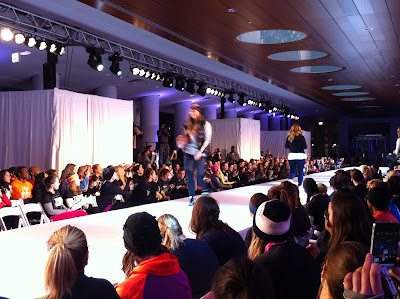 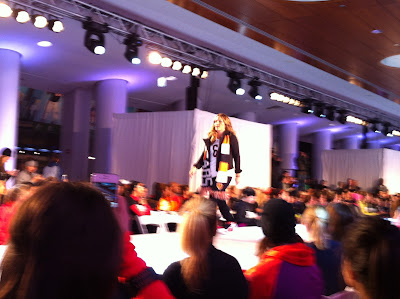 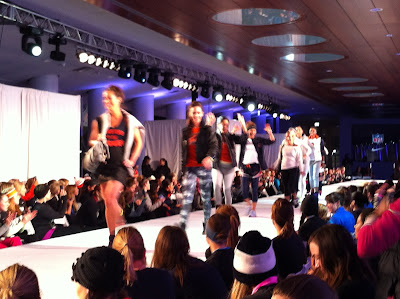 ﻿
We were hoping to get to meet Kristin Cavallari at the end of the show, but security guards whisked her away very quickly.  (Are you noticing a recurring theme here with all the security guards, by the way?  =D )

We did, however, get to meet Brittney Payton, who seems like an incredibly sweet woman.  And wow, is she pretty. 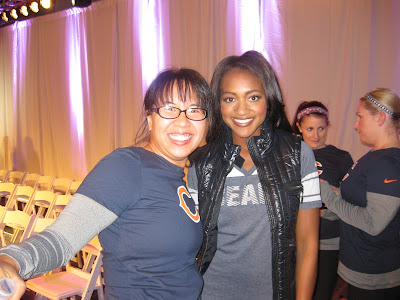 And that was the end of the evening's incredible festivities!

Here's our final picture of the night - our lookback view as we were departing Soldier Field. 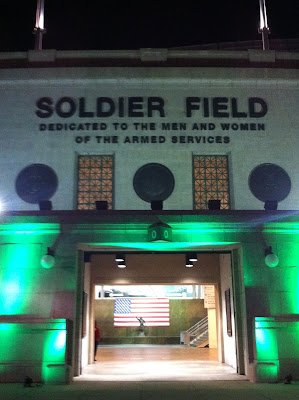 I am truly blown away by Nike's unparalled generosity in sponsoring such an amazing event.  Many, many thanks go out to Nike Chicago for all of their wonderful hospitality!  I can only imagine what other amazing events Nike will host next.  In the meantime, I will be most definitely putting my new Nike gear to super good use.

And once again, HUGE thanks go out to Xaarlin for so graciously allowing me to be her guest at these festivities - the evening was a BLAST!!!
﻿
﻿
Posted by emmers712 at 3:29 PM