Happy holidays to all!

I'm not usually big on New Year's resolutions since I don't think that you necessarily need a new year to put forth your resolutions.  I believe that if you want to improve upon something, then there is no time like the present to do it.  If you start today, it's one more day that you did it versus another day that you didn't!

In any event, though, I did want to put in writing some of my running goals for the upcoming year.


I've listed these running goals in what I consider to be descending order of most challenging to least challenging goals.  Relatively speaking, of course.

Even at the peak of my running career, the 8-minute mile has been difficult for me to beat.  My best race split of the year came during the PAWS Run For Their Lives 8K last September, where my Garmin says I clocked an 8:34 mile.  I think that if I were running JUST one mile, that I might be able to come close to the 8-minute mark.  Although, I shouldn't get too confident because 34 seconds is a lot of time when you're dealing with just one mile.  Either way, I better be careful about what I eat before I attempt a PR mile as it will surely require pushing myself to the point of nausea.

Ideally, though, I'd like to get to the point where I can run a sub-8:00 mile without fearing that I might lose my lunch.  Maybe someday.

Regardless, once again, thou shalt be careful about what thy eats before attempting thy goal.

My best half marathon this past year was run in 2:22:52.  I think can run a sub-2:20:00 half marathon without too much difficulty.  Getting below 2:15:00 will probably take some effort (but I think it is much more doable than a sub-26:00 5K).  Regardless, I am bolstered by hearing about several people who shaved 10-15 minutes off of their half marathon times in one fell swoop.  Very inspirational!
4. Run a sub-5:00:00 marathon.

Had I not been dealing with searing groin pain during the Chicago Marathon, I think I already could have come reasonably close to the 5-hour mark.  I feel pretty good about being able to break 5 hours the second time around.  In fact, I was already tempted to list my marathon goal as sub-4:50:00.  But I don't want to bite off more than I can chew.

Other Race Distance Goal Times
For race distances other than the ones listed above, I either do those distances less frequently, or place less emphasis on them.  But here are the goals I'd have for some of those others:

Speedwork
I realize nearly all of these goals I've listed could be the great beneficiary of speedwork.  I've never really enjoyed doing speedwork because I don't like pushing myself to the point of major discomfort.  Admittedly this is the more prevalent reason that I don't do a lot of speedwork. 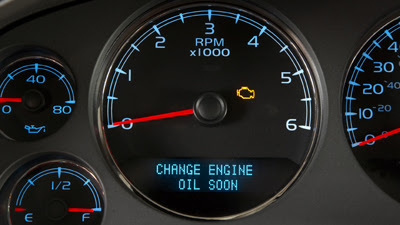 But, I do know that speedwork doesn't have to be that extreme to be effective.   Plus, moderate speedwork is better than none at all.

At the moment, I'm still only running one day a week.   But once I get to the point where I'm comfortable running a few days a week, I'd like to add some speedwork back into the routine.  Maybe once a week.

Do yoga at least once a week
I've done very little yoga over the past few months due pretty much to lack of interest, and also because so much of my PT routine already involves stretching.  But PT stretches are certainly not a substitute for a full yoga routine.  Therefore, I need to find myself a way to get back into yoga.

Strength-train at least once a week
I actually do enjoy upper-body strength-training, but it's very much a momentum thing with me.  I go in spurts.  But my condo building just installed strength-training equipment in the building's fitness room.  Now I really have no excuse not to strength-train.

Although, I am sure that on days when I'm not motivated, I'll still manufacture plenty of excuses.


Bike or do some sort of aerobic cross-training at least once a week
I've been doing a lot of stationary biking and I've been feeling the burn in my hips and glutes.  It's been good.

I'm not huge on the elliptical machine, but it would be fun to throw in some other forms of cross-training wherever possible.  Now that it's winter, it'd be fun to do more ice skating.  Even in lieu of the dastardly NHL lockout, which makes me turn Barney-purple with rage everytime I think about it.  But I digress.

Do my physical therapy exercises at least 5 days a week.  Especially the core work.
Have I mentioned before how much I hate doing planks or any other core work?  The planks are often the first exercise to be dumped when I don't have time or don't want to do my full PT routine.  That is not good.  I need to just gut those planks out (literally and figuratively).

In keeping with the "do it now!" philosophy, though, I have already been much better over the past few weeks about planking.  Yesterday I set my plank PR, which was 2 minutes and 15 seconds!  And wow, am I ever feeling it today. 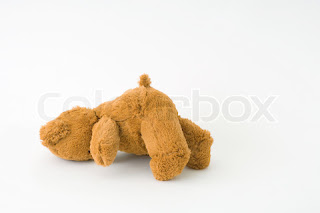 Drink more water
While in the office, drink at least four glasses of water during each workday.  Drink another four at home before/after work.  It's a little tough for me to drink plain water, hence why I drink a ton of very diluted fruit juice.  But adding a squeeze of lemon or lime juice to plain water also does the trick, so I'll try to do more of that instead.  In short, I'd like to try drinking more actual water as opposed to diluted fruit juice.

Eat more good chocolate
Don't laugh.  In all seriousness, I can't even begin to tell you how many times I've eaten some ho-hum dessert just because it was there.  I want to adopt the philosophy that if I am going to eat dessert, that it better be a GOOD dessert.  No more calories wasted over so-so desserts.  In short: