I recently completed my 30-day trial ClassPass membership that I won from Katie. During this time, I took a total of 17 classes, of which 16 were barre classes.


I wanted to share my experiences on the studios that I visited. Before I begin, here are some overall thoughts that applied to every barre studio:

Now, here are my thoughts/reviews on each studio. I've listed them in alphabetical order by studio name.

The Bar Method
Visits: 4*, all of them at the Loop location
Pros: Roomy facilities with an ample locker room and shower facilities/supplies; friendly, welcoming staff and instructors; very detailed emphasis on form; the instructors were unscripted in a good way; the Loop studio is SUPER convenient for me
Cons: The instructors call you out on your form in front of the whole class. E.g. "Emily, square your hips. Mary, lift your arm more. Jane, relax your shoulders." This could be embarrassing for some. Also, there was no transition time scheduled in between classes (e.g. one class ended at 6:30 while the next one started at 6:30), which could make things a little hectic.
Summary: After I got used to how the instructors corrected everyone's form, I appreciated the strong attention to detail. I found the atmosphere and ambience to be comfortable. From what I can tell, Bar Method offers the lowest-priced "new-client" price ($75 for the first month, compared to $100 elsewhere). Because of this and the great location, I would be interested in getting a Bar Method membership in the future.

The Barre Code
Visits: 4* (two at the Michigan Avenue location, two at the River North location)
Pros: Diverse class offerings such as Barre-dio (barre + cardio), Baryasa (barre + vinyasa yoga), Burn (barre done in a heated studio); accordingly, the classes had the most changeable format of any that I attended; convenient-to-me studio locations; stylish facilities
Cons: The instructors placed almost zero emphasis on proper form; when pushing students to work to the max, they were too over the top for my taste; none of them made any effort to personally interact with students or get to know them; the facilities got very cramped during class transition periods.
Summary: While I got a good workout during my classes at the Barre Code, the studios felt very impersonal to me. One of the reasons I go to workout classes in general is for the live interaction. If it wasn't for that, I'd just do a workout DVD at home. However, at Barre Code, I got almost no acknowledgement from anyone. I almost felt like I was just following a live workout video. For this reason, I would not want to get a Barre Code membership.

Pure Barre
Visits: 4* (three at the Old Town location, one at the Bucktown location)
Pros: Instructors made a strong effort to greet everyone personally and compliment you by name; they come by your side to correct your form individually with the microphone turned off; very consistent classes and instructors; the Old Town location's student population was nicely diverse. One Old Town instructor introduced me to some other students within the class, which was nice.
Cons: There were times when the music got so loud I had trouble hearing the instructor. Both locations I visited have no private changing area other than a single bathroom, and both only have open shelves to store your belongings. Neither location has lockers, locker rooms, or showers.
Summary: I'd taken classes at Pure Barre in Bucktown before, so I knew what to expect in advance. In my opinion, Pure Barre classes feel the most like a soiree versus a workout class - which is a good thing. If Pure Barre had locations that were more convenient to me, I would be interested in getting a membership. 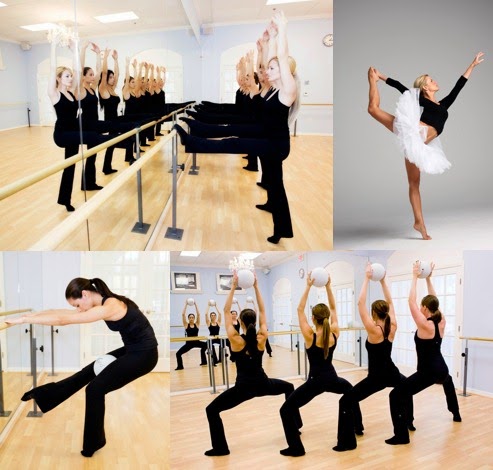 Others:
In addition to the above, I visited Zen Yoga Garage once for a yoga barre class, and I visited Bare Feet Power Yoga once for a yoga class. It's tougher for me to evaluate these two studios given the single visit to each, but here are my thoughts on both:

Bare Feet Power Yoga - The yoga class I took here was the only non-barre class I attended during my ClassPass membership. The facilities were very small. It had only one bathroom, no changing facilities, and a miniature reception area with open shelves for students to store their belongings. The class was insanely crowded, to the point where I was very uncomfortable. I was afraid that I was going to get kicked in the face by the person in front of me, and I couldn't move freely for fear of hitting those next to me and behind me. The instructor taught the class using only yoga language without providing further explanation. If you were a beginner to yoga, you would probably be completely lost. Even though this studio is just a few blocks from my home, I would probably not visit again.

Zen Yoga Garage - As the name would imply, they mostly offer yoga classes. However, I had an excellent instructor for my yoga barre class. Her cues were impeccably good and her music selection was fantastic. The facilities were nice but I wasn't quite clear on whether or not you were supposed to bring all of your own equipment, or if it was provided. The website didn't specify, either. But if I had the opportunity, I'd definitely like to check out more of their class offerings in the future. 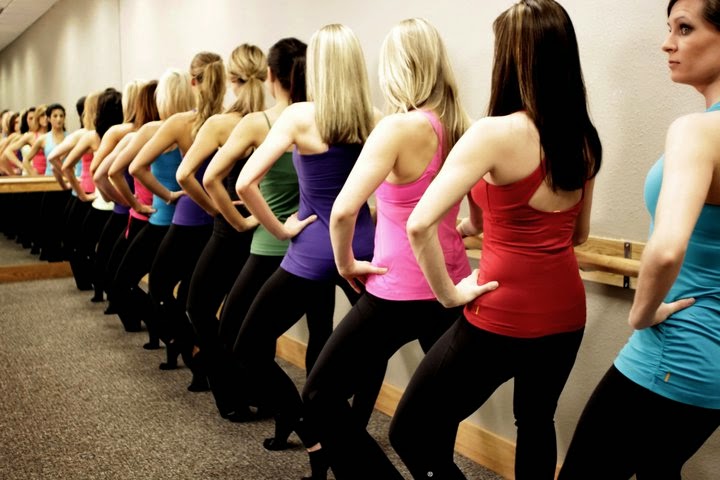 On a final note, I was thrilled with the results that I experienced from the barre classes. They targeted all of my areas of weakness, especially my hips and core. The barre classes gave me much quicker body changes in just a month compared to what running has done for me over several years.

This runner may have found a fitness pursuit that will give running a run for its money (pun intended)!!!

*ClassPass only allows you to take three classes per studio company per cycle; however, each cycle is 28 days and my membership was 30 days. In case anyone is wondering how I was able to take four classes at three places, my extra two membership days counted as a new cycle of classes. I took advantage of this at two places. I was able to schedule a fourth class at one other studio through what was probably a system glitch.
Posted by emmers712 at 4:31 PM