Greetings from Tel Aviv! After 19 hours of traveling, Adam and I arrived at our hotel Saturday night local time, then immediately hit the sack. A few hours later, I'm in a jetlag-induced state of alertness while the rest of the city is still sleeping. Time to blog. =)

I am linking up with Coco, Deborah, and Lynda for the November edition of Coffee Talk.

My first impressions of Israel are good.
We'll talk in further detail after I actually get out and start seeing things - but here are a few thoughts right off the bat:

1) I was bracing myself for massive security when clearing Customs and Immigration. However, the process ended up being a breeze. "What are you here for? How long will you be staying? Enjoy your visit." BAM.

2) I was hoping to get an Israeli stamp in my passport. No go, unfortunately (I read some sources saying Israel has done away with stamps altogether). But I did receive this arrival card, which I am hoping to keep: 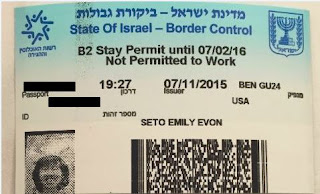 3) From what I've seen so far, Tel Aviv is an extremely hip and modern city. It's loaded with shops, restaurants, and nightlife, and the streets are filled with folks walking around. There's great energy everywhere.

I finally took the plunge on a new hairstylist.
I loved my old hairstylist and had been going to see her for many years. However, her location, hours, and availability were getting more and more inconvenient. It took me several months of ruminating and crowdsourcing before I finally decided to try a new salon.

The risk paid off in spades. I love the new stylist and was THRILLED with the much-improved convenience. Thumbs up all around! Thanks Vanitha for the great recommendation!

My haircut is a few weeks old now, but here is the before and after from the day of: 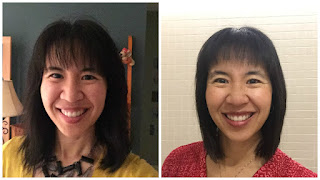 I am infamous!
Did anyone see this article with a collection of folks sharing their most awkward moments? I first read them at work and they are HILARIOUS. I was struggling to hold back from laughing uncontrollably at my desk. (I'm sure coworkers were giving me the side-eye and wondering why I was having trouble breathing in and out.)

Perhaps as a springboard from that collection, Runner's World asked folks to share their most awkward running moments. I provided an abbreviated version of this incident.

Runner's World later included it in their summary article. 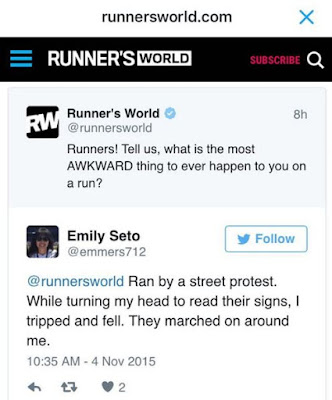 Yay for publicity (even if said publicity comes from my embarrassments)!

Thanks Maureen for finding the article and sharing with me!

Shoe demos are the best.
I had heard so much about Hoka shoes and have been very curious to find out about the hype surrounding them. I was thrilled to hear about a Hoka demo night being hosted at the Live Grit triathlon store last Tuesday.

I met up with Lauren at the event and we both tested out the Hoka Constant:
Afterwards, I also took a pair of Hoka Cliftons for a quick spin.

The verdict? Between the two, I liked the Constants better because they offered better support. But in general, I can definitely see why people like Hoka shoes so much. They are very light and springy.

After the demo, I put my own shoes back on to run home. By comparison, my shoes felt so hard and flat. It was jarring, both mentally and physically.

I'm a traditionalist so I'm not completely sold on Hokas yet - but the doors have definitely been opened for future consideration. Maybe as a rotational shoe to keep things diverse? TBD.

I am looking forward to closing out my last races in 2015.
I've got two more events coming up this year - both are "double" races. On Thanksgiving Day, I'm once again doing the PNC YMCA Turkey Trot Collins Wardle Double Gobble (a 5K and a 5-Miler). Less than two weeks later, I'll be running the Rock N Roll San Antonio Remix Challenge (a 10K on Saturday and a half marathon on Sunday).

I am nervous about finding the time to train properly amidst a very busy stretch of work and travel. 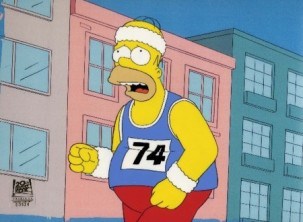 I won't kid you, it feels burdensome. I'll be happy when the races are over. This winter I am planning to give myself a solid "off-season" from running. I am excited to focus on strength-training, yoga, barre, Zumba, and maybe some indoor biking.

Your turn! What would you tell me over coffee or other beverage of choice?
Posted by emmers712 at 11:05 PM