Caffeinated beverages are almost nonexistent in my beverage repertoire.  Generally the only beverages I consume are water, fruit juice (diluted with water), and milk.  At races I might have a cup of Gatorade at the finish line, and on extremely rare occasions I might drink a glass of wine or some tea.  But I NEVER drink coffee or any carbonated beverages, and I've never tried any of those energy drinks.  If not for my mad chocolate consumption, my caffeine tolerance is probably about as close to zero as can be. 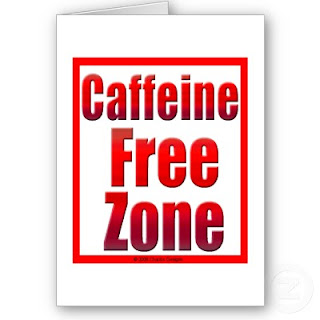 Last week I ordered a box of GU in a flavor I'd never tried before (Mint Chocolate).  When the box arrived, I excitedly tore it open but then noticed that the Mint Chocolate GU packets said "No caffeine added" on them.  This was unexpected.

GU has never caused me any kind of caffeine side effects.  However, I was admittedly not optimistic about a non-caffeinated GU giving me the same boost as a "traditional" GU.  But, I thought over time I'd conduct a statistically sound stratified sample analysis to experiment with different combinations of GU, thereby isolating the caffeine variables, including the placebo effect, to support/disprove this hypothesis.  (Sounds like I know what I'm talking about, eh?  Credit Wikipedia)

In my attempts to heal my recent aches and pains, I've really cut back my mileage over the past few weeks.  However, I am running the CARA Lakefront 10-Miler next weekend, so I wanted to get in a 10-mile training run yesterday.

I debated back and forth on trying the uncaffeinated GU in yesterday's run.  I know you're not supposed to try anything new on race day - but I also didn't want to do anything too different in what will be my only preparatory run before this race.

Adam has unfortunately been battling a sore throat over the past few days.  Yesterday he made himself some tea and asked if I wanted any.  I said sure, and randomly had a mug of green tea thinking only about all the health benefits that green tea is touted to have.


As I mentioned before, I very rarely drink tea but when I do I've honestly never had a problem with it.  However, fifteen minutes after drinking the glass of green tea yesterday, I felt eerily jittery, jumpy, and very dehydrated.  It was a terrible feeling and I've never experienced anything like it before.

I looked up remedies for reducing the effects of caffeine.  Suggestions included drinking a lot of water, consuming some food, or getting some exercise.  I proceeded to drink two enormous glasses of water.  Unfortunately I felt better only for a few minutes before the feeling of dehydration started to come back. 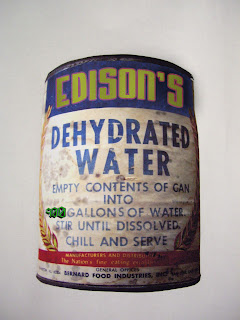 I decided it was time to go for my 10-mile run, hoping it would do dual duty and help ward off the caffeine effects.  (At this point, it was pretty obvious that more caffeine was not a good idea.  Science experiment or not, it ended up being a good time to try the uncaffeinated Mint Chocolate GU.)

The good news:
From a conditioning and endurance standpoint, I had no problem completing the 10 miles.  I even managed to do so without listening to any music at all, and didn't get bored until about mile 8.5.

The bad news:
I felt dehydrated almost the entire time, despite still intermittantly drinking a lot of water.  When I got back from the run almost two hours later, I still felt a little jittery even then.  It was a terrible feeling and it took several hours to go away completely.

Also, the Mint Chocolate GU with no added caffeine was not as effective for me compared to the "caffeinated" Chocolate Outrage or Vanilla Bean GU.  Isn't it ironic?  Don't you think?

Yes, we will cue Alanis Morissette:

Although, I guess to be really fair I should try the Mint Chocolate GU on a day when I'm not already battling caffeinated jitterbugs.

BIG LESSON LEARNED:
For me, any caffeine must really be taken in very limited amounts.  Based on this experience, I may never touch a caffeinated beverage again.  Ever.

At the very least, I cannot consume tea before going for a run or before doing anything that requires relaxed concentration (e.g. riding a unicycle, balancing golf balls, or refolding a map.)  Mayhem may ensue.  And my jitterbug is reprehensibly ugly.
Posted by emmers712 at 4:26 PM