The demand for charity

Today I read about how there are 3,000 fewer charity runners in this year's New York City Marathon, with many charity race bibs that will end up going unused.

Given the enormous demand out there for a New York City Marathon bib, I was surprised to hear this. I'm not sure what the currents odds are to obtain an entry via the registration lottery. According to this article there were over 140,000 applicants for approximately 40,000 spots in 2012. However, I've heard the odds were as low as 1 in 11 based on an individual's category. Either way, wow.


Given how much running and marathoning have risen in popularity in recent years, it is definitely getting tougher and tougher to enter the major races.

I recall that not too long ago it was possible to register for the Chicago Marathon just a few weeks away from race day. Now, people are clamoring to sign up the moment registration opens, and Chicago sells out more and more quickly every year. After last year's registration debacle, it seems likely that Chicago will go to a lotto registration system in the near future. 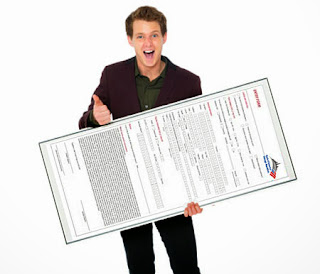 I think it is challenging to commit to a marathon or any major race so far in advance. Who knows where things may be with training, injury, or life in general six or more months from now?

These days, running for charity might become the only option for gaining entry into certain races. Why not give yourself more registration flexibility while helping to benefit a good cause, right? It seems to be getting more and more prevalent every year.

As demand increases, though, it seems that charity options also increase. Every year I see more and more charities offering marathon bib opportunities. Some of them support causes that I've never heard of, which would make it tougher for me to be vested in the cause.

Personally, I am intimidated by the thought of having to fundraise, period. I am not comfortable asking people to donate. This discomfort has roots going back to my childhood. I hated those times when I had to go door-to-door to sell candy. I also hated when I had to set up shop outside the local grocery store to sell to passersby.

From the other side, I have certainly my fair share of bad experiences in general with overzealous salespeople who won't take no for an answer. I've been put on the spot and in awkward situations by others asking me to donate.

To be clear - I do not have issue with folks that are laidback about spreading the word on their fundraising. And I obviously have no issue buying fundraising products that I truly enjoy, e.g.:


All in all, what it comes down to is that I just don't like being pressured when it comes to fundraising. And I think there is a very fine line between pressure versus influence.

Despite my discomfort with fundraising, out of curiousity I have actually looked into marathon fundraising requirements for causes that mean a lot to me. Many times the amounts are not published. But from what I've seen, it looks like fundraising minimums for the Chicago Marathon start around $500 pre-close, but rise for post-close entries.

If I ever did take the marathon fundraising plunge, the $500 range is actually an amount I'd be able to live with. Worst case scenario, I would fund the entire amount myself to help a favorite cause. However, I've heard of some fundraising minimums for organizations starting as high as $3,000, especially for races like Boston and New York. That seems like a lot.

I have friends who have fundraised by way of things like personal bake sales. You'd have to do some industrial-sized cookie-making to get to $3,000. 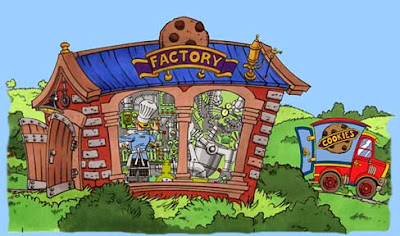 It is really a shame that so many NYCM charity race bibs will go unused. But, I can't imagine I am the only person who is intimidated by fundraising, and who also feels inundated by so many charities vying for me to join their team.

Ideally those unused NYCM bibs would somehow be repurposed to any of the thousands of people who entered the registration lottery but didn't get in. I realize, of course, that in many ways this is impractical and is not necessarily fair. Plus, this year's NYCM is probably an outlyer given what happened with Hurricane Sandy last year. But, it will be interesting to see what the trend is for charity runners further down the line, both for the NYCM and in general.