For the most part, I've had mediocre experiences with mail/parcel delivery. Never in my life have I ever received a shipment early... until this week.

I submitted an online order on Sunday and was expecting delivery either yesterday or today. What a fabulous surprise when it showed up on Tuesday! Talk about being ridiculously happy. Thank you Wrigleyville Sports and UPS for making my day!

What was in that highly-coveted, early-arriving package, you ask? Why, my new Blackhawks Panarin jersey, of course! 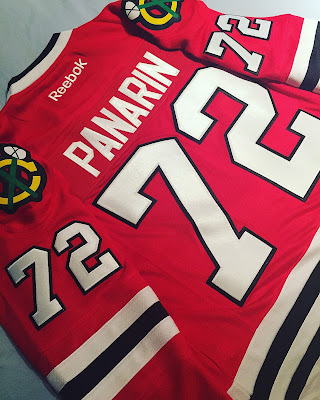 I was dying to put the new jersey to work right away (especially given my jersey history). It was burning a hole in my proverbial closet!

As timing would have it, the Hawks were playing at home that night.

Luckily/unluckily, the weather in Chicago was abysmal. The temperatures were in the single digits, the wind was howling, and the real-feel temperature was in the negative teens. BUT - crappy weather on a weeknight game day also means that last-minute ticket prices usually take a nosedive in the secondary market.

My motto for the day: Go big or go home.

An hour before face-off, I was the proud owner of tickets for two seats located five rows off the ice. 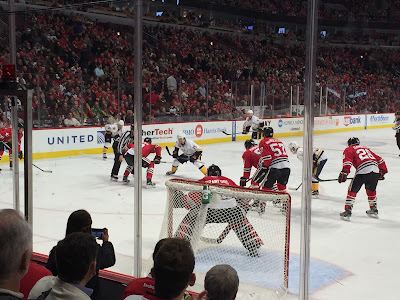 Rewinding a little bit from that game-action shot, here is a snapshot of my star jersey-wearer (#72) during the pre-game warm-ups: 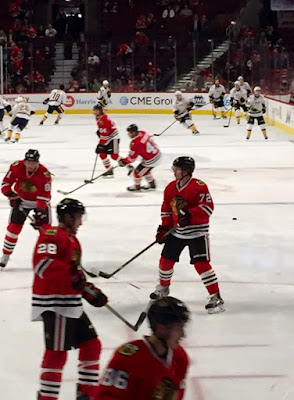 and here was the view during the pregame show: 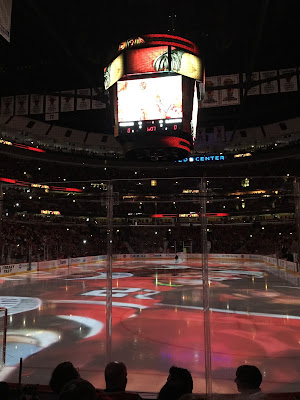 It was an incredible experience to sit so close to the action. It really made me appreciate the insane speed at which the game moves. I gained a much stronger understanding of the brutality of the hits, the wall-to-wall coverage of the shooting lanes, the challenge of seeing the plays unfolding at ice-level, and the truly mind-blowing skill that the players exhibit. We were even able to read the lips of the players talking to each other and to the officials.

I have so much renewed respect for what those players do. It is unbelievably competitive. They all make it look easy when it really is anything but.

Since I may never sit in seats like those ever again (back to the upper deck I go!), I relished the experience as thoroughly as I could!

And of course, that night wouldn't have been complete without an up-close glimpse of Adam's favorite mascot! 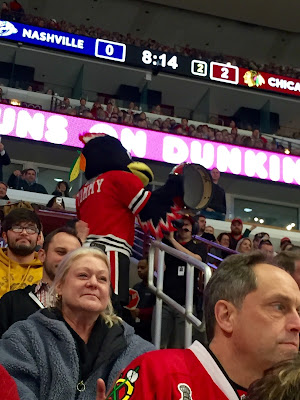