As tough as the Chicago winters can be, I'm thankful for plenty of fun things to help ward off the doldrums!

Chicago Restaurant Week
This starts two weeks from tomorrow and includes over 300 restaurants offering special pre fixe menus. I'm not a foodie by any stretch of the imagination, but I enjoy opportunities to try new restaurants (especially at good prices).

The Chicago Restaurant Week options are truly overwhelming! I've only made a reservation at one place so far (Texas de Brazil), and am still sifting through others. Off the top of my head, here are a few places that have caught my eye: 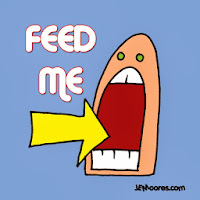 Time to start loosening my belt buckles! Or better yet, time to start wearing stretchy pants for all occasions, all the time. =D

Next, and just a few weeks after Chicago Restaurant Week, I am looking forward to...

Adam and I will be going to see Cabaret on Valentine's Day. 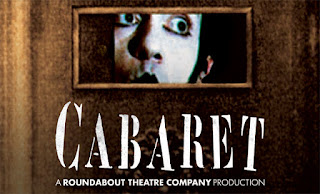 I'm also eyeing Blue Man Group. It's been around for so long and I feel like I'm one of the few people who has never seen it. This would be the perfect time to check it off the list!

This isn't part of Chicago Theater Week, but I have been wanting to see The Lion King musical. I love all things Disney and have heard rave reviews! Unfortunately, I just realized it's in town only until January 17th. Bummer, but this one will probably have to wait for another time.

Now, changing topics to something much more oppressive...

Doom Week
Adam is a Penguins fan first and a Blackhawks fan second. I am a Blackhawks fan first and a Penguins fan second. We both root for each others' teams EXCEPT when they play against each other. I call this "the doom scenario" (or just "doom" for short). No matter what happens, one of us is going to walk away unhappy at the expense of the other.
This past week, the two teams played against each other twice. On back-to-back nights. (The teams were in Pittsburgh on Tuesday night and in Chicago last night.) It made for an interesting 2 days.

Our friend Lindsay was in town to attend last night's game, so on Tuesday night, she came over to watch the away game. It was a good thing she was there because she helped keep the atmosphere light. =D 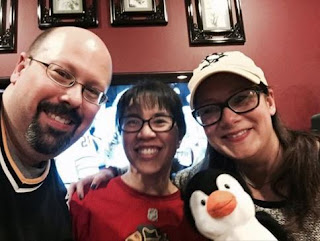 What a game that was on Tuesday night! Tons of speed, skill, and puck-possession. It was an incredibly exciting game to watch. There were times I was so nervous that I could feel my heart pounding!

Then last night, we went to the United Center to watch the two teams duke it out in person.
Last night's game was slower-paced, but it was still an incredible exhibition of talent and finesse. I love NHL hockey!!!

As it turns out, the results from both games would have led to yours truly sleeping on the floor. Oops. Thankfully, Adam and I both always keep things very respectful so there was no overnight floor occupancy.

I am thankful this year's edition of doom is now over!

A few other random notes:
--
Linking up with Amanda's Thinking Out Loud Thursdays.