Going into this morning's run, I was apprehensive about adding almost 2 miles to my previous personal distance record (13.25 miles).  It had taken me months to build my long runs from 5 miles to 10 miles.  Therefore, it didn't seem realistic to add 1-2 miles each week for the remaining duration of my marathon training.  Many experienced runners had all assured me that once you got to this point in your training, that an additional couple miles would not be a big deal.  Admittedly I was skeptical.  But it turns out they were right!

The run felt great this morning.  It was a beautiful, breezy, sunny day with temperatures in the mid-70s.  Normally during my long runs I store water and GU inside my mailbox in my building lobby.  Then I run various loops near my building so I can come back whenever I need to for hydration, etc.  Today, however, I changed my route up for some variety.  I decided to carry some GU with me and rely on neighborhood water fountains for hydration.  It worked out well, and I really enjoyed being able to explore a much, MUCH wider radius of surrounding neighborhoods while running.
﻿﻿﻿﻿﻿﻿﻿﻿
﻿﻿﻿﻿﻿﻿﻿﻿
A couple other training notes from this morning's 15-miler:

On that last note, many people might make snap decisions when they are feeling emotional, intoxicated, or ambidextrous. 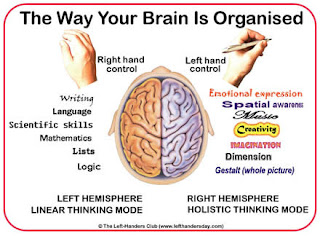 I have certainly been guilty of making decisions without thinking them through, due to all of the above conditions.  Today I added another decision-accelerating condition to the list: I make snap decisions after good training runs.

As I'd mentioned here, I have been debating back and forth on whether or not to run the Mad Dash to Madison.  I was so charged up after my 15-miler that in a frenzied fit of post-run exhilaration, I gleefully signed up for it without giving it another thought.  Go Blackhawks!!!  (I would cue Chelsea Dagger here, but for the sake of everyone's sanity other than my own I'll try to contain myself until hockey season starts.)


While I was in race-registration frenzy mode, I was also thisclose to signing up for the ZOOMA Great Lakes Half Marathon.  I know/follow the blogs of several of the race ambassadors (Hi Kim, Bobbi, and Maggie!), and this race takes place in a gorgeous Wisconsin area which I visited many times with my family growing up.  My hesitation about this race, though, is the occurrence just a few weeks after the Chicago Marathon.  (Same thing with the Disney Wine and Dine Half Marathon, which I am still dying to run, but at this point probably will not do until next year.)

Fortunately or unfortunately, conservative rationalism did get the better of me at that point.  And I reluctantly stopped before clicking any more "Confirm" buttons.

Note to self for future reference:
Keep the computer locked away for at least three hours after training runs.  This will allow some time to come down from any runner's high and resume somewhat-rationale thinking.  Otherwise risk a torrid spree of new race registrations that the body may not be able to handle.

No regrets whatsoever on signing up for Mad Dash, though.  None at all.