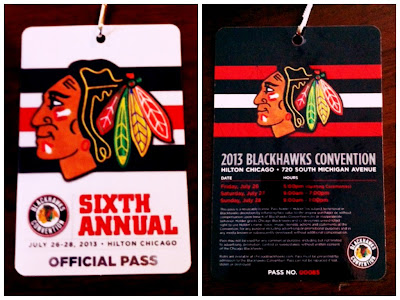 This year will be my second year attending the festivities.  I first attended the convention in 2010 after the Hawks won their fourth Stanley Cup.  How cool that I'll be attending again after they won their fifth Cup this year!

(For the record - I do NOT cherry-pick the years that I attend.  The convention passes go on sale early in the season and sell out very quickly.  The passes are long gone MONTHS before you know whether or not the team will even make the playoffs, let alone win the championship.)

Here are some flashback photos from the 2010 Hawks convention:


Details and pictures from this year's convention soon to come after this weekend.  =D

2.  This is old news now, but I have been meaning to write about my stand-up paddleboarding lesson from two weekends ago.  Better late than never, though, right?

A picture of all of us lesson-goers, courtesy of Declan:


As you can see, the weather was gorgeous that day.

Paddleboarding is quite a workout.  I thought the one-hour lesson wouldn't be enough time.  But you really use your legs and core to stabilize yourself and keep your balance, plus obviously you use your arms to paddle.  Within 20 minutes my quads and shins were burning.


It turns out that the trick for standing up on the board is to keep your eyes on the horizon the whole time instead of looking down.  It works like a charm!  Even so, I did fall off three times during the hour. Thankfully the water was very refreshing and it wasn't too difficult to get back up on the board.

I really enjoyed stand-up paddleboarding and would love to do more of it in the future!

3.  In my ever-lasting attempt to keep my food and cooking diverse, I've been on a grains-experimentation kick. 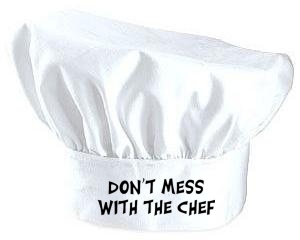 Enough with pasta, rice, potatoes, and even couscous or quinoa.  Last week I made a caprese farro salad, a couple of days ago I made mushroom barley, and right now I've got a bag of bulgur wheat waiting in the cupboard waiting to be transformed into something delicioso.

Any other suggestions on new grains to whirl up?  This is fun!
Posted by emmers712 at 8:07 PM