Greetings from Anaheim! I'm attending the NAAAP National Convention starting tonight, and last Sunday I ran the Disneyland Half Marathon. 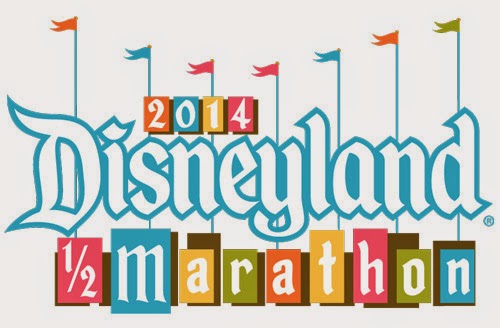 I have a lot to share about the weekend's festivities, so I am going to break up my recap into a couple of posts. Today I'll talk about the pre-race festivities, expo, and travels.


Going into race weekend, I was feeling a little uneasy. The last time I did a double-digit training run was the weekend of August 9. My right knee had been exhibiting twinges of wonkiness. My ASICS shoes, the ones that I wear for all of my long runs, have been looking prematurely worn down for their mileage and will probably need to be retired early. I haven't tested any of my other shoes for long-distance runs. Therefore, my race day options were either to wear the near-retirement ASICS or to wear untested shoes.

Given all of these concerns, it's a really good thing that Disney races are all about just having fun. I've never heard of anyone running a Disney race with a time goal in mind. Everyone is too focused on wearing costumes, taking pictures, and enjoying the course entertainment!


The weekend started off with a Friday morning flight into Los Angeles. I could immediately tell that it was a Disney race weekend because there were many folks on the plane wearing Disney race shirts.

When we arrived at LAX, I spotted a familiar face. It was Hockey Hall of Famer and Chicago Blackhawks former player/coach, Denis Savard!!!


It was awesome to meet Savvy in person. He is the perfect Chicago Blackhawks ambassador - incredibly gracious and a true gentleman. He and his wife were visiting their daughter, who lives in the Los Angeles area. (I am deducing that Savvy must have been on the same Southwest flight that Adam and I took out of Midway!?!?) What a great start to my weekend!

After wishing Savvy good travels, Adam and I hopped onto an airport shuttle. We made the long trek through Friday-of-Labor-Day-weekend traffic to our hotel in Anaheim. We checked in, then headed to Downtown Disney for dinner and the race expo.


I've been to Disney World in Orlando many times, but I haven't been to Disneyland since I was a very young child. I was excited to do a comparison between the two locations. I thought that one of the best things about Disneyland was that the parks and Downtown Disney are all within walking distance to each other. I'm used to Orlando, where everything is very spread out and requires a lot of transit time and distance. The convenience in Anaheim was really nice.

Adam and I had dinner at Naples Ristorante, then went to the expo. The crowds were heavy and the expo was pretty big. Bib pickup took place in a different building than shirt/goody bag pickup and the vendor booths. It was a little confusing trying to find my way around at first.

Once I finally collected all the pieces of my race packet, it was time to look around.

I got to meet running coach and Olympian, Jeff Galloway! 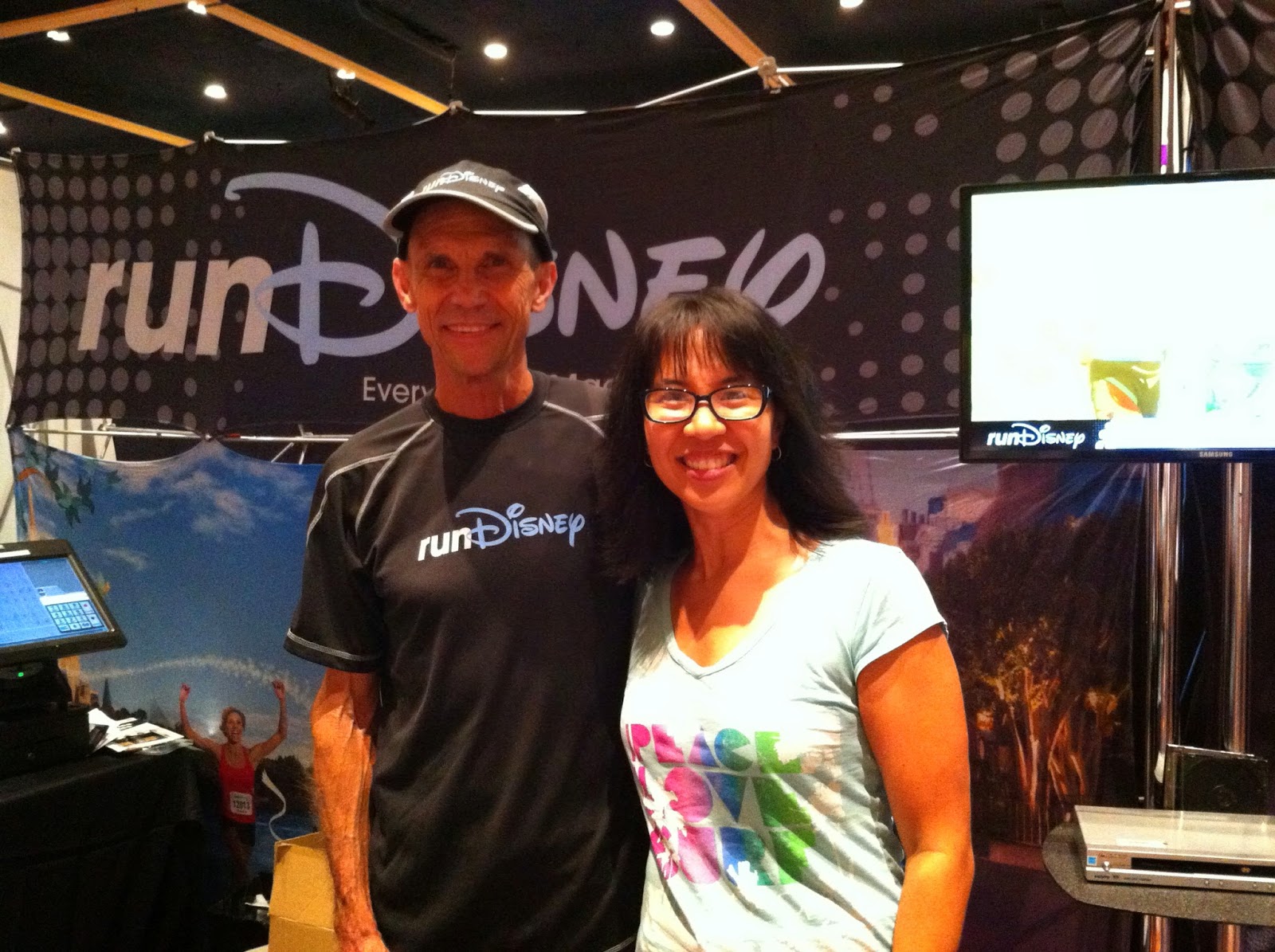 I use a lot of Jeff's training advice, therefore, it was great to talk to him in person. (When I ran the Disney Wine and Dine Half Marathon last year, he was there, as well, but I didn't see him.) Jeff is very down to earth. I bought one of his books (I got this one) and he autographed it for me. The meeting was brief since there were a lot of people in line, but Jeff was telling everyone to email him any time with any questions. Very cool!

As my expo exploration continued, I came upon the New Balance area. Surrounding me was their special line of Disney character-themed running shoes which are available for purchase only at Disney race expos.


In all seriousness, I was not planning to purchase any of the runDisney shoes. I really wasn't. But... Adam offered to get me a pair of the Minnie shoes as a present. How could I possibly turn down an offer like that!?!?! I have the sweetest and most thoughtful husband, ever.

The New Balance store was a mosh pit of customers and frenzied salespeople, and the Disney shoes were selling like hotcakes. I tried on a pair of the Minnie shoes and thought they were insanely cute. Way too cute to run in! Plus, the Minnie shoes are support running shoes and I wear neutrals. The Goofy shoes and the Cinderella shoes are neutrals, though, so I tried on a pair of the Goofies. Just for kicks (no pun intended).

Confession time. I may have walked out of the race expo with two new pairs of shoes: the Minnie shoes (Adam's present - thanks again sweetie!) for "everyday" wear, and a pair of the Goofy shoes (my present to myself) which I will actually wear to run. Quite the splurge. But, how often do I go to Disney?

(Never mind that I'm headed to Orlando in November for the Disney Wine and Dine Half Marathon.)


After departing the expo, Adam and I explored Downtown Disney for a little while longer. I really enjoyed the festivity of Downtown Disney with all of its twinkling lights, music, and live entertainment. Such a fun atmosphere on a beautiful summer evening.

The next morning, Adam and I were up bright and early to head to the parks. It helps to be operating on Central Time while being in Pacific Time! We arrived before the park opened and were able to knock out a lot of rides and attractions before the crowds starting piling up.

Side note: the first thing we did was ride Space Mountain.


This was a bit of a rough way for both of us to start out the day. I definitely don't have the same tolerance for roller coaster rides that I did when I was a teenager. Wow!

It was an extremely high priority to visit Mickey and Minnie, of course.

Adam and I spent the whole day traversing both Disneyland and Disney California Adventure. I love the parks and I wanted to take full advantage of my time there! In doing so, I definitely ensured that I would be running the half marathon on completely unrested legs. =D

Time to prepare for my 4:00 AM alarm clock the next morning.