When I wrote up my Stanley Cup Finals predictions back in 2013, I constructed head-to-head comparisons on the forwards, defense, goaltending, special teams, and coaching.

This year, I was inspired by this article to take my predictions in a slightly different direction.

Who wins and in how many games?
Blackhawks in six (although I am tempted to say five).

My playoff predictions record is 11-3 so far this year (see here, here, and here). The funny thing is that two of my mis-picks were due to selecting against Tampa. Go figure, eh? Hopefully that will change this round.

NOTE: Adam is actually 14-0 in his predictions this year! How about that?

While I will certainly take the Hawks winning another championship in whatever way they can, I would LOVE to see them finally clinch on home ice. Can you imagine the mayhem!?!?!? 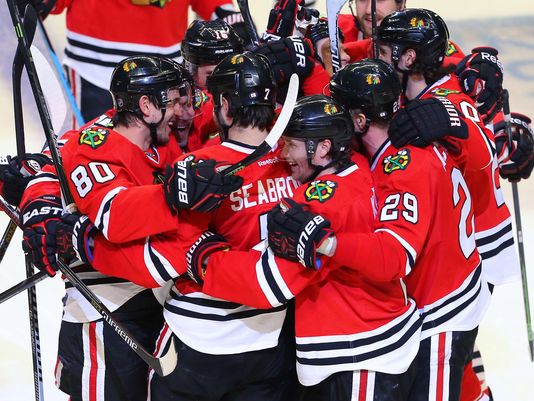 The Conn Smythe Winner will be...
Duncan Keith. The guy is an absolute beast and his impact in the game has been priceless. I've never seen anyone shoulder the amount of minutes that Keith has, amidst multiple triple-OT games, yet look like he is barely breaking a sweat. Did a group of scientists create him in some top-secret hockey-gene laboratory somewhere, unbeknownst to the rest of the NHL?

Very strong honorable mentions go to Patrick Kane and Jonathan Toews for their dazzling offensive firepower, leadership, and uncanny ability to take the game to the next level.

The series' bigger X-factor will be...
Team depth and the number of players who can step up when it matters the most.

When I thought about potential X-factors, there were so many choices. Tops on my list were goaltending and special teams. But - I think the Hawks are loaded with strong players who have not fully showcased their talents in this year's playoffs (Bryan Bickell and Patrick Sharp are the first two that come to mind). I look forward to seeing some of these guys now impacting their presence with authority.

What will we remember most about this Stanley Cup Final?
This Final will continue to solidify the Blackhawks as a modern-day dynasty in the salary cap era. Three championships in six years? Five conference finals in seven years? Bring it home, baby.

Whose legacy will be impacted the most?
Jonathan Toews. The captain of all captains. He can literally will the entire team to victory. He is unparalleled in his poise, leadership, and ability to raise his game at all ends of the ice.
Honorable mentions: Coach Joel Quenneville for his consistent mastermind successes while juggling a bevvy of roster moves; Stan Bowman both for constructing championship teams and for being able to rebuild/retool so quickly; and Duncan Keith for all the reasons I mentioned above.

Other special mentions:
I think Brent Seabrook and Brandon Saad are having incredible playoff runs.
I also give enormous kudos to Niklas Hjalmarsson and Johnny Oduya for their yeoman work on the blue line. Huge credit to Corey Crawford, too, for his exceptional resilience in the net. 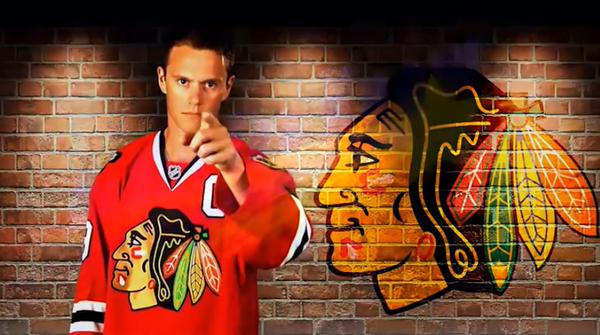 I can't wait for the games to begin tomorrow night.