As usual, linking up with Amanda's Thinking Out Loud Thursdays.

1. "Make no little plans." - Daniel Burnham
I was thrilled to learn that Leonardo DiCaprio and Martin Scorsese are teaming up to create a movie version of the novel, Devil in the White City by Erik Larson. 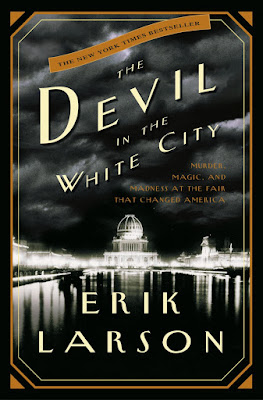 I read this book many years ago when it was first published. It was a fascinating read. I thoroughly enjoyed learning about the World's Fair in Chicago and about legendary architect Daniel Burnham.

I am inspired now to re-read the book prior to the film release. It'll be great to see how they adapt the story to the big screen!

2. "Did he know that I knew that he knew who I was?" - Don Tillman
Since we are talking about books, I read The Rosie Project by Graeme Simsion for book club this month. 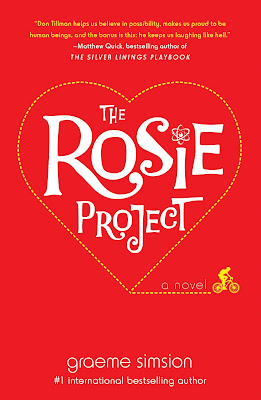 Love love LOVED it!!! There was so much humor woven throughout the story, both subtly and overtly. The main character, Don Tillman, reminds me of someone I once worked with who was extremely literal. (E.g., if you told him you needed a minute, he set his watch for exactly 60 seconds!) The conclusion had me guessing up until the very end, too.

If you haven't already seen this video of him dancing at Devin Setoguchi's wedding along with Jason Demers, it is hilarious:

4. Insta-Twit-bots
Recently I've experienced an uptick of folks/companies who follow me on Instagram or Twitter for a few days, then unfollow me. Is this the latest spammer/advertising strategy? And/or is this just a thinly veiled attempt for them to scrounge up followers? 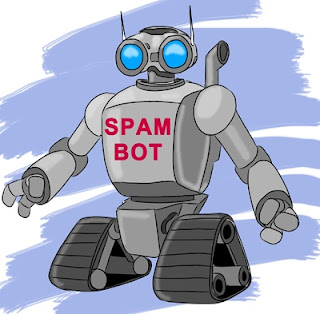 5. Spiraling into oblivion
I finally jumped on the bandwagon and bought a food spiralizer!

Right now I'm working my way up the learning curve. I made zoodles and tried to saute them, but they became watery and began to disintegrate. I attempted to make apple spirals but they didn't hold their shape.

Next, I plan to attempt a healthified imitation of Arby's curly fries via this recipe. Here is hoping the finished product looks something (anything!) like this: 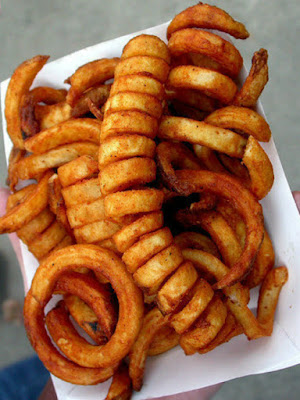 6. Mini-madness
Has anyone experienced what I will call rest-day madness? During a few recent rest days, I was a bottomless pit of hunger, underwent all kinds of random aches and pains, and felt heavy and lethargic. I think it's similar to marathon taper symptoms, but on a condensed scale. Keep the chocolate and fatty desserts/snacks away from me on those days!!! 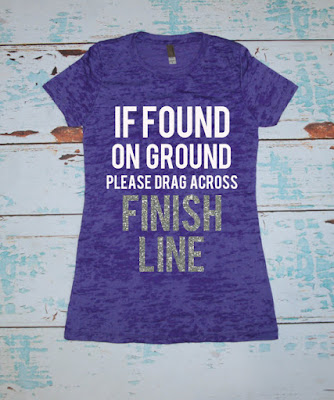