Over the past few days, I've encountered three separate instances of running amuck in either a literal or figurative sense.

This past Sunday, I had a fabulously craptastic run. I got started too late in the morning. The sun and humidity were already rearing their ugly heads. My legs felt like lead weights. It was a huge struggle to maintain even the slowest of paces. 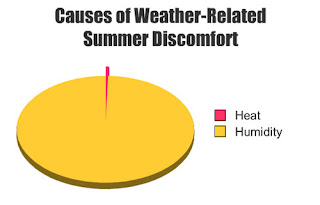 I slugged through three miles and thought about calling it quits. But these days I'm trying to make my short runs a minimum of four miles, so I pushed on. Thankfully that last mile, while still miserable, felt much better than the other three. Funny how the body can feel so different from mile to mile, eh? It was good to be reminded that even if a run feels awful, it doesn't always mean it will stay that way.

I would be lying if I said I wasn't a little nervous about running Fort2Base this Sunday. If the conditions are anything similar to what we've been having these past few weeks, it's gonna be a LONG race. Fingers crossed that Mother Nature will be kind!

On that note, Natalie mentioned that before I arrived, she saw a parachute act looked like it had gone terribly wrong. I'll spare the details, but it sounded horrific. Especially when witnessed by the thousands upon thousands of people lined along the lakefront.

The next day, I learned that the man involved in that act had tragically passed away. So awful and so heartbreaking! My prayers go out to the man's family.

My wallet is suddenly much lighter. Blackhawks single-game tickets for the 2015-16 season went on sale yesterday at 10:00 AM. A few minutes beforehand, I was logged into Ticketmaster and furiously refreshing my browser. When the sale opened, I went crazy and bought tickets to four games:
Adam also picked up tickets for January 6 versus the Penguins.

I was feeling unsettled for splurging on all those tickets. Then I read a Forbes article on the secondary market's skyrocketing prices. Good lord. I've said for several years that the Blackhawks couldn't possibly get any more popular - yet every year they still do! 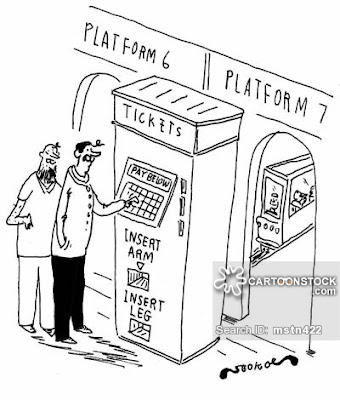