Last Saturday was my second year running the Cinco de Miler. Last year the race was a blast with a fantastic shirt and one of my all-time favorite medals. The swag alone motivated me to sign up again this year!

On race morning, Marcia was so gracious to pick me up and drive to the race. Enroute, the weather was very sketchy - it was raining, windy, and we saw some flashes of lightning in the sky. Yikes!

We arrived on site to find everything shuttered down, and wondered if they were cancelling the event? It turns out the race organizers had sent everyone to one of the underground parking garages to take cover from the elements. A few minutes later, they gave the "all clear" and hordes of folks came streaming out.

This was the scene at the starting line. Notice the flying of both the Mexican and American flags: 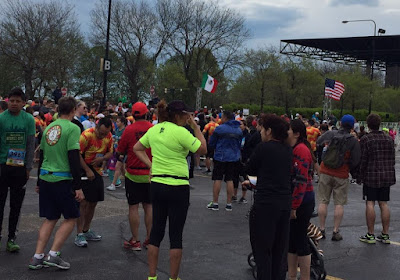 Lots of folks were dressed festively for the occasion, like these two (the person on the left is wearing the awesome race shirt): 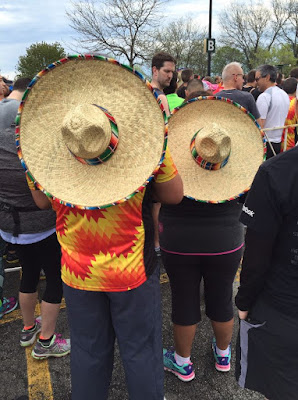 After a celebratory rendition of the Mexican and U.S. national anthems, we were off!

Marcia and I kept the pace comfortable and chatted away while we were running. It was really great to have the time to catch up with her.

The course was an out-and-back along Lake Shore Drive and the lakefront path. As the race progressed, the skies cleared up, but the wind didn't stop. On the outbound, the wind was at our backs - and as soon as we hit the return, we were met with an ENORMOUS wall of wind. Holy cow! I was super thankful to have Marcia's company, otherwise, I would have been miserable pushing through that wind. There were times it reminded me of being on a treadmill because I was exerting so much effort but felt like I was barely moving forward.

Let's go into photo-recap mode. Here is some of the gorgeous scenery along the course: 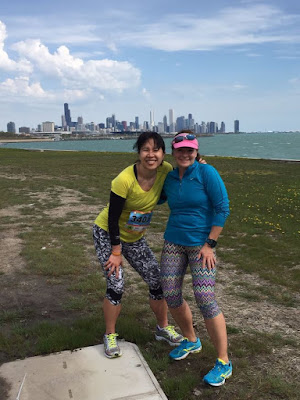 A mariachi band was playing at one of the aid stations: 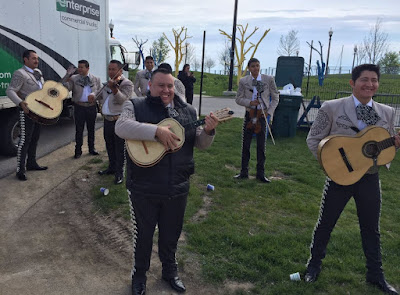 It was so windy that most of the garbage bins had blown down and were lying in various states of ruin everywhere the eye could see: 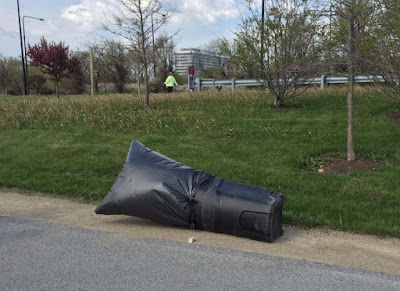 Marcia and me after crossing the finish line: 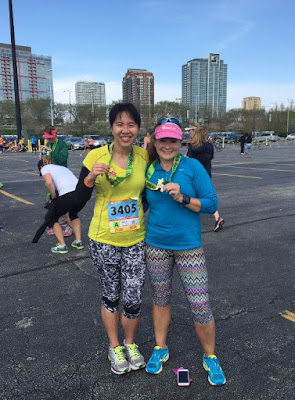 The adorable donkey medal doubles as a bottle-opener: 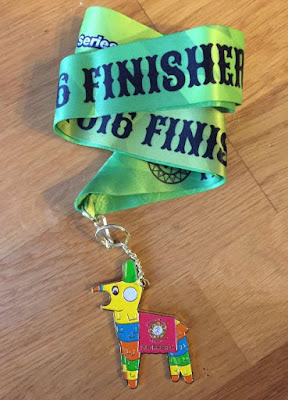 Marcia tracked our moving time (i.e., adjusted to exclude all of our photo stops, etc), which came out to 48:14. Our unadjusted/official time was 49:41.

Here's a panoramic view of the post-race festival with a nice view of Soldier Field and the skyline in the backdrop:

The crowds swarmed the beer tents, of course: 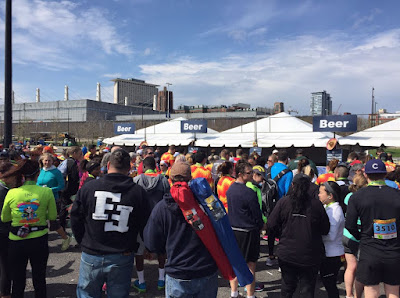 Post-race food offerings included a tamale, chips, and salsa. I missed the horchata and churros they served last year, but still enjoyed the selection. I love refueling with salty foods.

Marcia noticed the mechanical bull rides at the post-race party had almost no line, so we popped in. While we were waiting, we noticed this woman's beautiful themed top. She told us she made it herself! 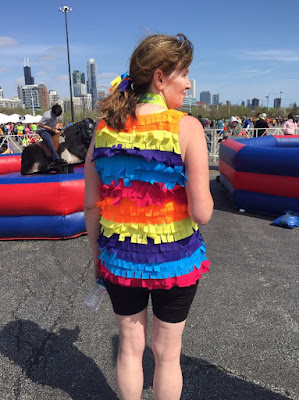 Time for me to embark on my inaugural mechanical bull ride. I didn't realize how tall the bull is! It was a lumbering struggle for me to get on. 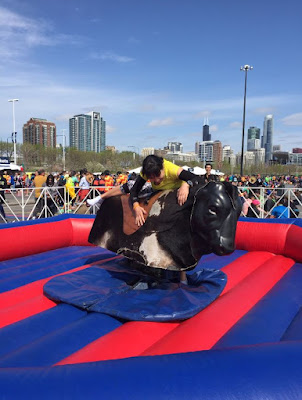 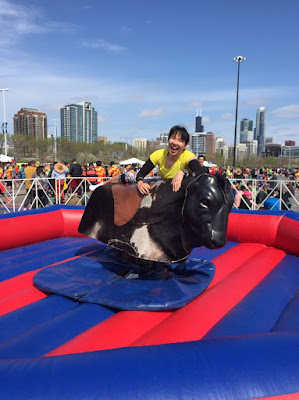 After taking a few steps back and getting a running start, I finally managed to kind of springboard myself on. Yee-haw!!! 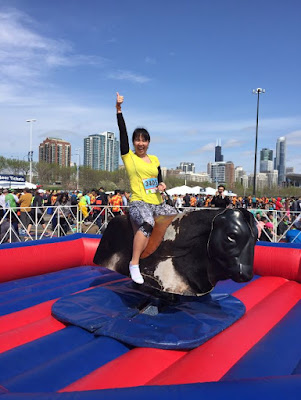 My triumph was extremely short-lived. Not even a half-second after the bull started moving, I took a nosedive and went SPLAT: 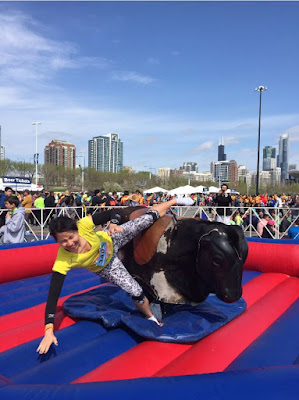 Thanks to Marcia for getting these action photos of me! I fully understand now why the mechanical bull is set up in the middle of a giant inflatable platform. =D Marcia had much better luck on the mechanical bull than I did, by the way. Check out her full race recap here.

And so ends my second running of the Cinco de Miler! Despite the crazy winds, I had a great time at the festivities. I might need to add mechanical bull-riding to my training plan, though, heh. Until the next time!

My next race: the Super Sunny 5K on June 4