I'm linking up with Coco, Deborah, and Lynda for the May edition of Coffee Talk.

I had an unnerving incident earlier this week. On Wednesday night, I made salmon for dinner. (I used this recipe less the butter, in case anyone is curious.) Adam and I were watching the Penguins game, plus I was starving. This meant I was scarfing my food down without really paying attention. All of a sudden, I got a fish bone lodged in my throat. 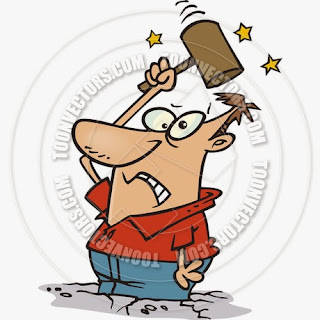 It didn't affect my breathing or create any life-threatening danger, but it was an awful feeling. I tried a half-dozen home remedies and nothing worked. After an uneasy overnight, I went to an urgent care facility to learn they weren't equipped to help. I was set to see an ENT doctor next. Meanwhile, I had terrifying visions of what the treatment process might entail.

My discomfort lasted a total of almost 15 hours. Then... somehow the problem miraculously resolved itself. No doctor's visit ended up being necessary. I don't know how, why, or what happened for the problem to go away, but thank God it did.

Folks, I can't even begin to tell you how grateful I now am to have an unobstructed throat. I will never again take it for granted. Lessons learned: Always chew your food thoroughly, and never eat mindlessly (for various reasons). 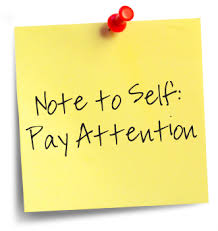 And now, moving on to a much more pleasant topic!

One of my latest health goals is to improve my breakfast habits. In the past, I wouldn't eat any breakfast until I got to the office. Many times I get pulled into something as soon as I arrive - which means I might not eat anything until 9:30 or even 10:00. When the time came to eat, the usual breakfast was usually a banana plus either oatmeal or cereal. Then I would start getting hungry soon after. This made it difficult for me to maintain productivity, plus it was harder to keep control of my subsequent eating. 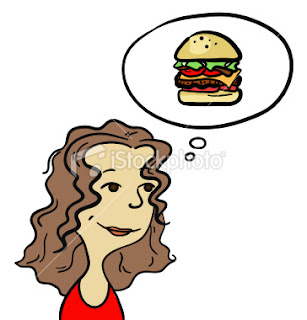 Something had to change. I've recently started trying to wake up a few minutes earlier to have a more protein-filled breakfast earlier in the morning. Usually this means making variations of an egg sandwich at home. Occasionally I've been going to the company cafeteria to get an omelette or breakfast wrap.

The heartier breakfasts have made a HUGE difference. My productivity is up at least a million percent. =) I am excited to keep this practice going and experiment with new breakfast recipes along the way.

Wanderlust is taking me by storm. I renewed my passport a few weeks ago. Now I am itching badly - very badly - to put the new passport to good use. There's no point to having a blank passport sitting around, right? All schemes abound on what the inaugural stamp might be.

That leads me to the next question of where to go?
Adam and I have talked about Scotland and/or the British Isles as well as Iceland. Also currently on the top of my wish-list are South Africa, Kenya, Tanzania, Fiji or Tahiti, and Vietnam. Closer to home, I've never been to the Dominican Republic or Jamaica.

From a North American perspective, it's been a long time since I've gone to Vancouver or Quebec City. I've never been to Ottawa, although I've always envisioned going there in the winter to skate down the canal. Domestically, while no passport is required (yet), I've never been to Santa Fe or Yellowstone, and would also like to spend more time exploring Colorado.

Now - as much fun as I have dreaming about all these fabulous destinations, in reality I'm having a tough time finding good airfare.

Talk about being jolted back to reality. It's become so difficult to book mileage flights unless you plan out super far in advance. The new passport now lies in an agonizing state of wait while the search continues.

Who watches or watched the Downton Abbey series? I've never seen it, but have heard very positive reviews. After sharing this with my in-laws in Pittsburgh last week, they very generously gave us the series on DVD (thank you again)!

I am preparing to dig in soon. I'm not sure if this is the type of series you'd want to binge-watch in a compressed timeframe?????? 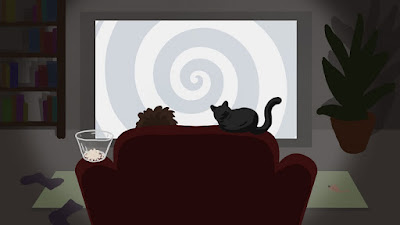 By the way, I keep wanting to call it Downtown Abbey instead of Downton. Argh!

I'm looking forward to a fun weekend, including Mother's Day! Tomorrow, Marcia and I are running the Cinco de Miler. I had a great time at the event last year, and this year's race shirt has already won me over. Here's a picture from the race website: 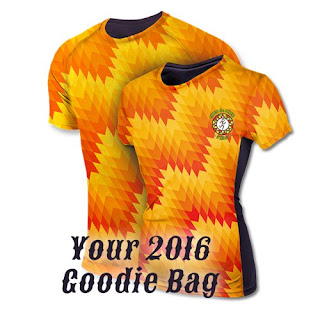 After much debate, I also snagged two last-minute tickets to see Alton Brown's Eat Your Science tomorrow. I used to be a huge fan of Alton's TV show Good Eats. I also liked his play-by-play analysis and color commentary on Iron Chef America. I am intrigued to see what he's got up his sleeves during a live show! 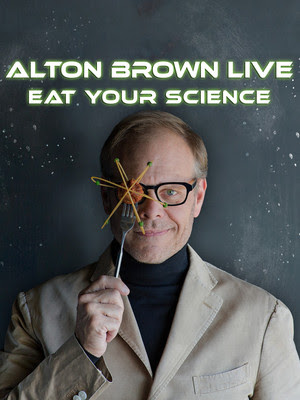 On Sunday, we'll be celebrating Mother's Day aboard a Lake Michigan brunch cruise. I always thoroughly enjoy these lakefront cruises and the weather in Chicago has finally turned springlike. It should be a really great time. I can't wait to get some sunshine and start replenishing the Vitamin D!
What about you? What would you tell me over coffee or your beverage of choice?
Posted by emmers712 at 6:31 PM