Yesterday I ran the inaugural Chicago Get Lucky Half Marathon.  Due to the early onslaught of summertime temperatures in Chicago, it turned out to be much more challenging than expected.

It's been in the 80s here for the last five days in a row, also setting temperature records for five straight days.  Add to this that we've literally skipped spring and went straight from winter to summer.  Ten days ago I think the temps were in the 30s.  It's been like going from the freezer to the oven.

I woke up in the morning around 7:30 AM, ate my usual breakfast of cereal and a banana, and drank a few big glasses of water as early as I could.

Adam very kindly drove me to the starting area, which turned out to be hugely the right move.  I had originally planned to take the CTA green line to the Roosevelt stop, which I thought was just a couple blocks away from the starting line.  The actual starting line was much farther from the train stop than anticipated.  Had I taken the train I would not have allowed myself the time to walk the extra distance, and might have been late to the start.

The race was both a 7K race as well as a half marathon, and the half marathon race population turned out to be very small.  I later found out there were only 360 half marathon finishers (I don't know how many DNFs there were).  I made a quick portapotty stop, then listened to a recorded rendition of the national anthem while waiting for my Garmin to load up.  An air horn sounded and off we went. 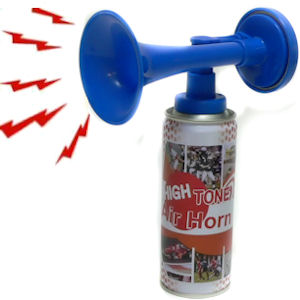 There were no timing splits at any of the mile markers, which I've never experienced in a race before.  However, I had read race reviews on this organizer and knew this was a possibility, so I was prepared to hit the "Lap" button on my Garmin at each mile marker.  There was no mile marker at Mile 2, so I thought they were only marking every other mile - but Mile 2 ended up being the only one missing.

I was definitely feeling the temperatures, but a slight breeze off the lake helped a little.  The race's website said that there would be aid stations every 2 to 2.5 miles.  At 1.5 miles I was already starting to feel thirsty, so I was looking forward to the first aid station.  However, the first aid station didn't come up until about 3.2 miles in.
I had brought three GUs with me and had been planning on taking one about every 3.5 to 4 miles starting around mile 4.  Given how far along the first aid station was, I went ahead and took my first GU there.  I grabbed two cups of water from a volunteer but both were only about a third full.  It wasn't enough water for me with the GU, but the aid station consisted of only about two tables and I didn't feel like backtracking.  I decided to keep going, and was finally able to get enough water at the next aid station a few miles later.  I was careful throughout the rest of the aid stations to get cups that were at least three-quarters full.

Going into the race, I had been worried about my knee issues or hip issues acting up.  I felt intermittant left hip and knee pain here and there, but thankfully nothing that caused real issue.  However, I did get some unexpected skin chafing from my shorts and sports bra.  It was painful and I was regretting not using any Bodyglide.

I had my music on the whole race, but I didn't pay a lot of attention to it.  I was more focused on trying to hug the curves of the path and making any passes on the inside curve.  The course took place almost entirely on the lakefront path, which was still open to the public.  Therefore, I also had to be careful to avoid colliding with any bicyclists, inline skaters, or people with their strollers and dogs, all of which came from both directions.  A few fellow racers had some close calls and got into some angry shouting matches.
My longest training run prior to the race was 11 miles, which I had done two weeks ago with relative ease.  Therefore, I had felt pretty confident going into the race and I was maintaining a comfortable pace amidst the heat.  But then, around mile 9, fatigue starting setting in very quickly.  Mentally, this put quite a damper on since I had really not anticipated being so tired that early.  Those last four miles were tough.  The sun and heat felt relentless.  I was trying to avoid taking any walk breaks for fear that I wouldn't be able to resume running, but my legs felt like they were being weighed down by lead. 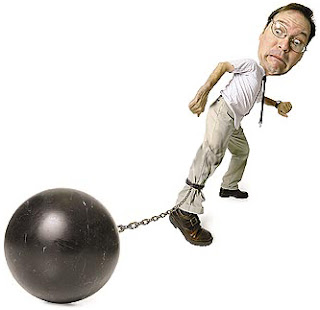 Around mile 12 my sweat started feeling cold, which made me nervous.  I wondered if it was a prelude to throwing up and tried not to think about it.  I cranked up the most energizing music I could find on my MP3 player.  Unfortunately I was so tired that the music didn't really help.

Around 12.5, I started seeing cheering race marshalls who all yelled, "You're so close!  Keep going!  You're almost there!"  (I didn't really believe them, though, because I think everyone always tells you you're so close even if you're not.)

I saw Adam around mile 13, smiling and waving his Terrible Towel (this was a preset arrangement to help me find him in the crowd).  It was such a welcome sight! 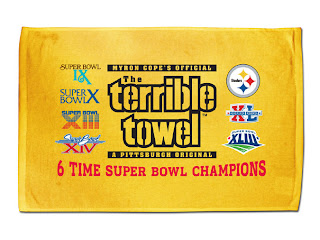 Adam jumped in and ran with me to the finish line, stepping off to the side at the very end.  It helped to momentarily take my mind off of my overwhelming fatigue.  My official finishing time was 2:34:10.  It was a lot slower than I was targeting, but the heat had a much larger impact than I was expecting.  At that point I was just happy to have finished.

My legs were aching and it hurt to stand without moving, so we kept walking around.  Thankfully I never felt like I was ever truly in danger of throwing up!  After a few minutes with some food and beverage I started to feel human again.

After getting home I took my first-ever ice bath, which I had always been terrified of doing but it felt terrific.  I then showered, foam rolled, stretched, and put on my compression sleeves.  Some quality time with the couch combined with some Bacino's Chicago-style deep dish spinach and mushroom pizza for dinner, and I was almost as good as new.