I have trained alone my entire running career because I enjoy the personal time.  However, as I mentioned in an earlier post, I had heard countless testimonials on how fun it was to run with a group.  After hearing about The Scout Running Club with its free Tuesday night 5K runs, free food, and giveaways, I gave it a go this evening.

I was looking forward to meeting other runners, and I was definitely ready for a change of scenery from my usual routes spanning the West Loop.  The route that the group run takes affords spectacular views of the Chicago city skyline.  The weather was beautiful, too - temps in the upper 50s, no wind.  Perfect night for a run. 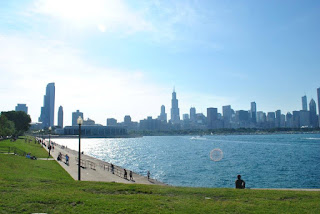 Things went downhill from that point.  When I arrived at the meeting place (a bar/restaurant), it was mobbed with runners standing around in tight groups talking.  However, there were no signs directing where to register or anything.  I tried to work my way through the crowd to see if there was a line of people anywhere, or if there was a registration table.  Nothing.  Finally, after a few minutes of looking around, someone asked me if I needed to register and pointed me to a table with a sign-in sheet.  I asked if there was a place to store gear, and he pointed me to a back room.  I signed in as quickly as I could, frantically pushed through the crowd to drop off my gear, then searched for a bathroom. 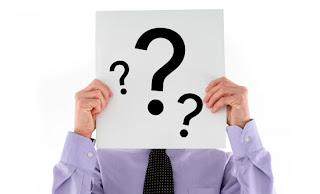 I had arrived at about 6:20, with the group run departing at 6:30.  But since it took me so long to figure out where to sign in, I missed some leader announcements while I was in the bathroom.  I came out and saw the same scene of people standing around in groups, so I thought perhaps the group run hadn't left yet.  It seemed like everyone already knew each other and that all were engrossed in conversation.  I figured we'd be leaving momentarily so I waited awkwardly off to the side.  I eventually asked someone what the announcement was that I missed.  Turns out they had announced that the slower pace groups were getting started, and the faster pace groups would start in subsequent waves.

The pace group I wanted to run with was long gone by then, so I went with the next departing group.  Unfortunately it was a pace group that was a good 2 minutes per mile faster than me, but I didn't have much choice at that point.  Sadly, this was pretty much my worst case scenario.  Since I'm a pretty slow runner, my biggest concern with group runs is that I will get left behind.  Sure enough, as soon as the group started, I fell behind in a cloud of dust. 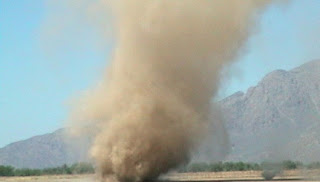 I tried my best to keep the group within sight, but by my standards they were motoring.  Soon I was running completely by myself.  Thankfully, I know the path very well so at least I didn't have to worry about getting lost.  I always listen to music when I run, but since I thought I would be running with a group I had left my MP3 player behind.  The silence was deafening and I was wishing that I had my headphones to keep me entertained.

The faster pace groups that had departed after me started catching up to me.  Runners began effortlessly passing me left and right.  It was discouraging.  Some of them shouted, "Good job, keep it up!" to me as they whizzed past me.  It was very nice of them to cheer me on, but it is still disheartening to get passed by entire crowds of runners.

I ended up running almost the entire 5K by myself.  After finishing, I went back to the bar/restaurant where they had salad, pasta, and water for us.  After waiting in a long line to get food, I came back out to find that every single table was completely full and there was no place to sit.  Again it seemed like every table was jammed with people that already knew each other.  I made a few circles looking for a place to sit or a table to join, but there was literally nothing.  Again feeling awkward, I found a few square feet of empty space and ate standing up.  I wasn't in the mood to try to break into one of the tables of people to try to introduce myself and make conversation.  Certainly nobody seemed interested in trying to draw me into any of their conversations, either.  At that point, I decided to leave. 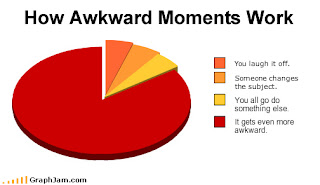 I realize that I might have had a better experience had I been able to run with an appropriate pace group.  However, in general, I did not find the crowd to be very welcoming to new folks.  It didn't seem like anyone was really interested in meeting new people - it seemed like most people were there to hang out with a group of existing friends.  The awkwardness factor was obviously upped by the fact that I was there by myself.  Maybe if I went with a friend it would have helped.

Additionally, I didn't like how the slower pace groups started first.  In races, the faster pace groups always go first so that there isn't congestion on the course or at the post-race food lines.  Having the faster pace groups start last resulted in lots of passing and a long line for food.  Admittedly, there probably would have been a long line regardless, since there were so many people there.  Either way, though, it wasn't fun when there wasn't even enough room for me to find a place to sit, let alone the dozens of people that had been standing in line behind me. 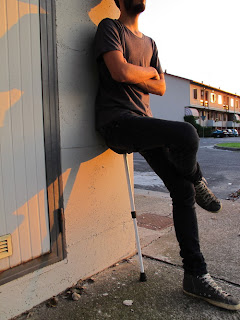 In summary, while I did not have the best experience tonight, I am still glad that I pushed myself to try this running club.  It was neat to be surrounded by so many runners in a training setting, versus a race setting.  It was also enjoyable to be able to run such a scenic route along the lakefront path.  However, since I didn't find the crowd to be very open for newcomers and I didn't enjoy the post-run gathering, I am not very enthused about participating again.  At this point I don't intend to go back.
Posted by emmers712 at 10:55 PM