How Garmin made a frustrating situation even worse

Last September, I spent a long time researching runners' GPS watches.  It is not an inexpensive product, so I wanted to make an informed choice.  Ultimately I went with the Garmin Forerunner 305.

The majority of the Garmin 305's product reviews were extremely positive.  However, there were certainly a noticeable population of reviews complaining about its lack of durability, its design flaws, and Garmin's poor customer service.  I figured that almost every product out there has its naysayers - but given how overwhelmingly positive most reviews were, I didn't let the naysayers deter me.

In the last 24 hours, I have realized that I probably should have paid more credence to those negative reviews.  A LOT more credence. 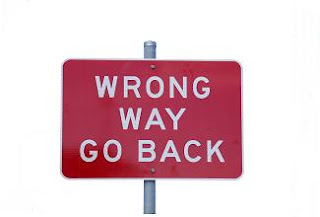 My Garmin watch is less than 8 months old and up until recently I've never had any problems with it.  Then last night, with it giving me fervent low-battery warnings, I plugged it in to charge it.  Nothing happened.  The watch wouldn't charge and did not even recognize the charger.

I did some internet-based troubleshooting.  Suggested remedies included cleaning all contact points with an eraser and some alcohol pads, pushing the watch down into the charger, and trying different outlet/cord combinations.  None of them worked for me.  Finally I tried doing both a soft and hard reset on the watch.  Still nothing.

Garmin's technical support closes at 5:00 PM on Fridays and is not open on weekends, so I was looking at waiting until Monday morning to get resolution.  Anxious to use my Garmin watch over the weekend, and also anxious to be able to use it on a quickly-approaching European vacation, this afternoon I took it to the Garmin store on Michigan Avenue.

I waited while two employees helped one customer (more like one employee was helping while the other one looked on).  Finally a third employee named Gary came by to help me.  I told Gary I needed some help with my Garmin watch.  He immediately said, "It'll cost $19.99 for us to just look at your watch.  If any parts need to be replaced or if we need to do any work on it, that'll be additional cost." 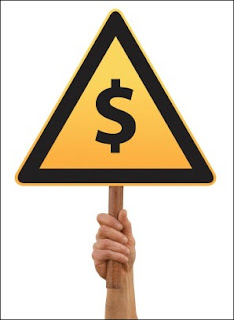 I explained that the watch simply wasn't charging, so all I needed was to be able to determine if it was the watch or the charger or both.  I also mentioned that the watch was less than a year old, so it was still under warranty.  He said, "I understand, but it'll still be $19.99 for us to look at it."  After more reasoning with him, he finally relented.

It took Gary less than 15 seconds to determine that the charger cradle was malfunctioning but the watch itself was fine.  He told me, "Go back to the register and tell them about it, and they'll take care of you."

I followed his instructions.  The employee promptly pulled out a new cradle and said, "That'll be $25."

I protested, and explained the watch was less than 8 months old and still under warranty.  She said, "We can't do warranty exchanges here.  I can't give you a new cradle.  That would be theft on my part.  You'll need to call the nationwide customer service hotline." 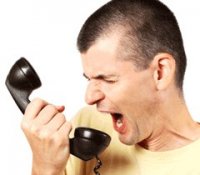 I tried reasoning with her that I was just looking to exchange a faulty part, so there would be no "theft," and that customer service was closed on weekends.  She just kept repeating, "I understand, but I can't do anything for you here.  You need to call the hotline."

I asked her what she could do to help.  She suggested that I just buy the new cradle and then return it after I'd had a chance to get a warranty replacement.  But then she said that returning anything would be subject to a 15% restocking fee. 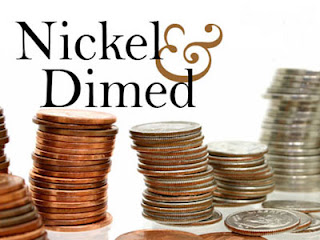 I asked to speak to the manager, who turned out to be Gary.  Gary repeated that they couldn't do anything for me, and that I needed to call the customer service hotline.

At that point, I gave up and left, feeling very frustrated and annoyed. 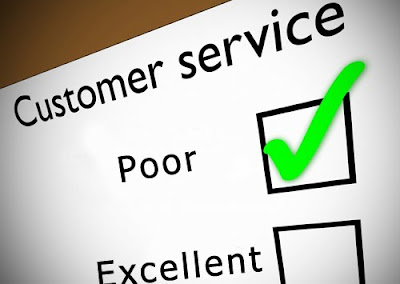 I am appalled at how poor Garmin's customer service was, especially given how expensive their products are.  I was frustrated enough that the watch was already malfunctioning within 8 months of purchase.  But I would have been mollified if the store employees had put forth some effort to work out a reasonable solution, or if their customer service hotline was open for at least some portion of the weekend.

Up until this point, I was very happy with my Garmin 305 and had spoken very highly of it to friends and colleagues.  However, after this experience I will no longer be recommending my Garmin watch.  And I will certainly think twice before purchasing any more Garmin products.

So I am currently Garminless for the forseeable future.  Thankfully, I had heard about the FREE RunKeeper app (thanks to Amy, who first clued me in on this tool with her review last month).  It basically does what a Garmin GPS watch does, but utilizes your iPhone as the interface instead.  No better time than now to give RunKeeper a whirl as an alternative, right?  I'll be testing RunKeeper out for the first time tomorrow!
Posted by emmers712 at 5:47 PM