There went another decade of my life expectancy last night after watching the Hawks' triple-overtime victory against the Bruins.  To quote Doc Emrick, "MY GOODNESS!"  What a series this is going to be!  I was so relieved when the Hawks finally scored that I didn't know if I should laugh, cry, or wind my watch.  (Yes, Penguins fans, that was a Mike Lange reference.  ;-) )

I continue to be so inspired by the Blackhawks and their incredible resiliency.  The level of athletic prowess that is required to play in games like this just blows my mind.  When I'm out running long races and I'm dying at mile whatever, at least I know exactly how long I have to go before I can head home.  Comparatively, in these overtime playoff games, the players literally have no idea how long they'll be out there gutting it out.  Can you imagine the physical and mental fatigue!?!?!?

Speaking of amazing races and physical/mental preparation.  I may or may not have ever shared the details behind the first half marathon that I ever ran: the Chicago Half Marathon (in 2002).


Since I'm so smart and conservative about the way I train, surely I researched expert training plans well in advance, picked out a plan that worked best for my level of fitness and my schedule, and followed the plan to a T, right?  It's what intelligent runners do.

But I was not an intelligent runner back then.  Not by any stretch of the imagination.

At the time, I was younger, more risk-seeking, and much more likely to shoot from the hip, literally and figuratively.  (And yes... I'm still not the most intelligent runner now.  But I am much better now than I was back in 2002.  That is for sure.)

So what exactly happened?  I was hanging out with two friends who were also runners.  It was a Tuesday night and we were discussing how we all wanted to run a marathon someday but that it seemed so crazy.  One of my friends said, "I don't know if I could ever run 26.2 miles.  But I bet I could do a half marathon."  My other friend and I agreed that 13.1 seemed much more doable.

The next day, my friend called me and said, "Hey, the Chicago Half Marathon is this weekend.  You up for it?"

Me: (without even really thinking about it) "Yeah, sure.  What the heck." 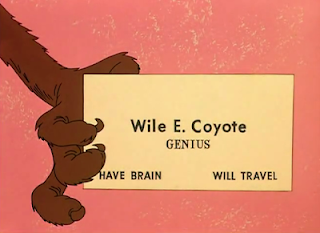 That night, both of my friends and I signed up for the Chicago Half Marathon.  On a total whim.  Just three days before race day.  None of us had done any focused training, whatsoever.  At the time, the longest race I'd ever run was a 10K, and my personal distance record was probably only about 7 or 8 miles.

It wasn't pretty.  For me, it hurt to walk for a week afterwards.  I know my two friends were also hurting pretty badly, too.  But each of us finished in one piece, though just barely.  (And believe it or not, my time from that race back in 2002 stands as my all-time half marathon PR by far to this day.  Crazy, eh?)

Obviously after that experience I learned my lesson about training properly for half marathons: "Thou shalt not run a half marathon without adequate preparation."

Until this past weekend, of course.  (But that's obviously another story.)

In all seriousness, though, last year I ran the Chicago Half Marathon again, this time with proper training, and had a blast.  The race closes Lake Shore Drive down entirely to runners - which is an incredible experience.  It also affords gorgeous views of Lake Michigan and the Chicago city skyline.


Now on to the really good part!!!  This year will be the 17th running of the Chicago Half Marathon and Hyundai Hope On Wheels 5K, which takes place on Sunday, September 8, 2013.  The organizers are offering ONE FREE RACE REGISTRATION to anyone who would like to participate!

To enter, please leave me a comment of any sort.  (Comments about the amazing Blackhawks will make me happy, of course... but sadly they won't be given any preference over non-Blackhawks-related comments.  I know, I know.)

The giveaway is open until Wednesday, June 19 at 11:59 PM CST.  I will use random.org to select a winner, which I will announce on Thursday, June 20.