Last night was my second year running the Strike Out ALS 5K.

I ran this race last year, had a great time, and came away with an unexpectedly good finishing time. This year I had been toying with the idea of trying to run a sub-27:00 5K, but that idea quickly went out the window when Mother Nature decided to take a stance. The temperature was at 92 degrees when I left the office right at 5:00.  WOW.  It was a steambath out there!  No PR-attempts for me that night.  Just the plan to finish in one piece and enjoy myself.

Erin and I headed to the race together.  I had been worried enroute about both rush-hour traffic and parking. Thankfully, we got to the race site at US Cellular Field quickly and parked immediately.  Packet pickup, gear check, and the portapotty line were all a breeze, as was the Chicago Running Bloggers pre-race photo meetup.  After attending the race by myself last year, it was nice to have a lot more company this year!
Unfortunately I had forgotten to bring my Garmin to the race.  However, given the steambath heat and humidity precluding any reasonable racing effort, it was probably just as well that I didn't have it.  I considered trying to warm up before the race start, but quickly decided that it wasn't necessary.  Just standing in the crowd waiting to start, I was already sweating profusely.

Once the race got underway, I started out running with Lindsay, Erin, and Kelsey. I looked around and you could definitely tell that folks were taking things cautiously due to the extreme heat. Just about everyone was jogging easily and I didn't see anyone sprinting out of the gate.

Unfortunately right at the start we saw a woman collide directly with a street pole (OUCH!), which narrowly missed causing a runner pileup right in front of us. That poor woman - it hurt just to witness her collision!  But to her credit, the woman barely acknowledged the hit before continuing on. 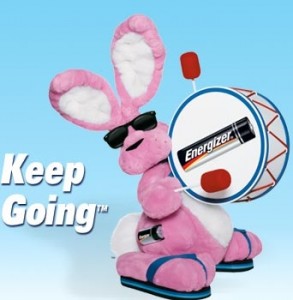 Lindsay and Erin gradually started pulling ahead, and Kelsey and I continued on together. We kept up a running conversation for about the first mile and a half. Then, exertion started hitting and we reduced our conversation to focus on moving forward. The heat was killer and my legs felt like lead, which made the 5K distance feel much longer than it really was. I was glad to be running with Kelsey as it helped take my mind off of the discomfort, and we just kept plugging along.

The final mile of the course included a long stretch through the hallways inside US Cellular Field.  After baking in the sun, it was such a welcome respite to be indoors. However, I was feeling pretty beat up by that time and the hallways seemed to go on forever. Every time we turned a corner I was hopeful that we were about to emerge onto the playing field to the finish line.  This happened probably eight times.

When we finally did take our last turn onto the playing field, we saw an ice cream freezer right by the entrance.  At that moment, the thought of ice cream had never sounded so good.  Ever.  (I made up my mind at that very moment that if I ever get to rule a summertime race, I will find a way to have ice cream at the finish line!!!) 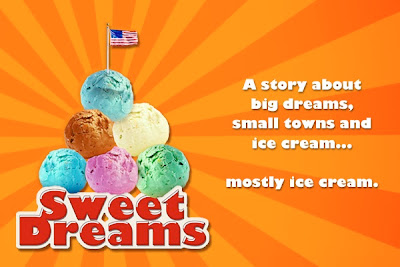 With that, we found ourselves running along the warning track on US Cellular's playing field! It was surreal. Neither Kelsey nor I had the gumption to sprint to the finish, so we just kept our pace and enjoyed the surroundings.  My official finishing team was 31:11.

After reuniting with some of the other Chicago Running Bloggers, Erin and I made a stop at the concession stands and then settled into some seats at the field.  We hung out for a bit and took in the serene ballpark atmosphere, having the entire field open only to runners and spectators, and the MLB All-Star game being broadcast on the Jumbotron just for all of us.
Ahhh. I was reminded once again of how easy it is to appreciate the allure and grandeur of MLB ballparks. Same as my experience last year, this race has the coolest post-race party that I've ever attended. What an amazing way to enjoy a summer evening in Chicago.

Baseball afficionados and/or anyone that supports the ALS cause, this race has your name all over it!
Posted by emmers712 at 11:33 PM