I usually run three days per week (on Tuesdays, Thursdays, and Sundays).  I thought I'd try adding a fourth day in the hopes that it would better prepare me for marathon training.  In accordance with Hal Higdon's Marathon Novice I training plan, that fourth day would be on Wednesdays.

This week was the first week that I've added a Wednesday run.  The results so far?  I am proud to say that my runs this past Tuesday and yesterday were two of the most lackluster, cumbersome, and uninspired runs I've ever had in my entire running career. 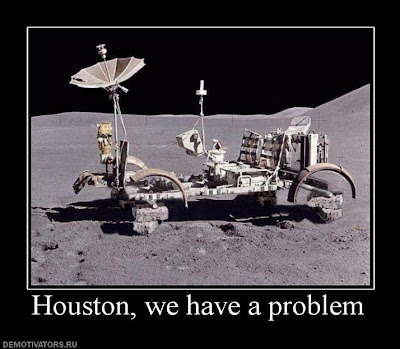 During both runs my lungs and legs were in a state of incineration (comparable only to those visions we've all had of lighting our college textbooks on fire after finals are over).  I kept staring at my Garmin in disbelief and was certain that someone had stolen one of the digits from the mileage tracker and added that offending digit to my pace tracker.

I fought hard not to be deterred by this, but it was frustrating.  I was torn between a) taking a running hiatus until my Sunday morning long run, or b) going again today as originally planned and trying to grind myself out of the slump.

I don't rest anxiety-free - in general, I'd rather kick and scream my way out of a rut than sit back and wait for the rut to pass.  Ultimately, I did decide to grind it out today but I decided to take a different approach.  The placebo approach!
My placebo approach did not actually involve eating sugar pills or M&Ms (only because I don't have any, not because I didn't want to).  Instead, I took the placebo approach by trying to give myself some psychological boosts in the hopes that it would make me feel better, which would then help me run better.

I wore my new Mizuno running shoes.  I love them but have only worn them once so far because I wanted to "save" them while I put more miles on my other two pairs of running shoes first.  However, they felt so great that one time and I had a really terrific run that day.  I thought I'd give myself the opportunity to recreate that feeling.  No savings today!

Next, I truly believe that you feel better when you dress better.  Therefore, I wore one of my favorite and most comfortable running outfits today.  It's an outfit that just makes me feel speed-inspired. 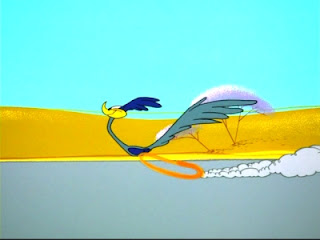 On a tangent, my improv classes focus a lot on character details - we learn how to observe traits, actions, and interactions.  Ultimately these are all inspirations for the personalities we play during our improv scenes or games.  Now I need to find a way to work a Road Runner-inspired character into some upcoming improv.  Maybe vicariously enacting a Road Runner character will help me to run faster by osmosis.  How's that for a placebo?!?

I also decided to change up my usual running route by doing it in reverse.  Wow, who knew how different everything would look and feel!  I noticed a plethora of things that I'd never given a second glance at before, like different storefronts, different signs, different potholes in the road.  I also had to really think about the route to ensure that I was doing it correctly.  I even made a wrong turn and had to backtrack - but this was a good thing because it led me down a street that I don't usually run through.  Doing my route in reverse definitely shook things up in a positive way. 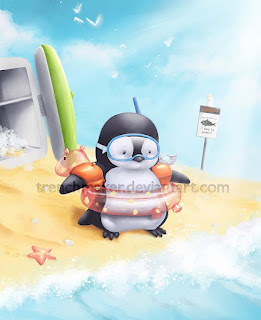 By the way, just to clarify for those of you giggling out there.  When I said I ran my usual route in reverse, I did not literally run backwards either knowingly or even unknowingly.  I meant that instead of running from point A to point B, I ran facing forward from point B to point A.  =)
I did ending up having a pretty good run today.  It wasn't the best run that I've ever had.  But it was enough to get me feeling like I was back on track.  What's important is that I am rejuvenated and excited again for my next run.  The placebos did their job for me - and with no side effects, as stated!  I do highly recommend placebos in any form, whether they be mental, physical, or chocolate-flavored.
This experience was actually quite valuable in other ways, as well.  It reminded me that we are never as bad as we think when we're at our lowest points, but we are also never as good as we think when we're at our highest.  I am reminded that the very best runners then must be not just talented, but resilient - and not just hungry, but focused.  The sport demands it.**
**Adaptation from Episode 1 of the 24:7 Penguins/Capitals series on HBO.  (Hockey fans, go see this series now - it will change your life!)
Posted by emmers712 at 11:17 PM