Sensationalism and its lingering effects

[NOTE: This post includes rants and references to controversial topics.  If you find that unsettling, skip this post.]

When I was in high school, I was on the newspaper staff for two years.  I thought very seriously about trying to become a journalist when I grew up.  For a while, it would have been my dream to work for the Chicago Tribune or National Geographic.

Fast forward to the present.  I have become very disenchanted with the news media and how "news" coverage has progressed, especially in the internet age.  I won't watch the news and I try to avoid reading newspapers or news websites.  This is because 99% of the stories are about murder, crime, disasters, corruption, economic doom, gossip, or speculation.  Negativity can be very commanding and I find that being surrounded by it can be very depressing.

I really feel that media sensationalism has gotten over the top.  I despise the headlines that are half-truths just to draw you in to reading.  It can be infuriating to read so many biased or one-sided articles - and I am NOT referring to the editorials.  The days are gone when the news media provided neutral summaries of just the facts.  Now the motto is, "Never let the facts get in the way of a good story." 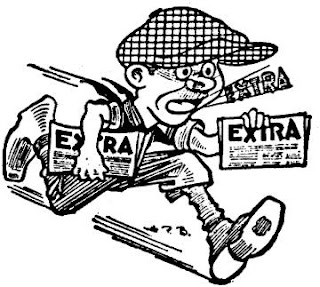 Statistically, driving a car is much more dangerous than riding in an airplane.  However, the news media would have us believe that airplanes are incredibly dangerous.  This is because they rarely provide coverage of everyday car accidents, unless they are especially gruesome, but are all over any single plane crash for weeks at a time.  This is just one example.  I could provide hundreds of examples of how over time the media misrepresents occurrences.

Yes, I am embittered due to personal experience.  I worked for Arthur Andersen in the wake of the Enron scandal, and Adam is a Penn State alum in the wake of the Sandusky scandal.  Both of us have had to deal with unflattering media commentary which some then redirected to us personally, even though obviously neither of us had any direct involvement.  Even when only partial information was available, we have both come across people that absolutely believe that anyone associated with Arthur Andersen or Penn State is guilty by association and therefore does not deserve the time of day.  One would think that people would know not to make such narrow-minded and overwhelmingly sweeping generalizations, but not so. 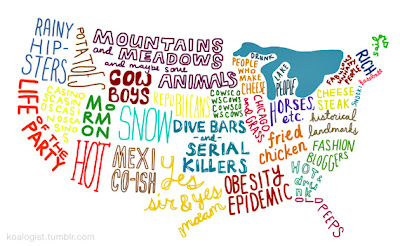 I realize that it's nearly impossible not to impart some kind of bias into your writing.  We were even taught this in our journalism classes.  For example, there was a study done where a number of folks watched a video of a car going off the side of a cliff and were asked to estimate the speed at which the car was traveling.  When people were asked what speed the "car plummeted" or the "car careened" off the cliff, their average estimated speeds were faster than those that were asked what speed the "car fell" or "car drove off" the cliff.

In short, simple word choice can really impact the perspective of a reader or outsider.  Lawyers may be aware of this phenomemon in a courtroom, because word choice may affect the outcome of a trial.  Heck, I worked for years in a practice where we couldn't use the word "significantly" in our reports because it is subjective.  What is significant to one is trivial to another. 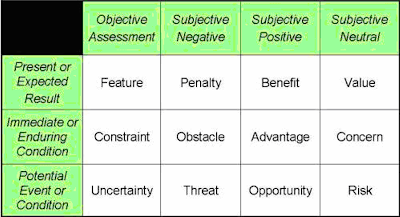 Where am I going with this?  I have been reading a LOT of runner's blogs and discussions boards about running over the past few months.  I am slowly becoming more and more certain that I am in the bottom 1% of runners everywhere.  I've lamented this to Adam several times.  He consoles me that blogs/discussion boards are self-selected and that typically runners will only blog or post about running when they are serious runners; most casual runners or nonrunners won't.  He reminds me that serious runners, by definition, have dedicated a lot of time and effort into their training and are therefore much more likely to be very strong runners.  Basically, the runners webisphere is not representative of the entire universe.

I know that I posted earlier about trying not to compare myself to others, to focus on my own goals and progress, and to not take anything for granted.  I try to read all these runners' blogs and discussion boards to learn from them and be inspired.  But it really does get discouraging sometimes reading so frequently about the incredible goals that others have for themselves and then thinking about what I myself am trying to accomplish.  Why is it so challenging to stop thinking this way?  I'm not even that competitive.  Although, sometimes I do wish that there was a stronger correlation between hard work and results (this goes beyond running).

Maybe it's time to take a break from the grind and start studying up on self-affirmations.  Or maybe it's just time for a real vacation.  None of this three- or four-day weekend garbage.  Let's talk about a minimum 6-month vacation, twice a year, every year. 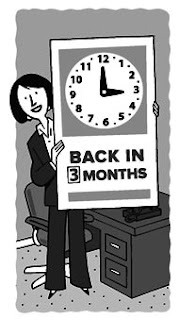