Just got back from NYC.  It was a very fun weekend and the wedding festivities were incredible.  I also got to meet a lot of Adam's old Penn State friends for the first time, as well as catch up with some of his other friends that I'd already met before.  Good people.

We stayed at a very nice hotel right on Wall Street.  The location was fantastic and even with our limited time we were able to see some great sights within walking distance, e.g. the New York Stock Exchange, the Wall Street Bull, Battery Park, and South Street Seaport (where the wedding took place).

I am always amazed whenever I see the New York Stock Exchange building.  It looks so serene from the outside, even with all the security detail.  It's hard to comprehend the billions of worldwide dollars that are fought for and traded within its walls every day.


﻿﻿﻿Unfortunately, there wasn't enough time to go check out any of the Food Network chef's restaurants or even to go to one of the ethnic neighborhoods to eat.  But, Adam and I did stumble upon a location of The Original Soup Man restaurant, which was right by the hotel.  For those of you familiar with Seinfeld, this was the inspiration for many an episode! ﻿
﻿Even if you're not a Seinfeld afficionado, I would definitely recommend checking it out.  Their soup and the selections were outstanding!  I had a lentil soup and it was so good that I'm now going to be spending my nights and weekends trying to reverse-engineer their recipe.

I did get a chance to go for a run over both the Brooklyn and Manhattan Bridges, through a little bit of Brooklyn, and also through some parts of Chinatown.  The bridges were very cool!  They have more of an incline than one might realize from just looking at them.  I rarely do hill workouts since Chicago is so flat, and running the bridge inclines was a challenging, but nice change of pace (i.e., it really slowed my pace down!). 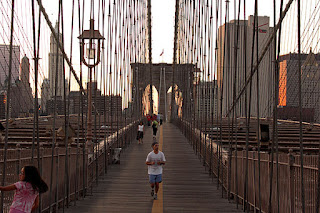 Kim had warned me that the Brooklyn Bridge might be very crowded and indeed, parts of it were packed with camera-wielding tourists.  I felt like an NFL running back trying to weave my way through the masses.

Despite the crowds on the bridge, it was awesome getting to run through some areas of New York and seeing a little bit of life as some locals might.  I'm all about trying to get off the beaten path whenever possible, even if just for a short time!

On a related note - I had my headphones on during the run as usual.  But, for the second time in a week, I actually didn't pay much attention to my music because I was so focused on everything going around me.  Plus, there was a lot of ambient noise - traffic, construction, and even trains running past me on the Manhattan Bridge.  It probably wouldn't have made any difference if I didn't have my headphones on at all.

Based on these experiences, I am starting to consider trying to wean myself of having to listen to music while I run.
I'm completely unaccustomed to self-induced silence.  However, when I have my music on all the time, it does start losing its effectiveness after awhile.  I've heard some people using their music late in their runs as a booster when the going starts to get rough.  It makes sense to me.  I may give it a go, even though I know that I'll be bored within 10 minutes for at least the first few times that I try it. 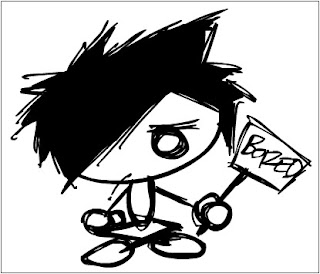 In the meantime, thank you to everyone that entered the Chicago 13.1 Marathon registration giveaway.  The winner is Kelley!  Congratulations!  I'll be emailing you with more details in the next few days! 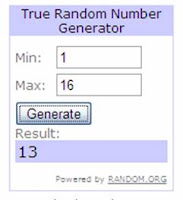