A field of dreams for my next race

OK, folks, it is summertime and marathon training is upon me.  But rather than get bogged down by the thought of doing 2- and 3-hour training runs for the next few months, I thought I would take a different approach to keep my training revved up.

I just signed up for the Strike Out ALS 5K run on July 10!!! (Which, incidentally, is also two days before my next birthday.  It's a great way to celebrate!) 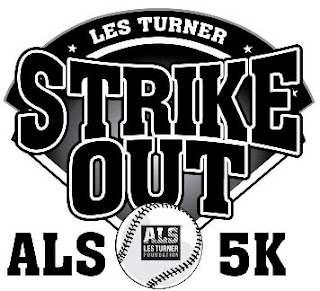 There's nothing like a good 5K race to mix things up and keep the blood pumping.  For the past several months, I've been so focused on middle-distance races like 10-milers and half marathons that I've pretty much neglected the shorter races.  Not anymore!!!

As you might surmise, this race is baseball themed.  But even for people like me who are, shall we say, "mild" baseball fans, this race sounds like a lot of fun.  First off, it starts at 6:30 PM, and for the record, I happen to love love LOVE evening races.  I think they are much more festive (probably because I'm much more awake).  I really enjoy NOT having to set my alarm at some ungodly hour on a weekend morning, not to mention dragging poor Adam up to be my chauffeur.

The race takes place at U.S. Cellular Field, home of the Chicago White Sox.  The course finishes on the warning track inside, which I hear is quite a rarity!  (Pretending that you're a baseball star, e.g. Frank Thomas, is optional.)


The race location at US Cellular also means great options for public transit and parking.  This is a very welcome respite from the many logistically-challenged races I've done in the past.

OK, some requisite non-running thoughts on this topic...

For those of you who aren't already familiar, there is an intense rivalry between Chicago's two baseball teams, the Cubs and the White Sox.  It is an extremely controversial topic in Chicago to proclaim your local loyalties between the two teams.  It's comparable with the lines of religion, politics, and your favorite deep dish pizza (you may think I am kidding but I'm really not).  For some reason it is considered verboten to root for both teams - which I've never been able to understand. 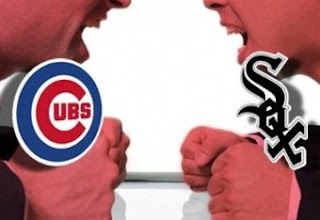 Since I've already tackled the highly controversial topic of deep dish pizza (which, incidentally, spawned many a heated debate!), I'll go ahead and disclose my Chicago baseball views:


I ROOT FOR BOTH THE CUBS AND THE WHITE SOX.  EQUALLY.
(There, I said it.)

I used to live on Chicago's South Side, walking distance from US Cellular Field.  For many years I was surrounded by residential Sox fans.  However, Adam used to live less than a mile from Wrigley Field, home of the Cubs, so you can guess how he was influenced.  And lots of my coworkers and friends are diehard, vocal Cubs fans.  Translation: I am the subject of many, many territorial wars.

Now, getting back to the Strike Out ALS 5K.  For the post-race party, they'll be broadcasting the 2012 MLB All Star Game on the Jumbotron!  Since the All-Star game represents ALL of baseball, dare I say that the festivities can bring fans of both teams together to unite?!?!?!?  They are letting nonrunners attend the post-race party, too, by donation.  This will be fun!!!


(I had listed on my 2012 Summer To-Do List that I wanted to see some live baseball games, and for this event I'll give myself some extra credit. =D )

On a related note, since I missed the running blogger photo meet-ups at the Chicago 13.1 Marathon this past Saturday, I would really love another opportunity to meet you all in person at these festivities!

For all you baseball fans and all you runners and spectators out there in Chicagoland and beyond, come join me at this race and/or the post party!!!!  We will celebrate the gloriousness that is an outdoor summertime evening at one of the great ballparks of the country!!!

(And you are free to try to influence my baseball loyalties in whichever way you like.  =)  )
Posted by emmers712 at 7:50 AM