Maggie at Mag Mile Runner has brought back her Runner Photo Challenges!

This week's theme: Signs of spring.

The first thing that came to mind for me on this theme would be pictures of flower buds rising out of the ground.  While those are certainly glorious images, I thought I'd take this a slightly different direction.

I'm a hockey girl, through and through.  But I have to admit that I've been undergoing a mild state of shock this past week that baseball season is already underway.

Check out some of these ads I saw for the Chicago Cubs and the Chicago White Sox.   You know it's springtime when these start popping up on your screen. 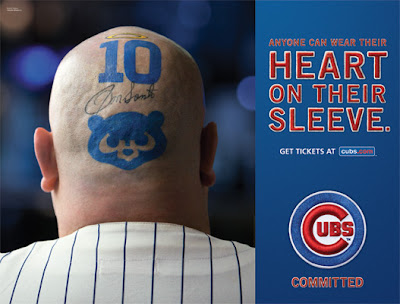 I'll go ahead and address the age-old question in Chicago whenever the topic of baseball comes up: I don't have allegiances to either the Cubs or the White Sox.  Really, I don't.  But I do find it somewhat entertaining to watch the animosity between the two fan bases.

I realize this has nothing to do with running so far.  So I'll mention that I had a blast running the Strike Out ALS 5K last summer, which took place at US Cellular Field.  I also had an awesome time running the Home Team Charity Run in 2011, which at the time started at the United Center and ended at US Cellular Field (now it starts and finishes at the Cell).


On a side note, Adam and I went to a local sports bar last night to watch part of the Blackhawks game.  The Bulls were also playing, so I mentioned to him that this was pretty much the Chicago sportsfan's dream to have both teams on at the same time.  He mentioned that the Cubs and White Sox had both played earlier in the afternoon, as well.  This means the Bears were the only team missing!  So I asked him if it were ever possible to have the Bears, Bulls, Blackhawks, Cubs, and Sox ALL playing on the same day?

Adam: (chortling) No, because it would only happen if the Cubs and the Sox both made the playoffs in the same year.

Me: But it is theoretically possible, right?

Adam: (still chortling) No.  It's impossible.  It will never happen. 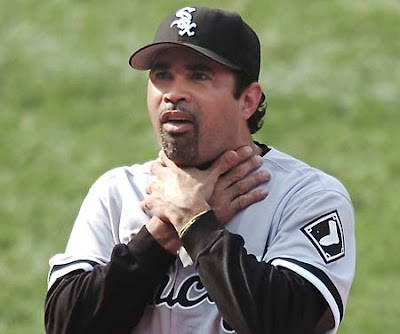 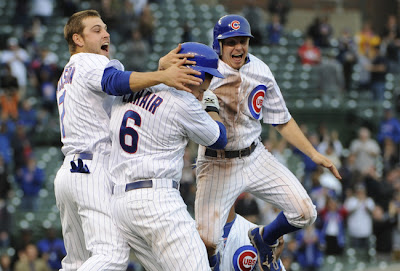