Aloha, Tuesday!  This also means Part Deux for me of Katie's Take Time Tuesday linkup, where each Tuesday you share some things that you are grateful for.

In today's episode of Take Time Tuesday, I am grateful for the following:
A reasonable commute
Throughout my career I've had a few instances where I had to do some really brutal commutes.  Now, I have the option to either drive or bus to work, which is fantastic.  If I drive it takes about 20 minutes.  If I bus, my door-to-door is between 35-45 minutes - but on the bus it's nice to be able to just zone out and listen to music or surf the net on my phone.
Although, on a side note, I cut down on surfing the net on my phone while riding the bus because it gives me motion sickness.  My MP3 player ran out of battery this morning, though, so today I rode the bus without anything to keep me "occupied."  I was sitting in one of those sideways-facing seats, too.  So I was sitting there a little awkwardly, not wanting to accidentally stare at any of the folks sitting around me but not sure where else to look.  Ahh, bus-rider protocol.
﻿ 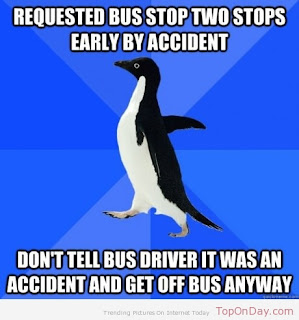 The great running shoe debate
Oops, I did it again.  Last week Road Runner Sports hosted a Chicago Running Bloggers party.  (Since I haven't had time to write about it myself, check out Erin's terrific event recap here.)  While at the event, I indulged myself in yet another pair of running shoes.
Yes, I need another pair of running shoes like I need a hole in the head.  But just look at them!  How could anyone resist anything so fabulous?
While we're on this topic, I've been trying to build mileage on my Brooks Glycerin 8 shoes as I hope to retire them next from my rotation.  I've generally found them to be a bit too soft for my liking, but had been sticking with them anyways the past few weeks.  This past Sunday on a whim I decided to wear my Asics Gel Cumulus 13 shoes instead - and wow, what a world of difference.  The Asics really do work so much better for me than the Brooks.  I'll probably only wear the Brooks for short runs now.
All in all, I am grateful to be able to indulge myself on running shoes and to be able to have fun experimenting with different kinds.  (I am also grateful for all of the places/races that allow you to donate your used running shoes for a better cause than just taking up space in landfills!)
The best times of my life are always ahead of me
Finally, I am grateful for having so many things to look forward to right now.  There are several upcoming trips to visit family, several big milestone birthday celebrations in the works, the weather is getting more and more springlike by the day, I've got some super fun races on the calendar including a trip to Disney in November, and my beloved Blackhawks just punched their ticket to the 2013 Stanley Cup Playoffs. 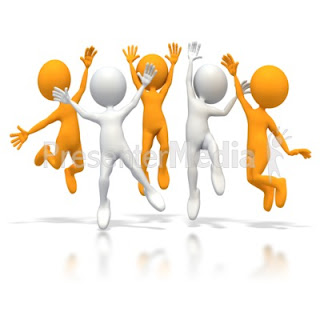