This race, which is a 3.5-mile course, draws enormous participation. I read that there were almost 600 companies participating this year, sending over 25,000 registrants. In terms of drawing participants who are not seasoned runners, this race has to be the largest in the area.

Unfortunately I'm still having some injury issues. I'll get into more details another time (I did end up sitting out the Chicago Spring Half last weekend). But with the injury bug lurking, and with the Soldier Field 10 taking place tomorrow, I planned to take this race easy. This was further cemented by many folks telling me that this race was not a PR-attemptable race by any stretch of the imagination, given the crowds. They said it would feel like this: 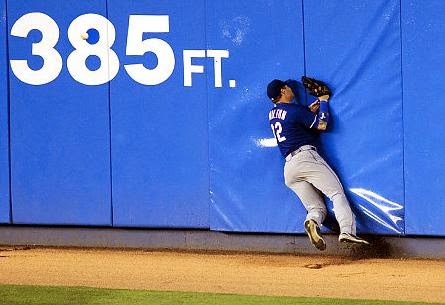 They were absolutely right. I've run some very crowded races in my time, but I truly didn't realize how packed-in it would be. The whole area was chaos. I know the race site pretty well, and my company gave us instructions as to where its hospitality tent was located. Even so, with all the road closures, public transit route diversions, and sea of people/tents/portapotties, it took me some time to find my company's tent.

After waiting in line to use the portapotty, I literally squeezed into the starting corrals. Participants had been given bibs in different colors corresponding to where they were supposed to line up. Nobody paid any attention to that, though - it was a complete mishmosh. The corrals were so packed that I had trouble bending down to put on my knee straps without hitting the people around me. 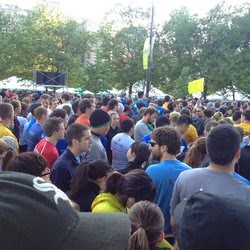 While waiting to start, I randomly ran into an old friend from college named Jason. I hadn't seen him in at least five years! Unfortunately, the emcee was announcing a seemingly endless list of companies participating and the speakers were set at a very high volume. It was hard to converse. But it was still nice to catch up with him for a few minutes.

I finally crossed the start line about 22 minutes after the gun went off. It was like a traveling mosh pit and there were so many people walking in tandem groups of up to five people across. Originally I was not intending to bob and weave through the crowd. However, there were so many walkers that I didn't have much of a choice. 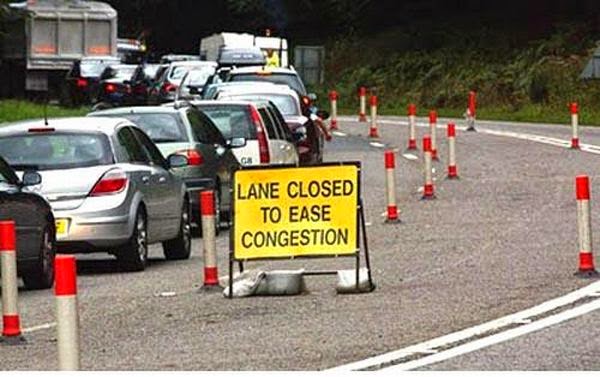 Since I wasn't trying to race, I had wanted to enjoy the downtown course scenery. Unfortunately, it was too jammed in to do anything but focus on how to navigate the sea of people. I saw many participants wearing jeans and sandals and other non-typical running attire.

The course covered a lot of distance on Lower Wacker Drive and Lower Columbus Drive. For those of you not familiar, these are double-decker roads. To illustrate, here's a picture of Upper Wacker: 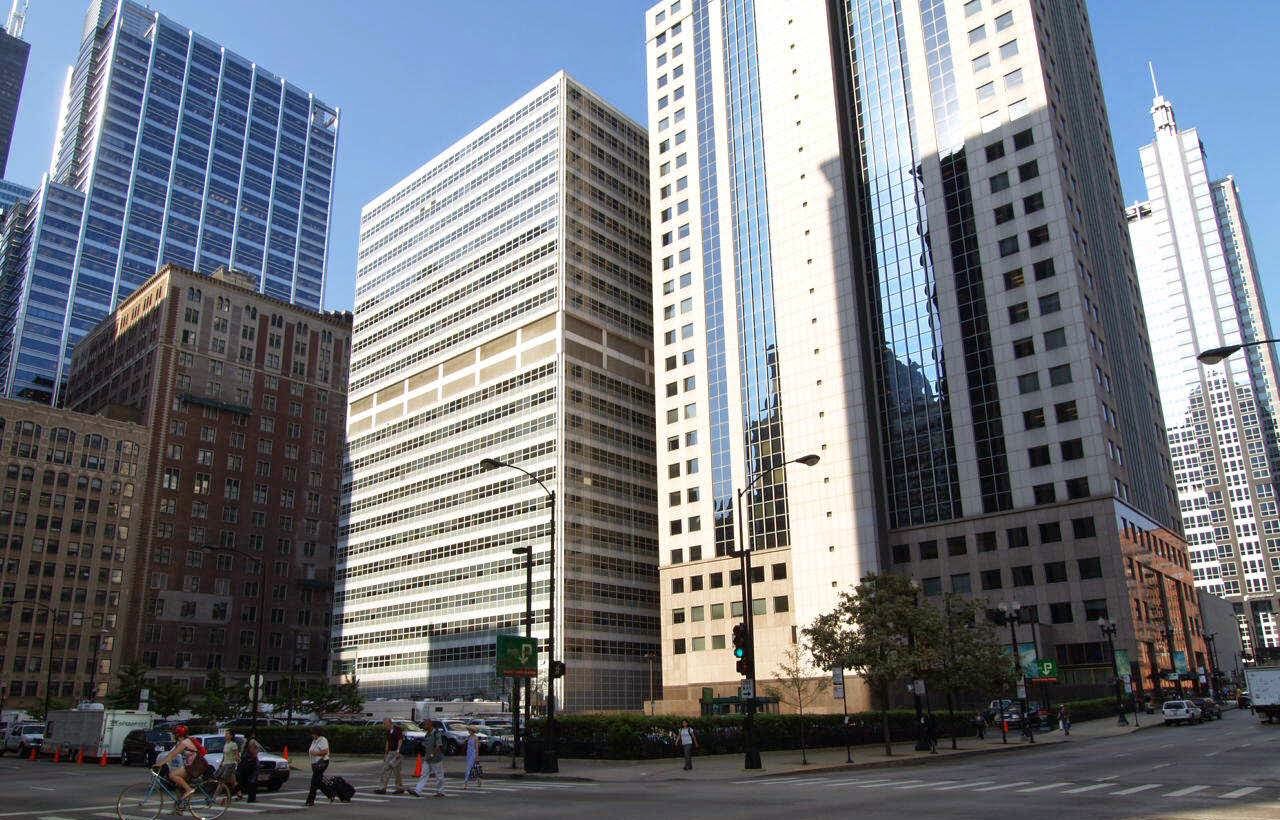 And here's a picture of Lower Wacker: 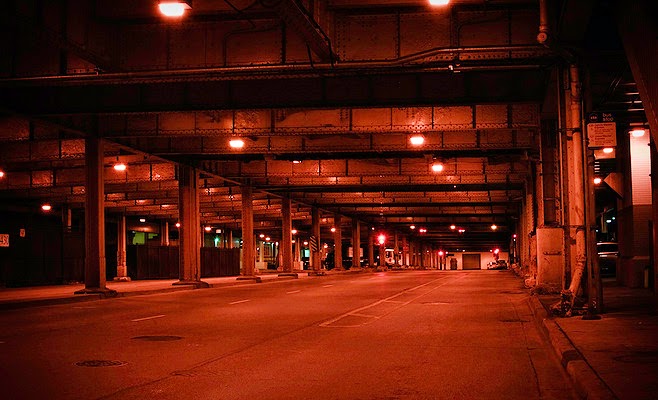 As you can tell, it is not a good thing to be running on the lower-level roads. It was stuffy and claustrophobic, my Garmin lost signal, and the limited lighting made it even tougher to battle the crowds.

The course was an out-and-back that included several interim loops. The loops went in and out of the lower-level roads a couple of times. Each time we emerged into open sky, I took a deep breath to revel in the fresh air. Then, I gritted my teeth every time we went back down.

I saw dozens of folks blatantly cheating by bypassing some course loops altogether, and/or cutting the out-and-back short. I even saw some folks turning back at about a half mile in, which would mean they only covered one total mile round-trip. That made me shake my head. I can only imagine some of those folks were inexperienced participants who must have been thinking something along the lines of this: 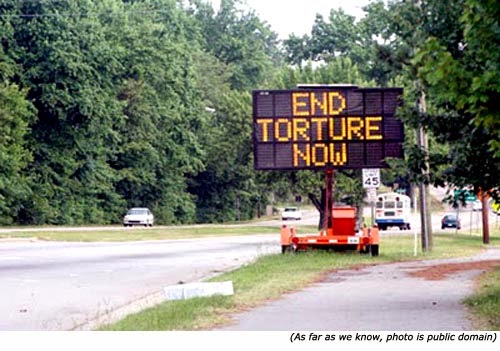 I didn't see a Mile 1 marker, so I didn't think there were going to be any markers on the course. But then, I did see markers at Mile 2 and Mile 3. Since my Garmin had lost signal several times, my splits were all over the place. At the Mile 3 marker, my Garmin was only showing a distance of about 1.7 miles.

The course remained packed and filled with walkers to the very end. I finished in 34:52.

More crowds were jammed in right at the finish line trying to get water and bananas. It took several minutes just to exit the finish line area, then another 10 minutes to get back to my company's tent. Once I got there, though, I did enjoy the hospitality offerings and getting to meet/hang out with coworkers in a non-office environment.

Closing thoughts
The event is definitely much more about company team-building than the actual race. Despite the fact that there were so many companies represented, it seemed that pretty much everyone defaulted to running with their own coworkers and hanging out in their own respective company tents afterwards. (Comparatively, I've run Race Judicata in the past where the companies would mingle across each others' tents and trade food offerings, etc. Not the case here.)

This is an expensive race, given the 3.5-mile distance. (On a side note, I heard a lot of folks referring to this race as a 5K. Folks, a 5K is 3.1 miles. The Chase Corporate Challenge is NOT a 5K!)

Registration fees were about $50 per individual. This is not to mention that each company (not the race organizer) provides its own race shirts and hospitality tent. Thankfully, my company covered my registration fee. I understand that the race proceeds go to charity. However, if I had to pay for registration myself, I would not participate in this race again.