Thank you to everyone for your kind words regarding the Illinois Half Marathon last weekend! After a few days of lingering soreness, I am fully recovered now and already looking forward to my next race.

I've actually been going back and forth on doing a last-minute entry to the Wisconsin Half Marathon this Saturday. Just for fun. I know a ton of folks running and I really, really loved this race when I ran it last year. Unfortunately online registration has already closed, and I can't make it to packet pickup to register in person. Although, Kim has graciously offered to help me get registered when she goes to packet pickup herself tomorrow.

If I did decide to go for broke and do the race, it would be quite hectic... but it is doable... 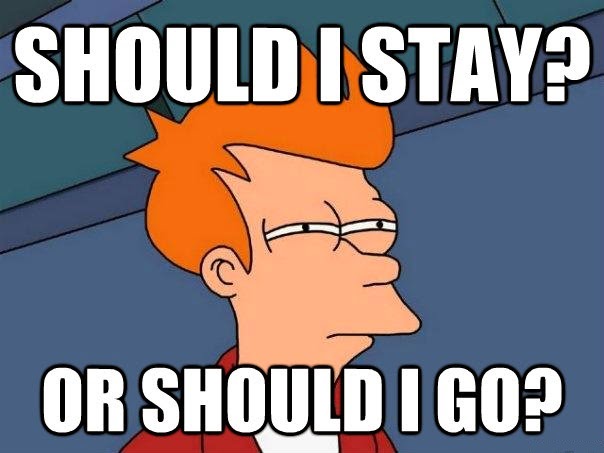 In the meantime, I had a couple of things from the past few weeks that I wanted to share. First, being the crazy sports fans that we are, Adam and I recently went to visit the Chicago Sports Museum. It's got some cool memorabilia and skill challenges. I enjoyed testing my sports prowess at some of the interactive games available. For example, you could do video simulations of quarterbacking a football, hitting a baseball, shooting a basketball, and being a hockey goalie (Adam's favorite). You could also channel your inner Haray Caray and do a recorded simulation of a baseball color broadcast. They even send you a link to your recording on Youtube. (Our recording was too embarrassingly bad to share here. Sorry.)

There were also some unique exhibits where, for example, you could compare your hand size to that of various NBA players, or compare your vertical leap to Michael Jordan's. Here's me comparing my wingspan to that of Scottie Pippen's:

Adam and I also recently went to go check out the Treasures of the Walt Disney Archives at the Museum of Science and Industry. This exhibit was originally only scheduled to be in Chicago until early May, but it looks like they just extended it through August. It must be very popular!

The exhibit included a wide range of sentimental artifacts, artwork, and videos covering the history of Disney. But, the highlight of the exhibit was the Disney Animation Academy! Here, attendees could learn how to draw some of the Disney characters.

Adam and I started first with an attempt at Donald Duck:

What do you think of the resemblance? I think Adam's Donald is much better than my version. My sketch makes Donald look kind of flat. Comparatively, his Donald has more energy and jumps off the page a lot more.

Next, we drew Mickey Mouse. After all, you simply cannot go to any Disney event without celebrating the likeness of the mouse who started it all.

I was reasonably happy with my sketch. Although, I see now that I did make Mickey a little lopsided. He looks as if he'd just had some wisdom teeth taken out on one side, perhaps?

On the other hand, Adam was NOT pleased with how his drawing turned out. He posted his sketch on Facebook and asked friends to weigh in on what they thought it was. The poll results were, uh, interesting. But collectively, they were pretty consistent with how Adam himself describes his finished product. To illustrate, here is his sketch zoomed out:

Personally I think Adam's sketch is highly recognizable. I mean, how many characters have those famous ears!

Now what do you all think?!?

NHL Second Round Playoff Predictions
Time to shift gears. There were three Round 1 Playoff Game 7's last night, and oooh, the drama! As a result, I am rushed in making my NHL second-round playoff predictions before the next round starts tonight. We'll keep it short this time.

Before I start, I will go ahead and mention that I went only 5-3 in my first round playoff predictions. Hey, if it were that easy to predict these things, we'd all be millionaires, right? But as usual, please feel free to comment or contact me if you want to let me know how wrong you think I am this time, too.

Boston Bruins vs Montreal Canadiens
I love Original Six match-ups and this is one of the all-time classic rivalries. While Montreal enjoyed their romp over Tampa Bay in the first round, I think that Boston's stellar defense and depth is going to be dominant in this series.

Pittsburgh Penguins vs New York Rangers
The Penguins have a stronger top line of superstars, but questions still linger over their depth and their goaltending situation. Plus, they looked unfocused and tentative in their first round. Comparatively, the Rangers have more depth and are widely regarded as having some of the best goaltending in the league. I think this one could really go either way. But my biases prevail.

Anaheim Ducks vs Los Angeles Kings
Ahhh, yet another match-up between a fast-paced, offensively-talented team against a brutally physical defensively-talented team. Duck coach Bruce Boudreau has been making some last-minute changes that I would describe as being unnecessarily panic-driven. That's never a good sign. Plus, after the Kings came back from an 0-3 deficit to win their first-round series in 7, you have to respect their resiliency.

Chicago Blackhawks vs Minnesota Wild
I think I speak for a lot of Hawks fans who were rooting for Minnesota to win their first-round series against Colorado for various reasons. Most notably, the Hawks get home-ice advantage against Minnesota. There is some drama to this series given that it's a rematch to the first-round series last year. But Chicago's strong depth, talent, and experience is very hard to top. Not to mention that Minnesota is facing some serious, serious netminder questions with a seemingly unending string of goalie injuries. This one's a no-brainer to me.

My Obligatory Cool Blackhawks Picture of the Day
The vicious fan rivalry between the Chicago Cubs and the Chicago White Sox is truly the stuff of legends here. It's bitter, it's ugly, and it's personal. There is much talk about how nothing can bring the two together to unite for anything. Ever!!!

But, one should never say never.

Enter: the Blackhawks and a Stanley Cup: