My left hamstring is still bothering me. I can walk fairly normally now, although my range of motion is still a bit limited. I went on the rowing machine yesterday, thinking it would be a good cross-training activity. But when I got up from the machine and started walking towards the locker room, my hamstring screamed bloody murder for a few moments.

I haven't done any running since last Sunday. My original hope was to get back on track today, but it looks like I will need to take at least a few more days off. Blugh.

In the meantime, let's channel all positivity and healing vibes while we talk about a few fun things.

West Loop Run Club
I've lived in Chicago's West Loop for about four years. There were never any running groups in the neighborhood. The city's north side is chock-full of running groups, and the south side and downtown have been dabbling a bit, as well. But up until recently, the West Loop has always been a venerable run-club desert.

Through Erin, I learned that a newly-opening triathlon store named Live Grit was starting a Tuesday night running club. Folks meet at 6:00 to do an easy 3 miles around the neighborhood. Then, Bare Feet Power Yoga, which is right next door, leads about 10-15 minutes of runner-focused stretches.

I've been to two of the group runs so far and really enjoy the down-to-earth atmosphere. I also appreciate that the runs are short, so there isn't a big evening time commitment involved.

Everything that anyone has ever said about it being easier to get motivated for a run when you're surrounded by other runners? Completely true.

Little Runs on the Prairie
Now, as much as I love living and running in the West Loop, and in the city of Chicago in general, I do enjoy mixing up the running scenery. A few weeks ago, I did a 12.5-mile training run in the western suburbs on the Great Western Trail. It was very peaceful and serene, with a couple of gentle hills. It was also a refreshing change to not have to make frequent stops for traffic lights or stop signs.

Here's a glimpse of what the trail looks like: 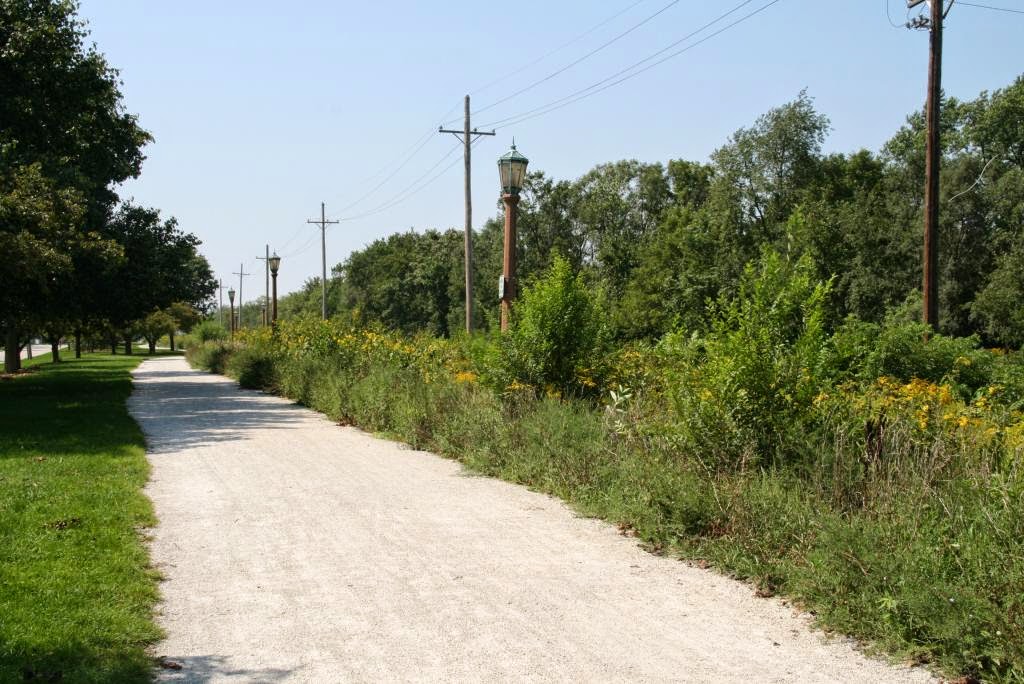 There are so many gorgeous trails in the Midwest. I am feeling like I need to take more advantage of the beautiful prairie landscapes available within such a short distance of my home.

Maybe I should start keeping a bag of running gear stowed in the trunk of the car. You never know when the urge to run will coincide with the discovery of a new trail.

Going to Fall
Not to bypass the upcoming summer, but I am already starting to think about some target half marathons for the fall.

I've mentioned before that I have a special fondness for southwest Michigan. I got married in St. Joseph and I have enjoyed many great visits to the region over the years.

Cue one of those great "Pure Michigan" commercials:


With this in mind, the Grand Rapids Marathon/Half Marathon is high on the consideration list. I've heard rave reviews about its excellent organization and stunning scenery. How could you not be inspired by a view like this? 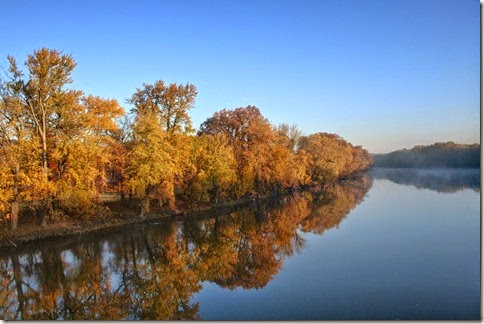 I'd love to either run the half marathon, or get a team together to do the marathon relay. The only drawback is that registration fees for Grand Rapids are surprisingly high, even for early registration. It's more expensive than some of the Rock N Roll half marathons!

If I don't end up pulling the trigger on Grand Rapids, here are other fall target half marathons currently under consideration:


As you can tell, I'm primarily eyeing races that are outside of the Chicago metro area, but are within driving distance. Any other suggestions? I'd love to hear your thoughts!
Posted by emmers712 at 11:05 AM