Adam and I are embarking on our cruise tomorrow. We were originally scheduled to fly to Florida tonight. Then over the past few days, we saw the winter storm warnings for today and said: 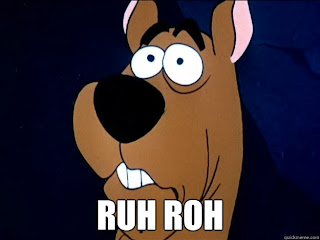 Since cruise ships wait for no one, we opted to fly out last night, instead. Thank heavens for Southwest Airlines' flexible ticket policy in combination with dirt-cheap last-minute airfare on United Airlines! 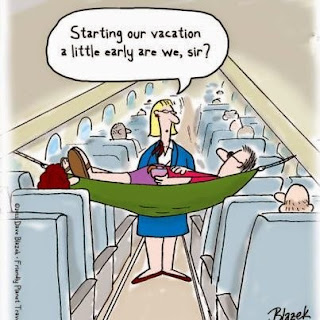 Today, I am belatedly linking up with Marcia, Patti, and Erika for Tuesdays on the Run on the topic of "Favorite Race Medals."

I talked before about my favorite medals in in 2015, so today I'm going to share some of my favorite race medals from prior to 2015.

These are in no particular order.

1. The Disney Coast to Coast medal
This one is a no brainer! I earned this baby from running the Disneyland Half Marathon and the Disney Wine and Dine Half Marathon in the same calendar year. I love everything Disney and I get teary-eyed whenever I see the statue of Walt and Mickey at the parks. It's so precious! 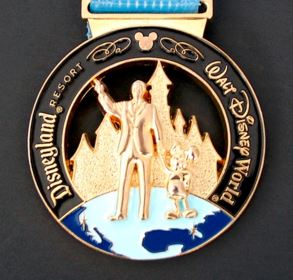 2. 2014 Disney Wine and Dine Half Marathon
This was my second year running the Wine and Dine Half Marathon (my first year's race recap is here). Unfortunately, the weather was awful that second year, but I made the best of it. Both years' medals were beautiful, but the 2014 medal was a notch up since it was a rotating double-sided medal. Besides, how could you not adore anything with a running Mickey on it? 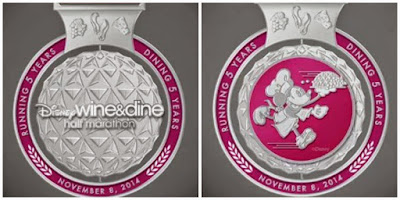 3. 2014 Illinois I-Challenge medals
The Illinois Half Marathon and Illinois 5K medals were fabulous because they have the symbol of my beloved alma mater on them. The University of Illinois is very near and dear to my heart. Plus, the medals symbolized a moment of huge personal triumph for me. That weekend I set a half marathon PR, which at the time bested a prior PR that was well over a decade old. 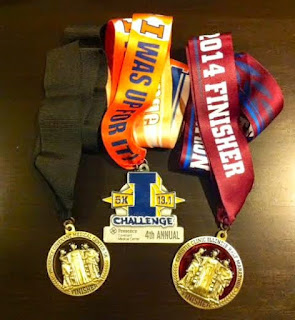 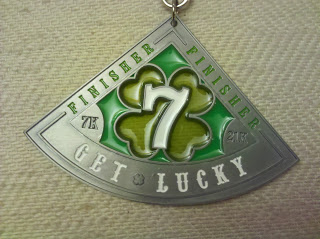 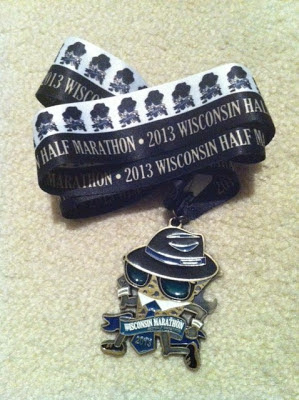 6. The 2012 Chicago Marathon
Finally, I hold a tremendous amount of sentimental value from my Chicago Marathon medal. It's not the flashiest medal. But to me, it symbolizes the glory and relief of finally achieving a goal that at the time I'd held for decades. 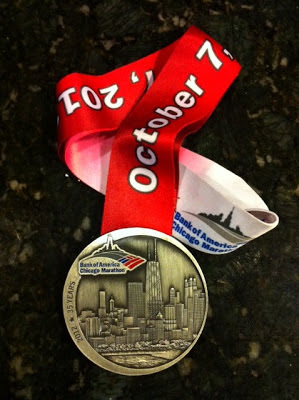 Your turn! Please tell me more about some of your favorite medals from all time!
Posted by emmers712 at 11:11 AM