The Chicago skyline is beautiful.
I've lived in the city proper for over 15 years and the skyline is still awe-inspiring to me. Earlier this week, I went to an event at 360 Chicago, which is the observation deck on the 94th floor of the John Hancock Building. The views were unreal!

I took about 50 photos that night. Here is a very small sampling of daytime/nighttime contrast shots:


I love being a tourist in my own hometown!

Days go by and still I think of this...
At the 360 event, the DJ played the song from that old Mitsubishi commercial (do any of you guys remember it?):

It's been running through my head ever since. Many years ago, I had a copy of the song on a self-burned "dance-music" CD. Now I'm thinking about adding the song back onto my workout playlist.

It's hard to believe that Mitsubishi commercial came out 13 years ago! Back in those days, I wanted to drive an Eclipse. One of my friends used to have one. Whenever I sat in the passenger seat, I felt the urge to imitate the woman's dance. =D

There's a new snack in my desk drawer.
I've got a new affinity with snacking on jerky. The combination of saltiness plus protein = Pure Addiction 101.

I just bought a big box of jerky in pretty much every flavor I could find. 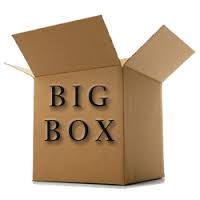 I'll probably go through the entire box in a week or so.

If anyone has other recipes with jerky as an ingredient, please share!

The 8K eludes me.
I mentioned here that I was desperately seeking another 8K PR attempt, and couldn't wait to sign up for the PAWS Run For Their Lives 8K in June.

Unfortunately, the PAWS organizers just announced the race distance has been changed to a 5K this year.

The search is already underway for other 8K alternatives. Erin mentioned the Got2Run For Education 8K next month (thanks again, Erin!). It's a consideration, but the event has one big catch. Look at the course map: 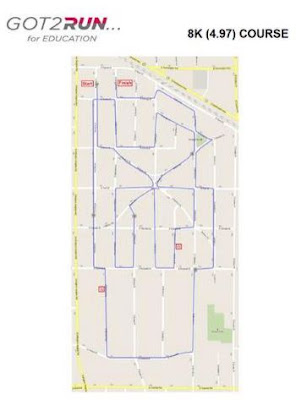 That's one of the most flower/pinwheel-like courses I've ever seen. (I hope they have a lot of knowledgeable course marshalls!) Definitely not the most conducive set-up for a PR attempt. #FirstWorldRunnerProblems

And so the search continues...

It's almost playoff time!!!
I am both ready and not ready for the NHL playoffs to begin next Wednesday. For some teams, the fight for playoff position is going to go down to the wire. It will be riveting to see how the drama unfolds.

In accordance with annual tradition, my fourth edition of Spin the Hockey Brackets is coming soon to my blog near you!

Extremely serious contemplation has already taken place on which team will command my top pick this year.

I will share my predictions starting early next week. As usual, I am ready if and when you all want to let me how wrong you think I am. Game on!

In the meantime, I simply had to share this ridiculously adorable GIF of Kaner and Joey the Junior Reporter. It is too cute for words!

--
Linking up with Amanda's Thinking Out Loud Thursdays.