Continuing from the Army 10-Miler expo, which was the most unique race expo I've ever attended.

In the past, I had heard a lot about the Army 10-Miler, but didn't envision myself running it. Then last spring, when visiting my friends Vanitha and Asheesh in DC, the race came up in discussion. Asheesh is in the army reserve, so this would be a very meaningful event for him. I jumped at the opportunity to run such a famed race with a good friend. 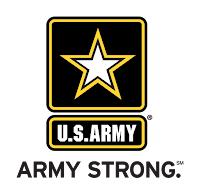 Adam's father and stepmother also live in the DC area. To further sweeten the deal, it turns out the race date coincided with my father-in-law's birthday. Therefore, a DC visit that weekend would be perfect timing for both a birthday celebration and the race. 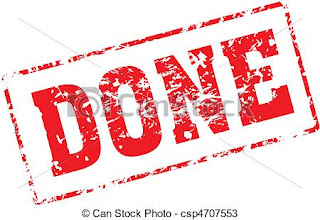 Unfortunately, Asheesh has been battling injury over the last few months. In the end, he opted not to run. Obviously it was a very smart decision for him to play it safe, but I was bummed I wouldn't get to run with him.

On race morning, I arrived at the Pentagon to find it had been transformed into a race start village.
I saw plenty of runners dressed to honor our nation: 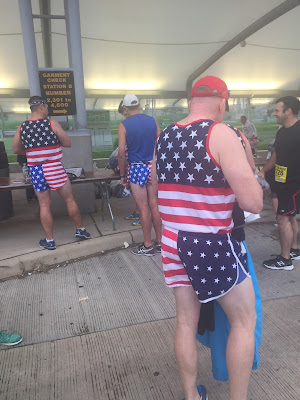 The temperatures were in the 50s, and some early morning rain had cleared out just in time for the race start. Unfortunately, the winds were very gusty. It was so windy that runners' discarded trash bag dresses were whipping around everywhere on the streets.

Some folks were less fazed by the conditions than others, of course. 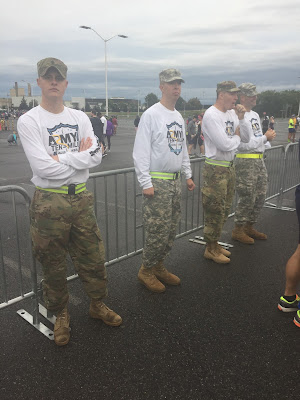 I had been considering trying to make this a PR attempt. The weather, combined with the scenic DC course, made it an easy decision to just run for fun.

It was a long walk from the corrals to the start line. I ended up missing my starting corral since I was in line for the portapotties. I joined the next corral instead. While heading towards the starting line, I realized the magnitude of the 35,000 runners participating in the race. This event is enormous!


A helicopter was circling the skies during the entire race. Near the start line, I was happy to get this snapshot of the helicopter above the American flag. 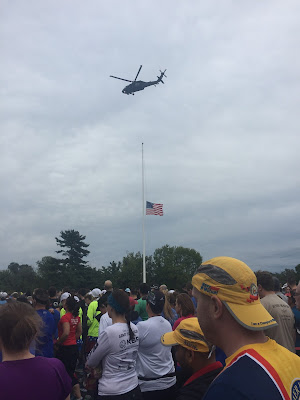 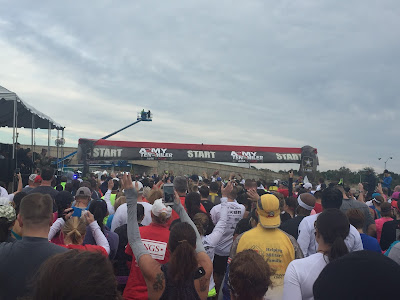 I headed out at an easy pace and kept my eyes open for historic sights and monuments. The course was filled with them! Here are some highlights:
Unfortunately, my bladder was not cooperative throughout the length of the race. This was frustrating because I had gone twice before starting the race. Apparently even after all these years, my pre-race hydration strategy is still not perfect. There were aid stations every two miles with portapotties, but the lines were always very long. I didn't feel like waiting so I just kept on going. I also opted to skip taking any GUs, too. In retrospect, these weren't the best ideas, but it ended up being okay.

The mile markers each had a different soldier's creed on them. Talk about an incredible way to inspire the runners to keep going!
Adam got this picture of me around Mile 6, which was on the National Mall near the Smithsonian Institution Building: 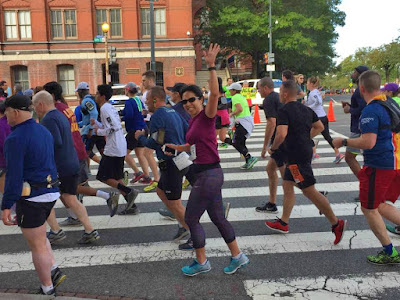 As you can see, the course was very crowded. It remained that way throughout nearly the entire race. Windy conditions aside, I definitely agree with those who advised this is not a race in which to attempt a PR.

One of the most touching elements of the race was that all of the aid stations were manned by army personnel. Sometimes the aid stations and rows of army soldiers stretched for several blocks. This picture so does not do it justice: 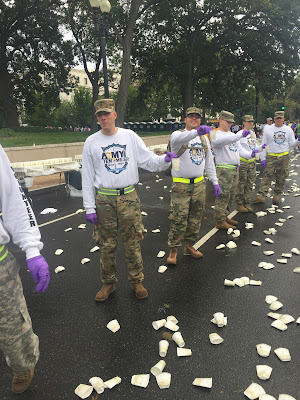 I can't even begin to describe to you how it felt to be running through the long stretches of army soldiers, all offering you water or Gatorade and cheering you on. What an honor. It brought tears to my eyes every time.

A lot of the army folks were having fun, too. I heard some of them shouting things like,

Hearing these made me smile.

I enjoyed the many bands on the course, all of which were playing patriotic songs: There were some great spectators: 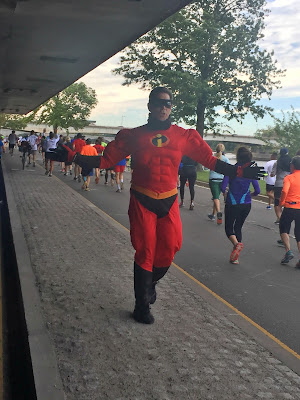 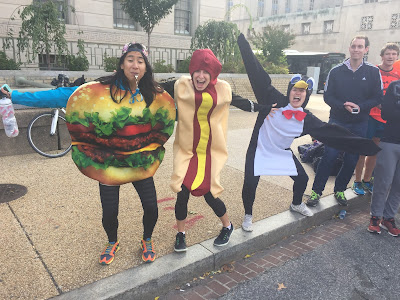 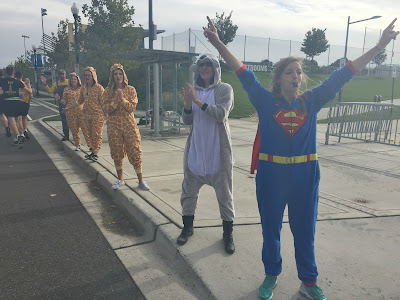 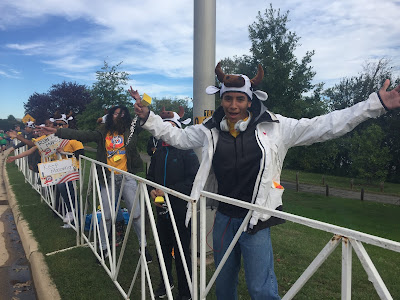 As you might expect, there were a lot of veterans running the race: 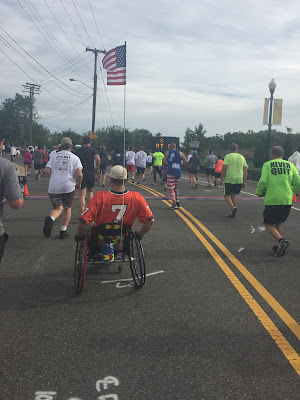 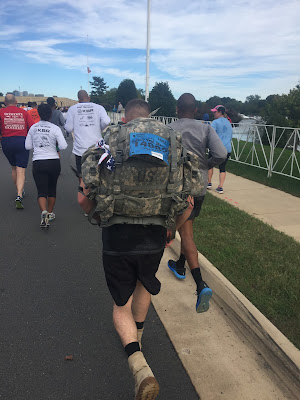 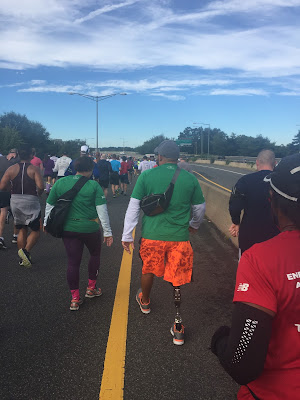 I heard other runners talking about walking up certain hills, et al. Much to my surprise, I didn't notice any inclines on the course. Imagine that, right?

This was a snapshot from around Mile 8, I think, shortly before we started hitting some enormous headwinds. 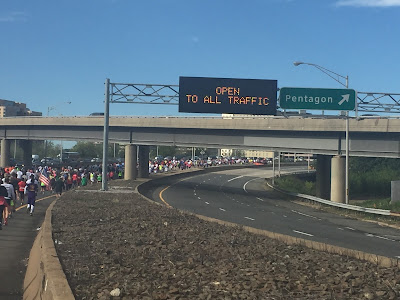 WOW - those winds were brutal, especially at that point in the course. I was really thankful this race was only a 10-miler as opposed to a half marathon or longer. More army personnel were stationed along various points to cheer us on.

The finishing chute was lined with American flags and spectators. Again, the photo doesn't do the scene justice. 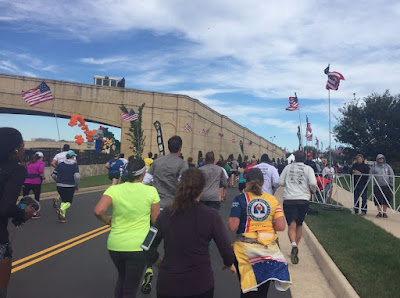 What an exhilarating finish! All runners received a beautiful finisher's coin. Normally I am very partial to medals, but I love the coin:
It was such an honor and a privilege to run this race in our nation's capital with the support of so many of our armed forces. I feel truly blessed to have had this experience. In my opinion, this race is a must-do for all DC-area runners and/or anyone with a military affiliation.

I only wish that I could have run with Asheesh. I can't even imagine how meaningful the festivities would have been for him. It would have been awesome to share the experience. Asheesh - I wish you the speediest of recoveries, and let's put this race back on the list for another year!

To all the brave men and women serving our country, I salute you!!! 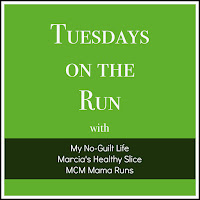