Linking up with Irina on her weekly "Frames From The Weekend" posts to summarize the happenings of the weekend! 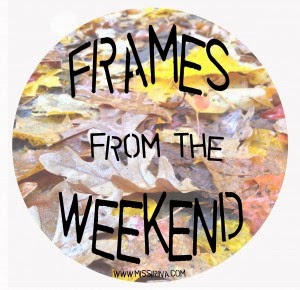 My weekend began got off to a great start with a date night on Friday with Adam. First, we went to our favorite local neighborhood sushi joint for dinner: 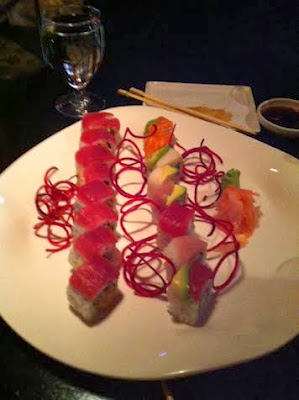 Then, we went to see a performance of Wicked in the theater district. I had never seen Wicked, but Adam had seen it once before and wanted to see it again.


Wicked was an incredible production! I didn't know much about the plot, other than it was the "untold story of the witches of Oz." I had heard many others say that the story was unexpected and very surprising, and that it would make me look at the Wizard of Oz in a whole new light. Given this, I was mentally prepared to be shocked when I went in. Even so, I still walked out with my jaw dragging along the ground. The story is ingenious. Now I want to rewatch the original Wizard of Oz to more closely understand some of the details.

On Saturday, three awesome ladies came over for a facial/potluck party:


These women are the most amazing, inspirational, and supportive friends. I don't get to see them nearly as much as I would like so it was fantastic getting to catch up with them. As is usually the case whenever we all get together, our conversations make the hours fly by.

We always have obscene amounts of food/drink at our gatherings, too. Here is a very, very small sampling of what we had on hand:


Later that night and as is usually the case in my household between October and June, Adam and I watched ample amounts of hockey:

Since we're talking hockey, a couple of quick notes on the Blackhawks:

By the way, Adam doesn't think the video is as funny as I do. He proclaimed Steeger's rapping even worse than this video:


(For what it's worth, I thought both of those videos were hilarious. But, I digress.)

Throughout the weekend, I continued progressing on my Runners World run streak. I am up to 9 days now and feeling good!

I'm starting to get really excited now about the upcoming holidays. I've also been looking at Black Friday offerings and contemplating my dining strategy. Here are some pictures honoring my anticipations of festivity:

Who else is running Turkey Trots? Do you have a plan of attack for Black Friday, or do you plan to avoid the shopping attack?

I won't kid you, it's going to be a challenge for me to get through the early part of this workweek. Must. Stay. Focused...
Posted by emmers712 at 6:00 AM