Some (but not all) weekend ugliness

I did not end up doing the last-minute entry into the Wisconsin Half Marathon this past weekend. After debating back and forth and back and forth, what finally sealed the deal was that I didn't get very much sleep on Thursday night. Running Wisconsin the next morning would have involved another night of minimal sleep. I decided not to push things.

I still wanted to get in a double-digit training run over the weekend, though. I'm running the Chicago Spring Half Marathon on May 18. Under normal training circumstances I would have taken this past weekend easy, but next weekend I'll be in Pittsburgh with a packed schedule. Therefore, I slugged through 10.2 miles yesterday. And when I say slugged, I really do mean slugged.

My left hip and hamstring started feeling very sore and tight afterwards. I spent a lot of time trying to stretch things out last night, but the discomfort still remains today. It's to the point where I'm walking with a slight limp right now. Ugh.

When I made the decision on Wisconsin, I was lamenting that it was really too bad the race was Saturday, not Sunday. If it were on Sunday, I would have gone for it. But in the end, it turned out to be the right decision for me not to run Wisconsin. Given how things are feeling today after just a long training run, the potential for uncomfortable ugliness would have been off the charts if I had raced.


Congrats to everyone that did run Wisconsin, though, as well as all other races this past weekend! I've read about lots of strong performances and PRs. Woo hoo!

Now, getting back to the ugliness that was yesterday's long run. I had an uncomfortable incident with a passerby which has been weighing on my mind.

I was about one mile into my run and I ran past a random man on the sidewalk. He stopped me and asked if he could have some water from my handheld bottle.

I hesitated for a moment, thinking it was a bit of an odd request. I've only had one other incident in my life when someone had asked me for water from my bottle - and that was by a homeless girl when I was in Myanmar. This guy didn't really look homeless. But I figured it was just water, and I certainly know what it feels like to be thirsty. So I popped up the sports cap on my bottle, then handed it to him.

Personally, when I use a "shared" water bottle, I try to keep things sanitary. No facial contact with the bottle. I will hold the bottle a few inches away from my face and squeeze the water into my mouth. Kind of like this (but not exactly):


I figured the guy would do the same. Instead, he put the bottle into his mouth and sucked out of it the way a baby drinks out of a baby bottle.

He then made a racially-charged remark towards me.

I tried to respond calmly. (I grew up in a very non-diverse town and I've had plenty of racial comments hurled at me throughout my life. Sad to say that I'm somewhat used to it.)

But then, instead of handing me back my bottle, he dropped it onto the ground and started walking away. No words of thanks, nothing.

I picked it up without saying anything. Then I ran away in the other direction, shaking my head. My pace was fueled by anger, disgust, and annoyance. You try to help someone out, and this is what you get. Not to mention that I certainly wasn't going to be drinking from the bottle again after that incident. Way for that guy to throw a nice hydration wrench into my run at Mile 1, too.

People really amaze me sometimes, and not always in a good way. 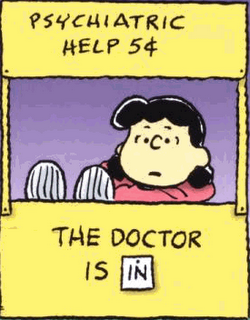 Hey! I can't end this post on such an ugly note, so let's talk about some things that are making me happy.

My Blackhawks are up 2-0 in their series against Minnesota! There were so many great highlights from the weekend, but in particular, I loved seeing:


I've also been having fun participating in a newly-formed neighborhood run club. Plus, I'm starting to think about target half marathons for the fall, when there are some really great options. More about both of these topics to come in another post.

I hope everyone has a great start to the week. For those of you that raced, I love hearing the details so keep those recaps coming!
Posted by emmers712 at 2:08 PM