I have blog topics coming out of my ears right now. I have a lot to share about my Green Bay visit this past weekend. On top of that, I got to meet Rita Jeptoo at a Nike Running event last night!

First things first. Let's talk about the Esprit de She 10K that I ran last Thursday night. This was my second year running this race (check out my recap of last year's race here). Both years, I've been an ambassador for this race, as well.

Last year's race was the first time I've ever run an all-female race. I was pleasantly surprised at the positive vibe that surrounded all the festivities, and was looking forward to experiencing that energy again this year. Mother Nature obliged with absolutely gorgeous weather on Thursday night - clear and sunny, with temps in the low 70s.

After work on Thursday, I met up with Katie near our respective offices. She had parked downtown and had graciously offered to let me ride up to the race with her. She just started a new job a few weeks ago, so I had a great time catching up with her on that and everything else.

Unfortunately, Katie and I hit some terrible traffic enroute and we had to take a detour. Both of us were doing race-day packet pickup, and it was starting to look like we wouldn't arrive in time. Thankfully, Marcia and Erica were already on site and willing to stand in line for us. Hooray for the magic of iPhone technology, which I used to text Marcia pictures of both of our driver's licenses. Whew!

We arrived on site. This was the scene:


Time was short and things felt a bit chaotic trying to go through gear check, etc. But we still managed to meet up with everyone and get a great pre-race photo. I finally got to meet Meghan in person, too!


Marcia, Meghan, and Katie were all running the 5K, and Erica and I were running the 10K. The 5K started at 7:00 PM and the 10K kicked off at 7:10 PM. After this picture, all of the 5K runners went immediately to go line up.

Erica and I made a portapotty stop, then chatted while waiting off to the side to watch the 5K start. (By the way, Erica ran 33 miles the previous Saturday! Holy cow!)

Here's a picture of the ladies lining up:


After the 5K runners cleared, the 10K runners got set. They made some announcements about some rough patches along the course due to the recent thunderstorms in the area. This was helpful to know.

There appeared to be nearly twice as many 5K runners as 10K runners. Many women were dancing along to the music being played at the starting line. It made me smile. I was prepared to give the race a strong effort with the hopes of attempting a PR.

I heard later that the 5K course was fairly crowded, but fortunately crowding was not an issue for me at the 10K start. I started out right on pace and felt good for about the first two miles.


As I was cruising along, I was thinking about how the 10K was one of my favorite distances. This was going to be fun! But then, a few minutes into the third mile, I started thinking that it was going to be tough to maintain this pace for another 3+ miles. Let's just keep this momentum going as long as possible. There were several water stops set up along the course, but I only stopped once for fear of losing my rhythm.

Here's another picture from the course along the lakefront:


The lakefront path in that area, while affording beautiful views of the beaches, also brought with them some rough areas as warned. There were some muddy areas, some standing pools of water, potholed asphalt, and patches of sand. I was very focused on maintaining my footing. As a result, I didn't pay nearly as much attention to the scenery as I would have liked.

On that note, I had studied the course in advance and had been a little nervous about it. It was basically an out and back for the 5K runners, but the 10K runners looped through part of the course twice. Here's the course map: 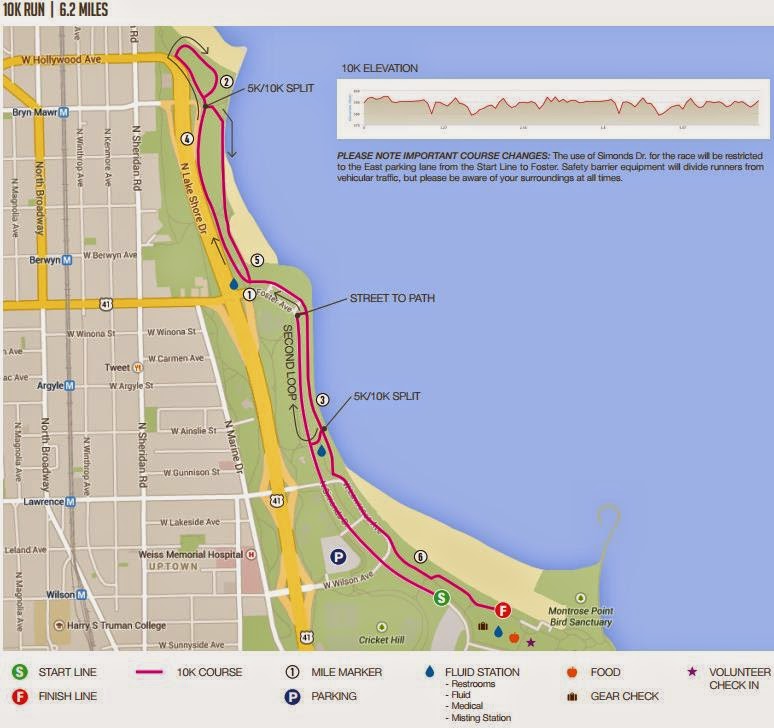 As expected, the second loop was mentally difficult. My splits started dipping.

I was thinking that I wanted to take back everything I had ever said or thought about the 10K being a favorite race distance. In the final 1.2 miles, I started getting passed by other runners. It was frustrating. I kept looking down at my Garmin and trying to calculate approximately how many minutes I had left.

The finish line came up suddenly on me. I glanced down at my Garmin in the final stretch and was shocked that based on elapsed time, I could still achieve a PR. Seriously? My Garmin was measuring the course a little short, but OK! Away we go! 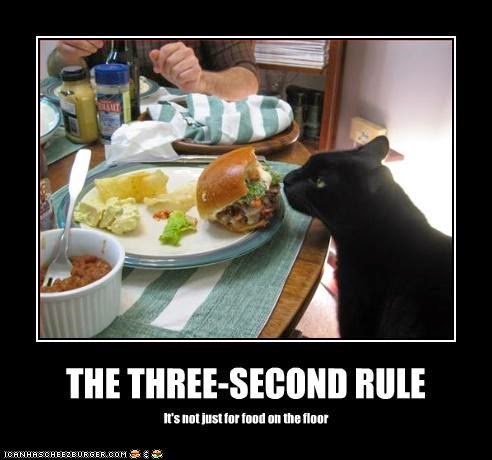 I know that three seconds is not much at all. But, I ran that course in its entirety (and I set my previous PR years and years before I ran with a Garmin). So I will take the new PR!

Honestly, I am happier about having a 10K PR from this decade than I am about the PR itself. This isn't just because it was only a 3-second PR. It's more because knocking out a 13-year old PR makes me feel like my running progress has finally come full circle from my much (MUCH) younger days. 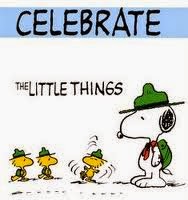 After crossing the finish line, I went to check out the post-race night market. There were booths serving wine, sangria, and hummus/veggies. Other booths were giving away yogurt cups and energy bar samples. There was also a photo area as well as booths offering massages, manicures, and hair braiding. So festive!

Here are a few pictures from the night market which were posted on the Esprit de She Facebook page: 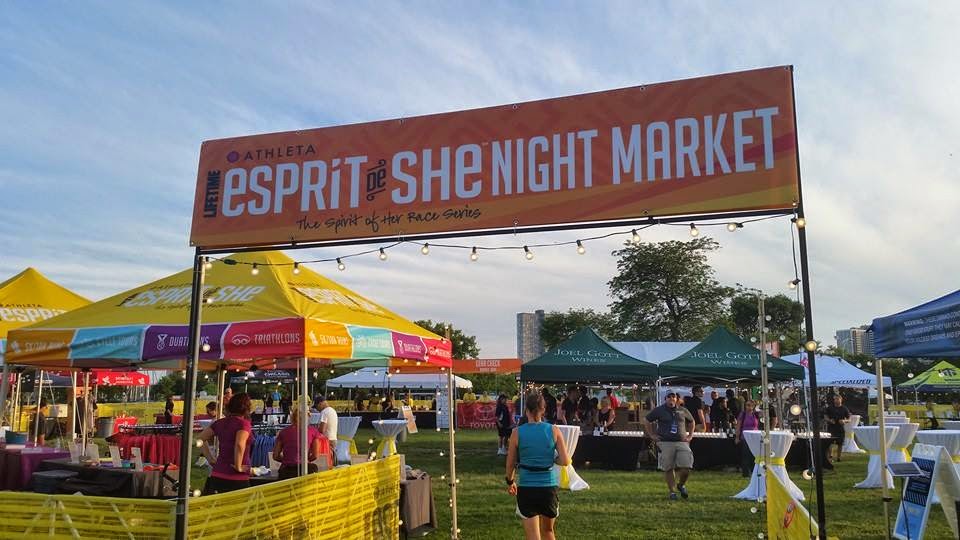 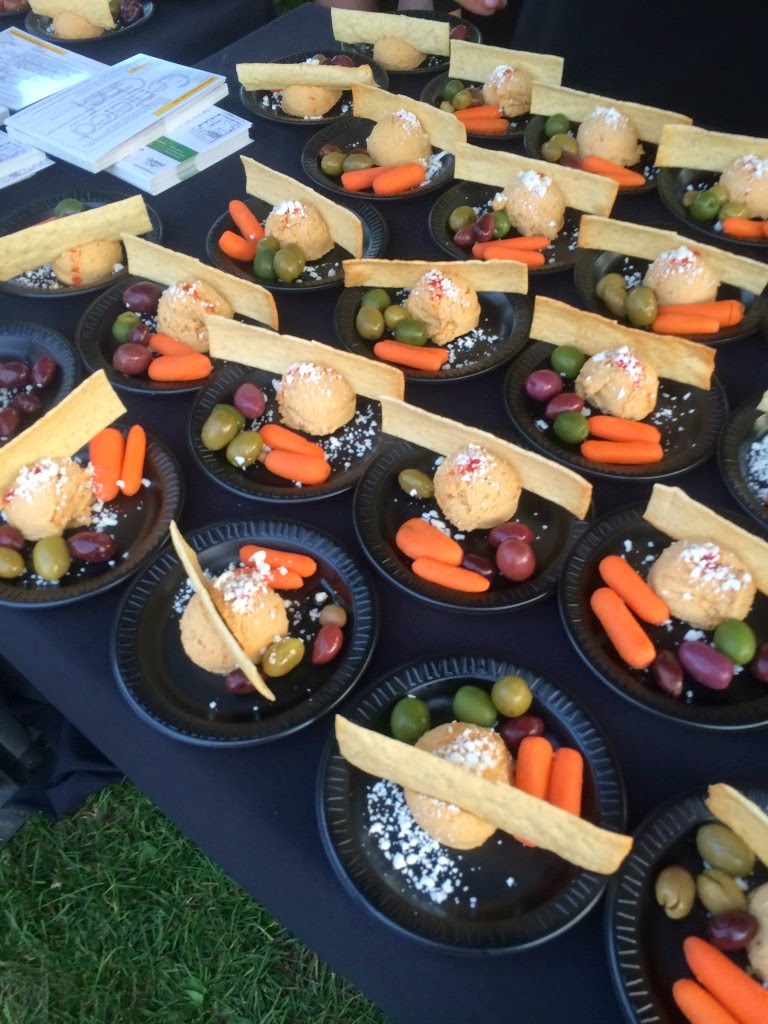 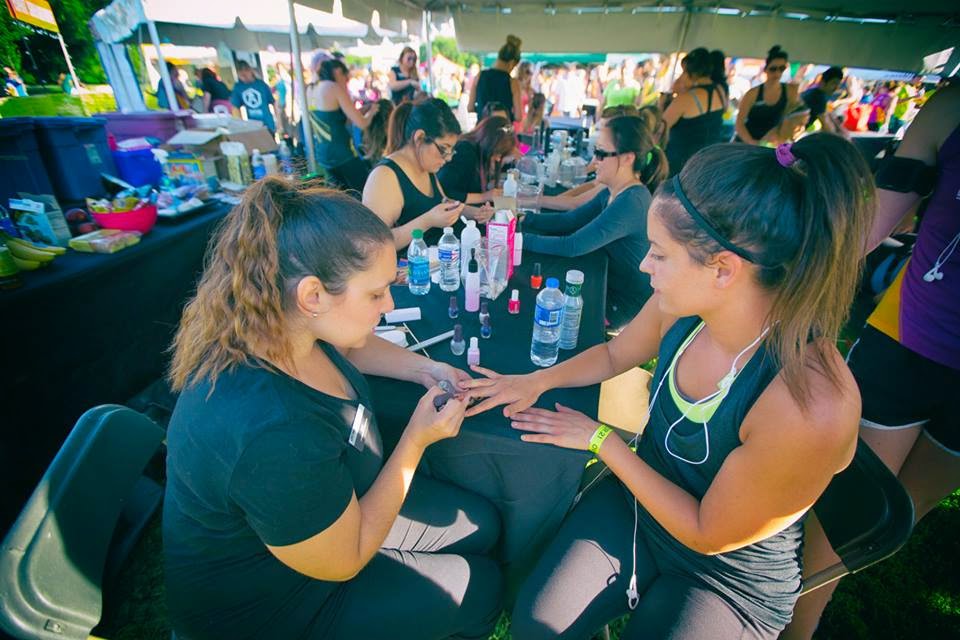 What a fun event amidst an absolutely gorgeous evening along Chicago's lakefront! It was awesome seeing the groups of gal pals, sisters, and mother/daughters bonding at the festivities together. I am excited to see what the race organizers have up their sleeves for next year's event in Chicago. I definitely hope to check out some of Esprit de She's future events in other cities, too!
Posted by emmers712 at 4:30 PM