Frames From the Weekend in Green Bay

Linking up with Irina this week on her Frames From the Weekend series. I've got lots of photos to share! 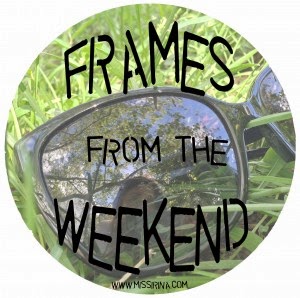 On a side note - Adam has always been a fan of using the Bill Simmons "Sports Guy" style of timeline recap blogging. (Click here for one of my favorite examples!) Today I'm going to give this particular blog style a whirl. As Adam would say, all times Central Standard and slightly estimated.

Friday
1:20 PM - Depart for the 3.5-hour drive north to Green Bay, picking up Helen along the way.

2:45 PM - Hit the first of several road construction zones on Interstate 94 and 43. It's a sea of orange cones and signs.


3:47 PM - I learn about some Wisconsin driving etiquette. In Chicago, anytime you've got a lane reduction, everyone drives up to the exact merge point (and then some) and squeezes over at the very last minute. Some folks even go out of their way to block others from merging ahead of them. But in Wisconsin, folks change lanes as soon as they see the sign for the upcoming lane reduction. They leave the reducing lane empty.

Illinois drivers don't fare well with this mentality in Wisconsin. During one lane reduction, we watched five cars, all with Illinois plates, go zooming down to the exact merge point before veering over at the last minute. Helen tells me that once when she channeled her inner Illinois driver in Wisconsin, she got a finger wagging from another driver. Yes, a finger wagging! 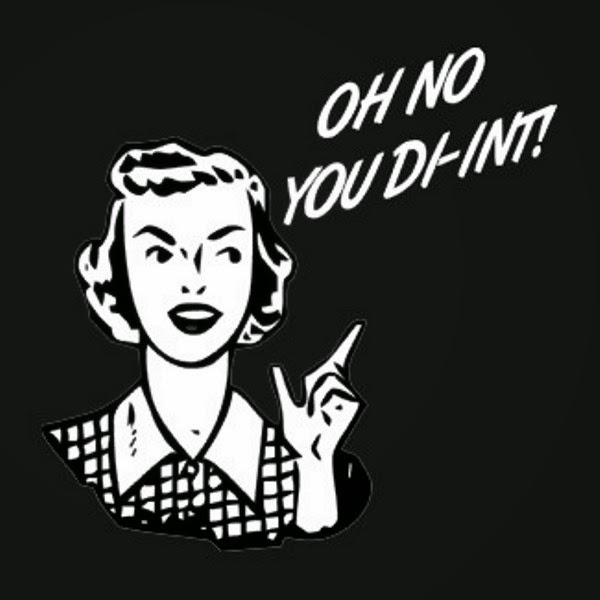 5:33 PM - We see the first "Green Bay exits" signs along Interstate 43. I get my first local glimpse of the Fox River, as well as Lambeau Field from a distance.

5:40 PM - Arrive at Lambeau Field. Lots of folks are milling around. In addition to race packet pickup for the Packers 5K, the team is hosting a Kids Fun Run plus a Family Movie Night on the Jumbotron.

On the way in, Helen and I see minions taking pictures with passing kids. We wait patiently for the kids to clear out so we can get a picture with the minions, too.


7:00 PM - Helen and I arrive back at Lambeau. The stands are filled with families dressed from head to toe in Packer attire. We find seats to catch the last 30 minutes of Despicable Me. This is our view of the movie, right in between the field goal uprights: 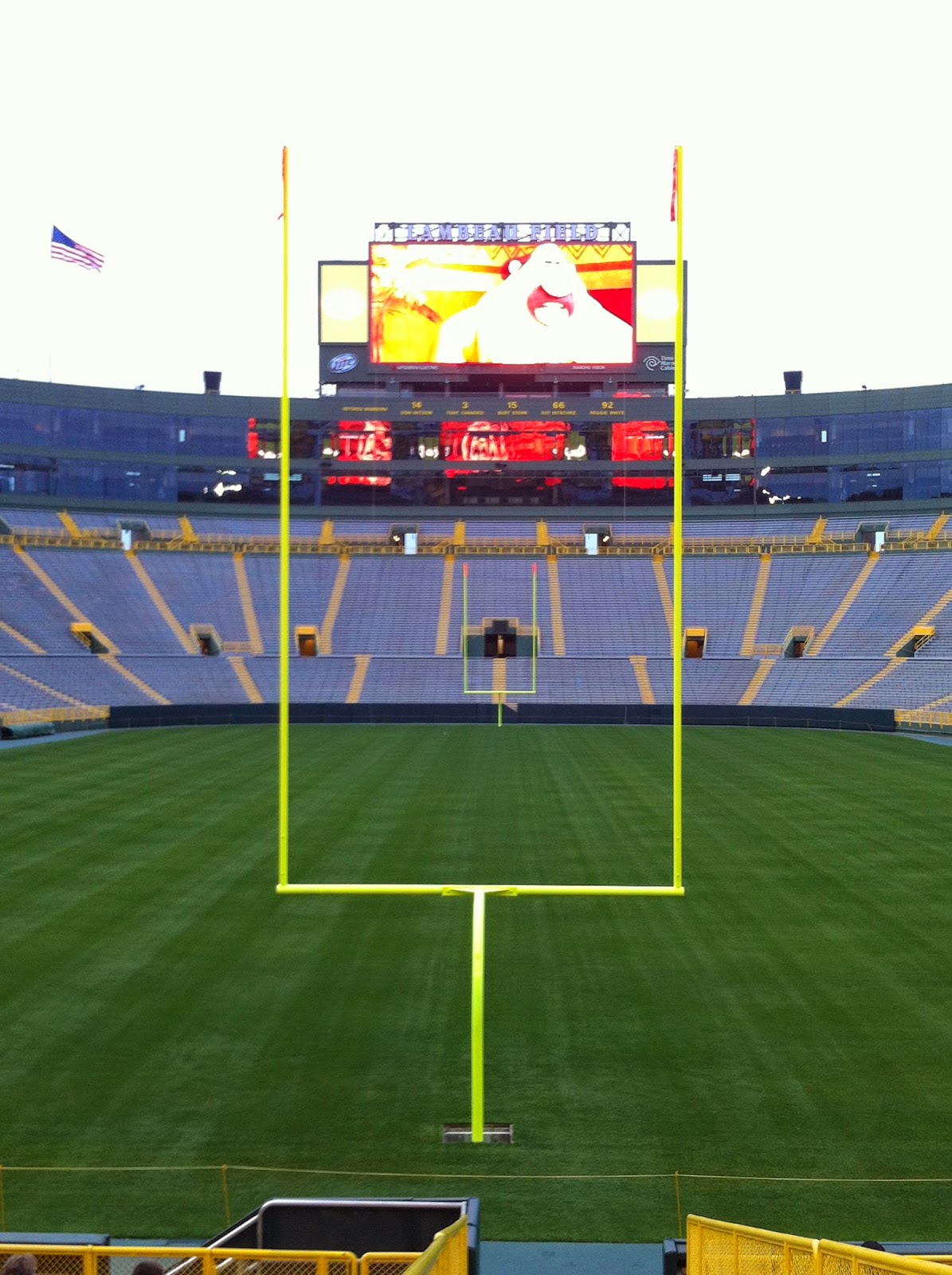 7:45 PM - The movie has ended and Helen and I are walking the stands taking pictures. We check out the site of the famed Lambeau Leap. It's much higher in person than it looks on TV.

We joke about staying on the premises until they kick us out. A few minutes later, one of the staff tells us that it's time to clear the stands. Mission accomplished.

On the way out, at least five different staff members thank us for coming and tell us to have a good rest of the night. Everyone is so friendly!

Saturday
9:30 AM - We arrive at the Don Hutson Center, where the Packers practice, for the Training Camp kickoff. The practice facility is right across the street from the stadium. 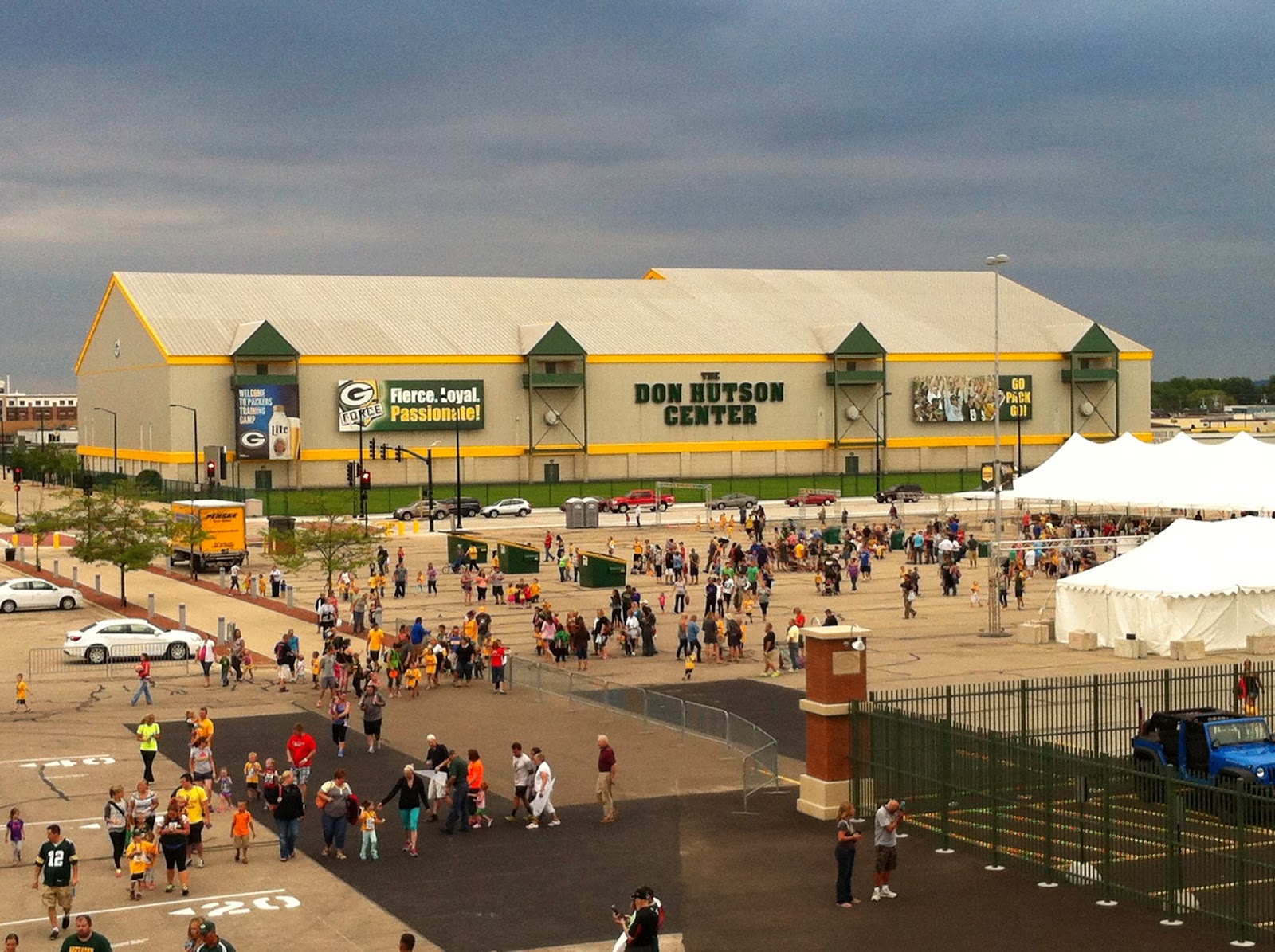 9:35 AM - I see that the Packers rolled out the red carpet for us. How gracious! I decide to take a photo to commemorate their hospitality, shrugging off the fact that we couldn't open that gate. Technical difficulties, of course. 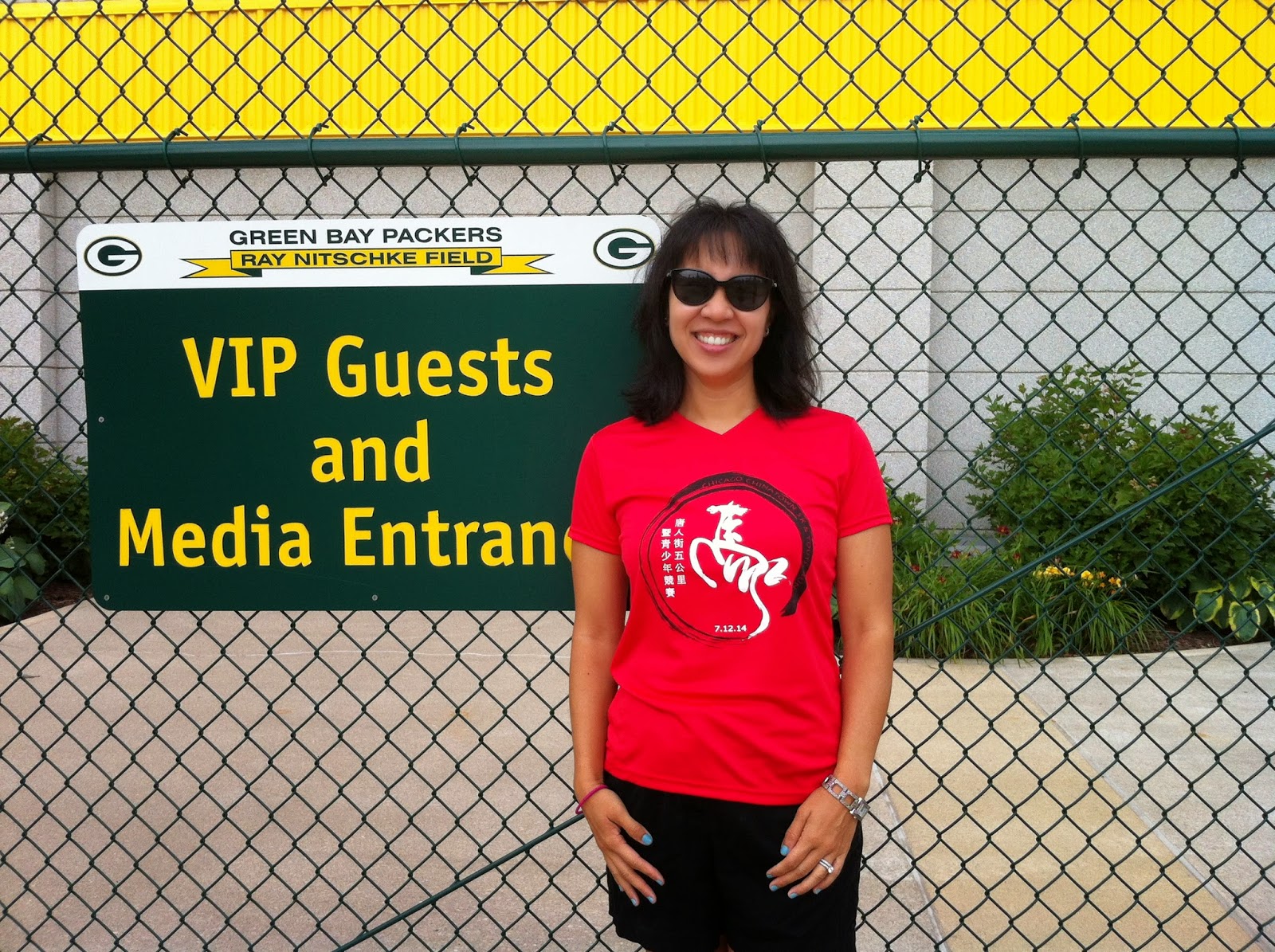 9:37 AM - We walk past lines of bicycles in line with this tradition, as well as hordes of Packer fans lining up to catch a glimpse of the practice in progress. 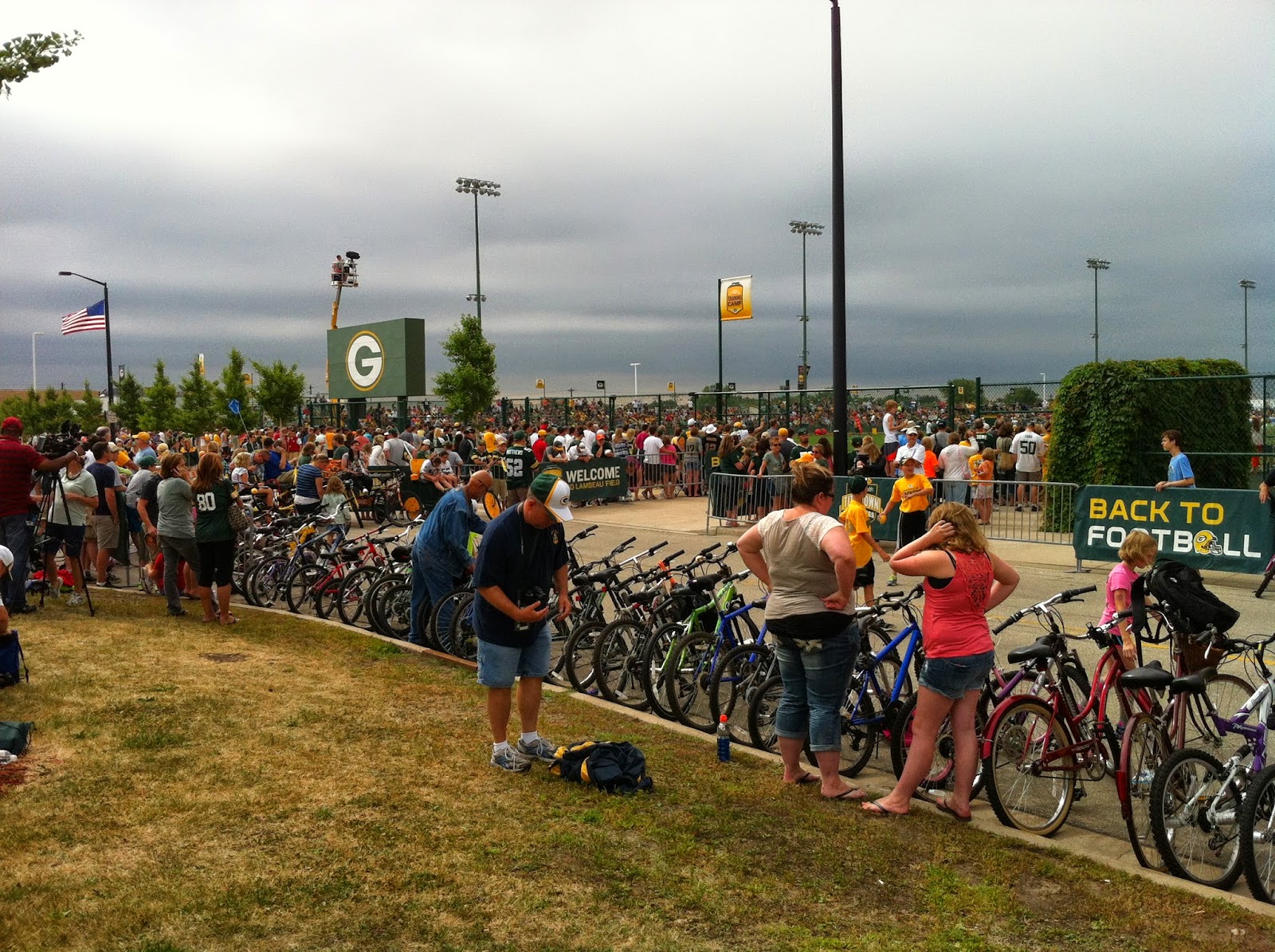 9:38 AM - We head towards the stands to find a seat, and walk right up to the entrance. We get politely redirected towards the end of a line of folks who are waiting to get seated by field ushers. Oops.

9:50 AM - The ushers take us to some seats and we start watching the action. 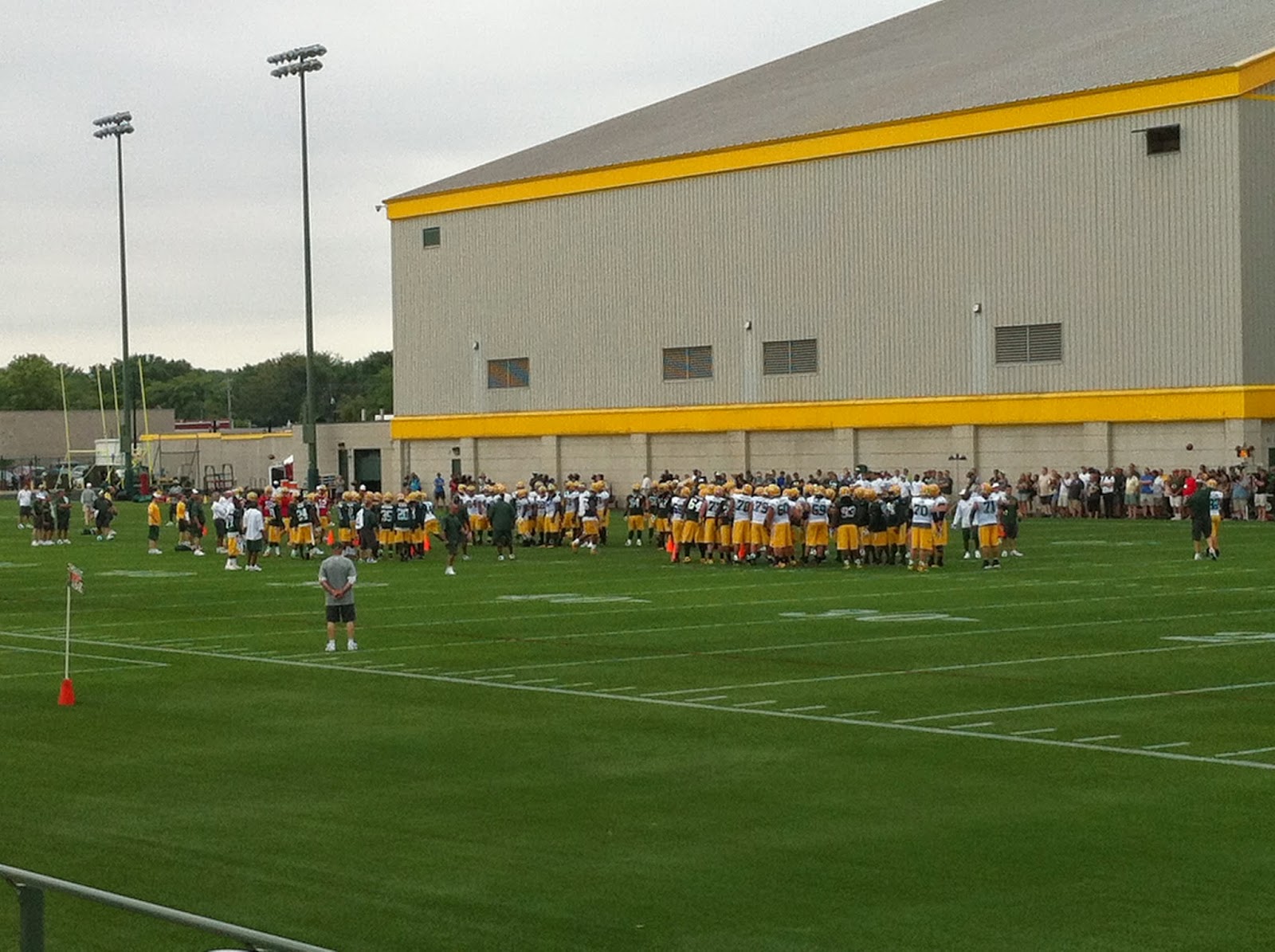 10:01 AM - I notice that some of the players are doing drills with giant bouncy red fitness balls. It looks pretty comical. I try not to giggle out loud. 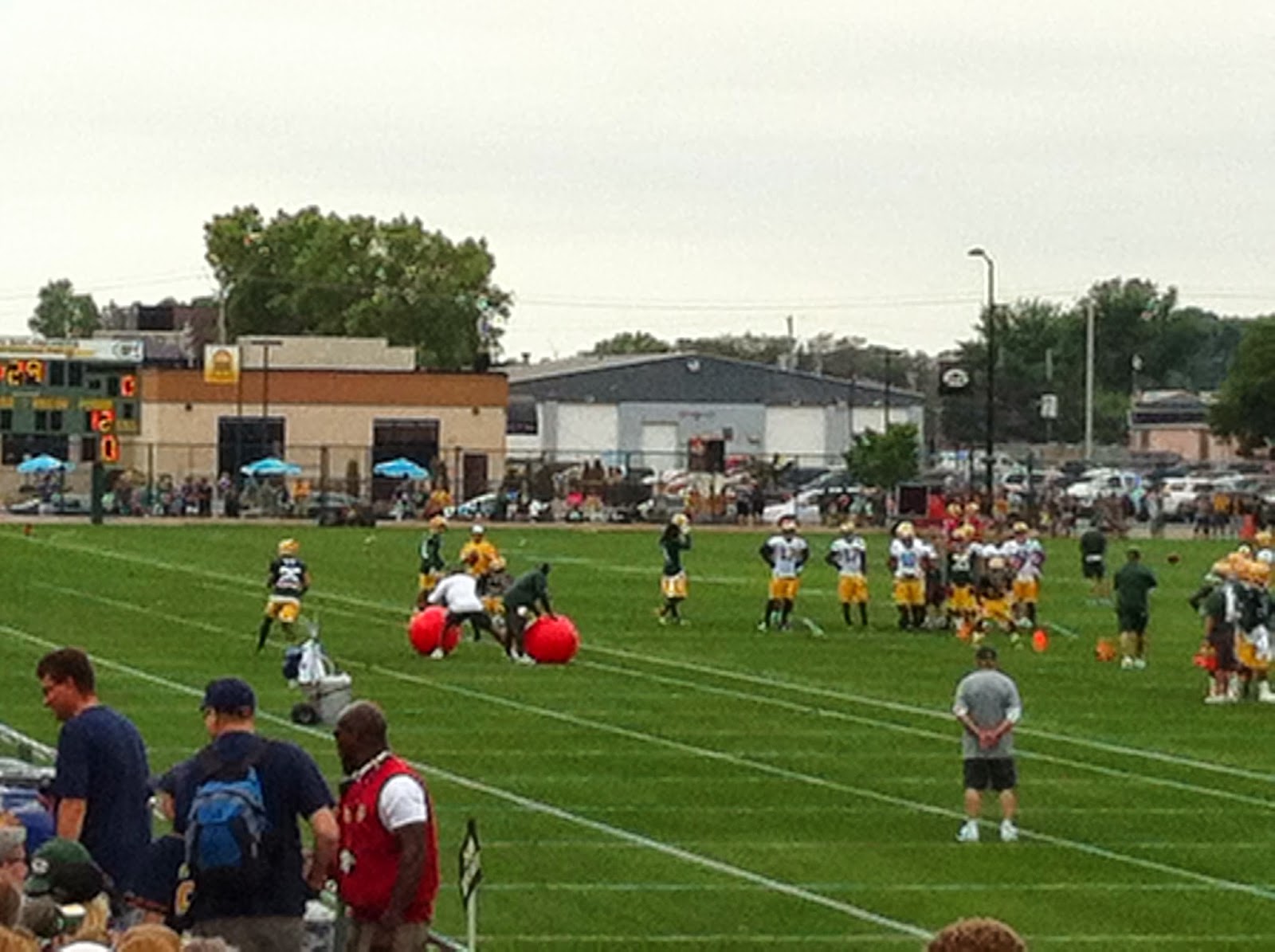 10:15 AM - We head towards the field exit, where we can watch the players riding kid's bicycles back to Lambeau. The crowd is growing and there are several news reporters and news cameras poised to capture the action.

10:30 AM - Players start entering the bicycle area. Some sign autographs and pose for pictures. The crowd is going wild. The players pick kids bikes and start departing. Some are basically scooting themselves along, others build pedal speed and go flying by.


11:04 AM - Helen's uncle got us tickets for a 12:00 stadium tour, so we start heading back to the stadium. On the way, we observe some in-progress setup for the 5K race later that night. 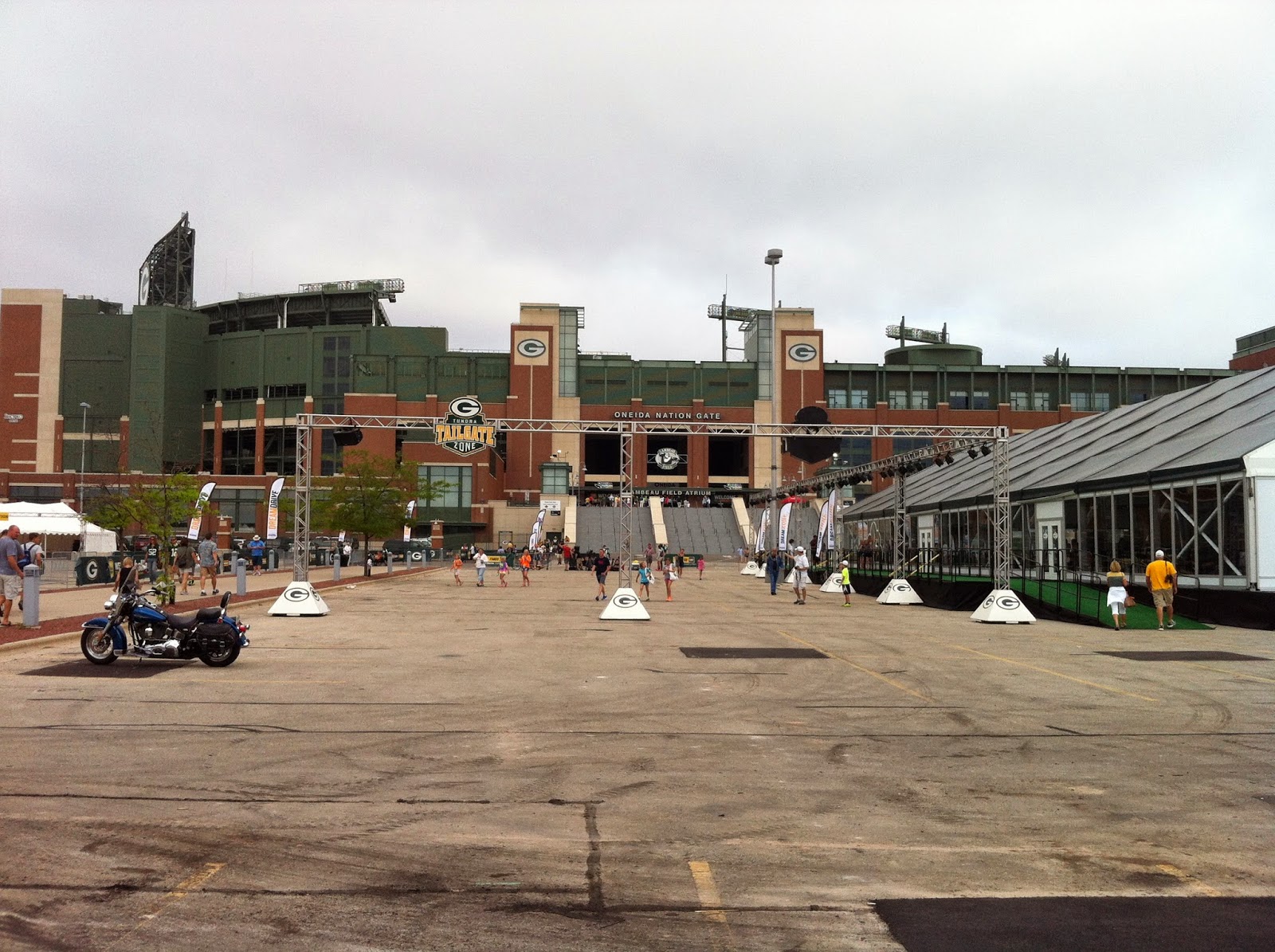 11:15 AM - We check out the pro shop, which is like Ikea for Packer fans. We even learn about the history of the cheesehead. 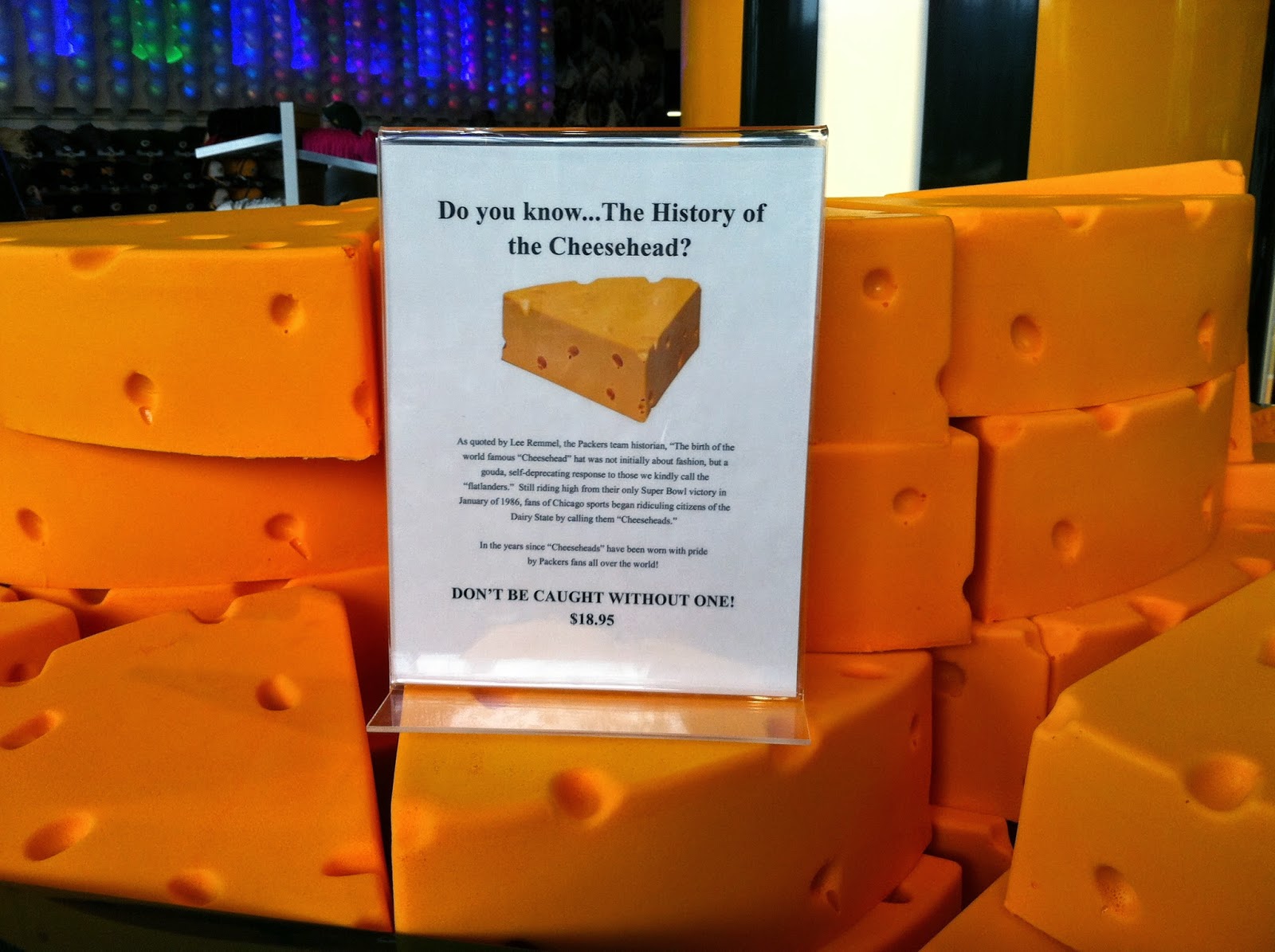 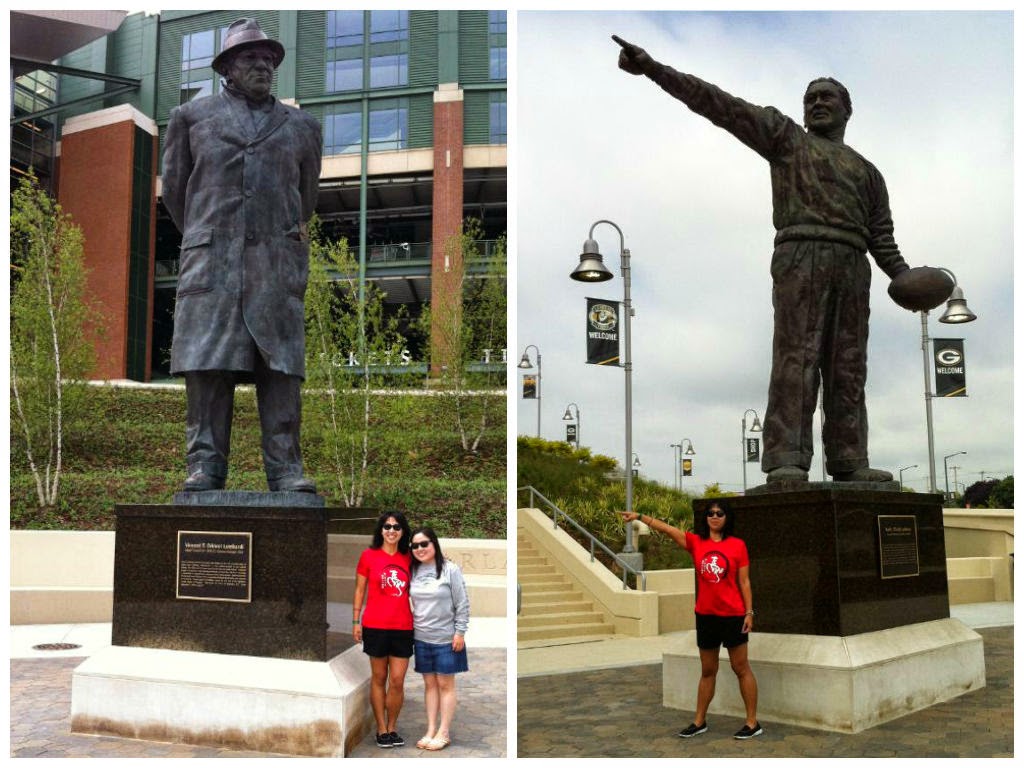 12:00 PM - We embark on a guided tour of Lambeau Field with a passionate tour guide. She asks where all the participants are from. I get a little nervous about what everyone's reaction will be when I tell her I'm from Chicago, but it barely receives a second thought from anyone. A guy from Minneapolis, on the other hand, gets a hard time.

12:20 PM - We take a front row seat in one of the luxury suites (as part of the tour) to listen to the tour guide's stories. 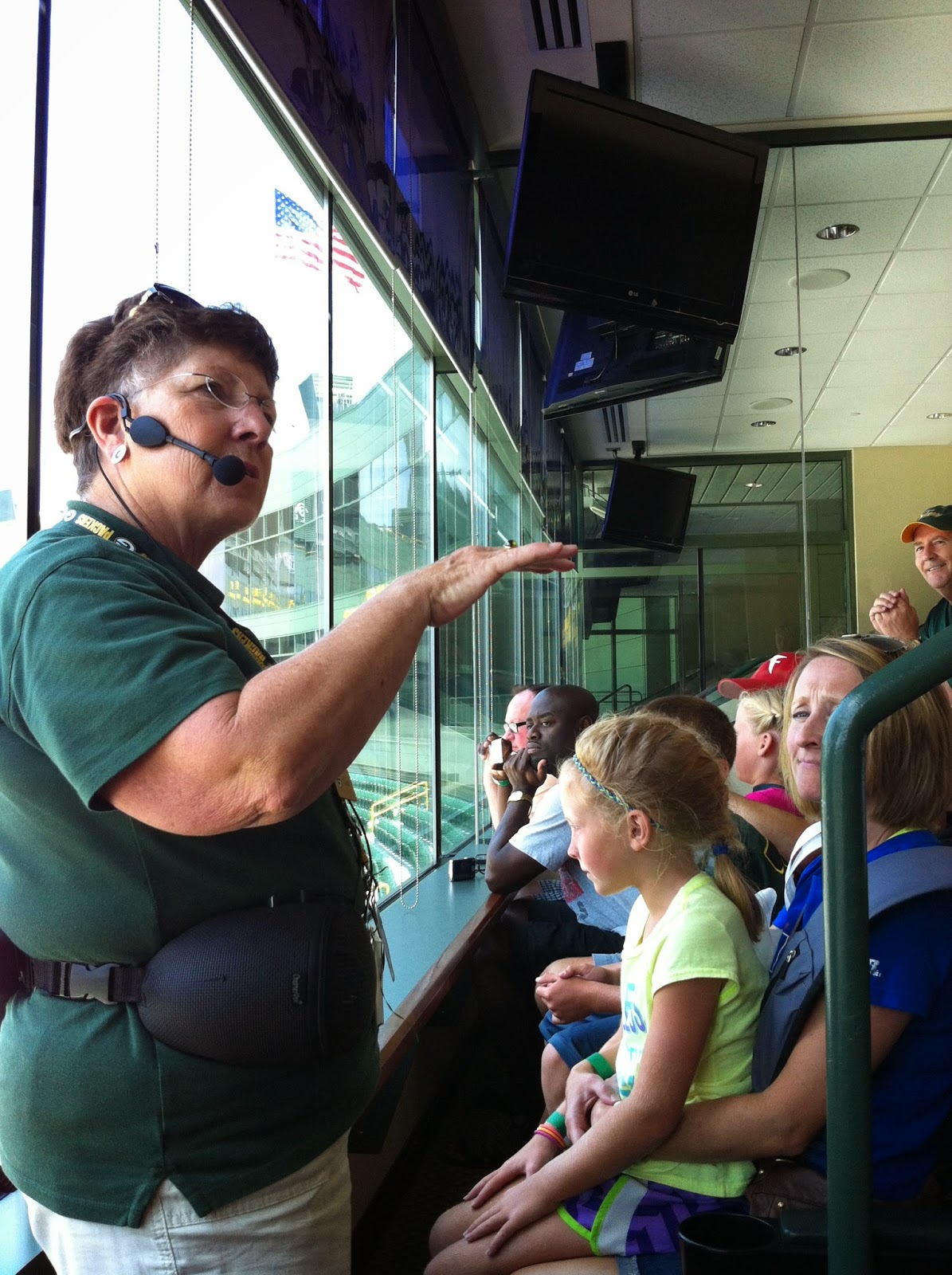 I am pleasantly surprised to learn how community-oriented and down-to-earth the organization is. For example, all concessions are sold by local charitable groups, who in turn receive a portion of the proceeds. The concessions are reasonably priced, too.

12:50 PM - Down on the playing field, Helen does her best referee impression to signal "touchdown" while I do my best "kick is no good." 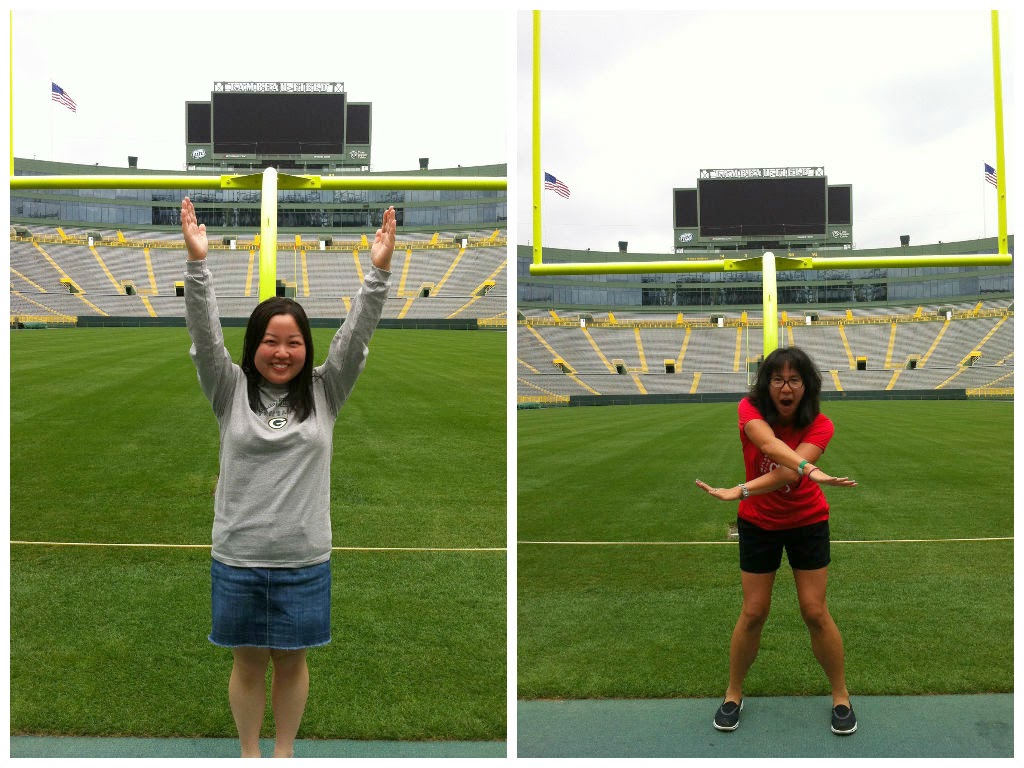 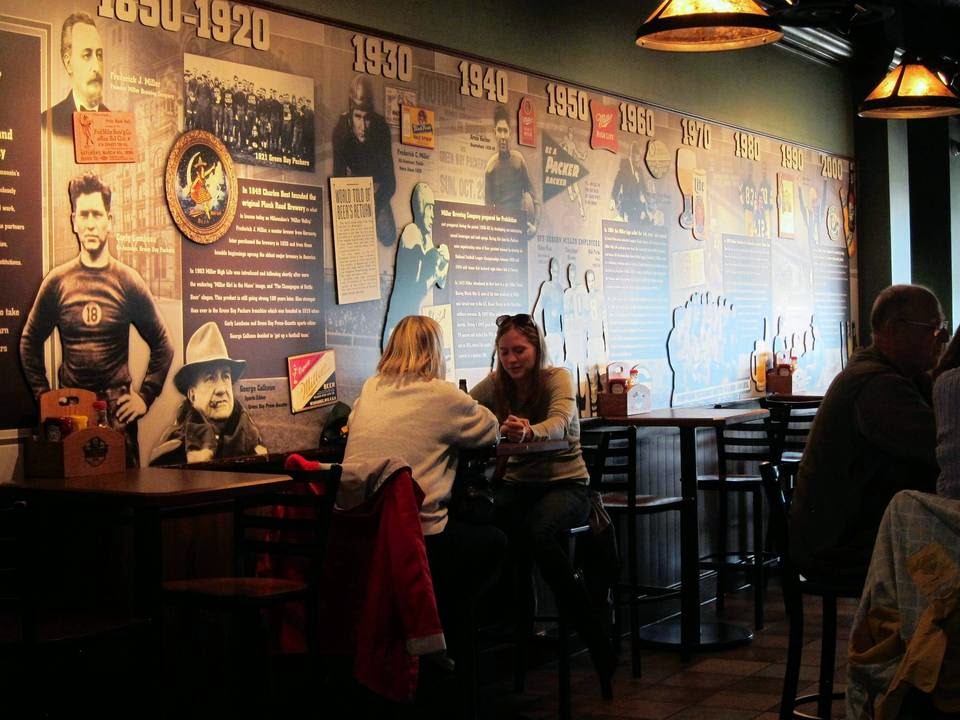 After lunch, we headed back to Helen's aunt/uncle's house to nap before the Packers 5K that evening.

I'll share more about the race in a separate post. In the meantime, here is a quick photo of the starting line: 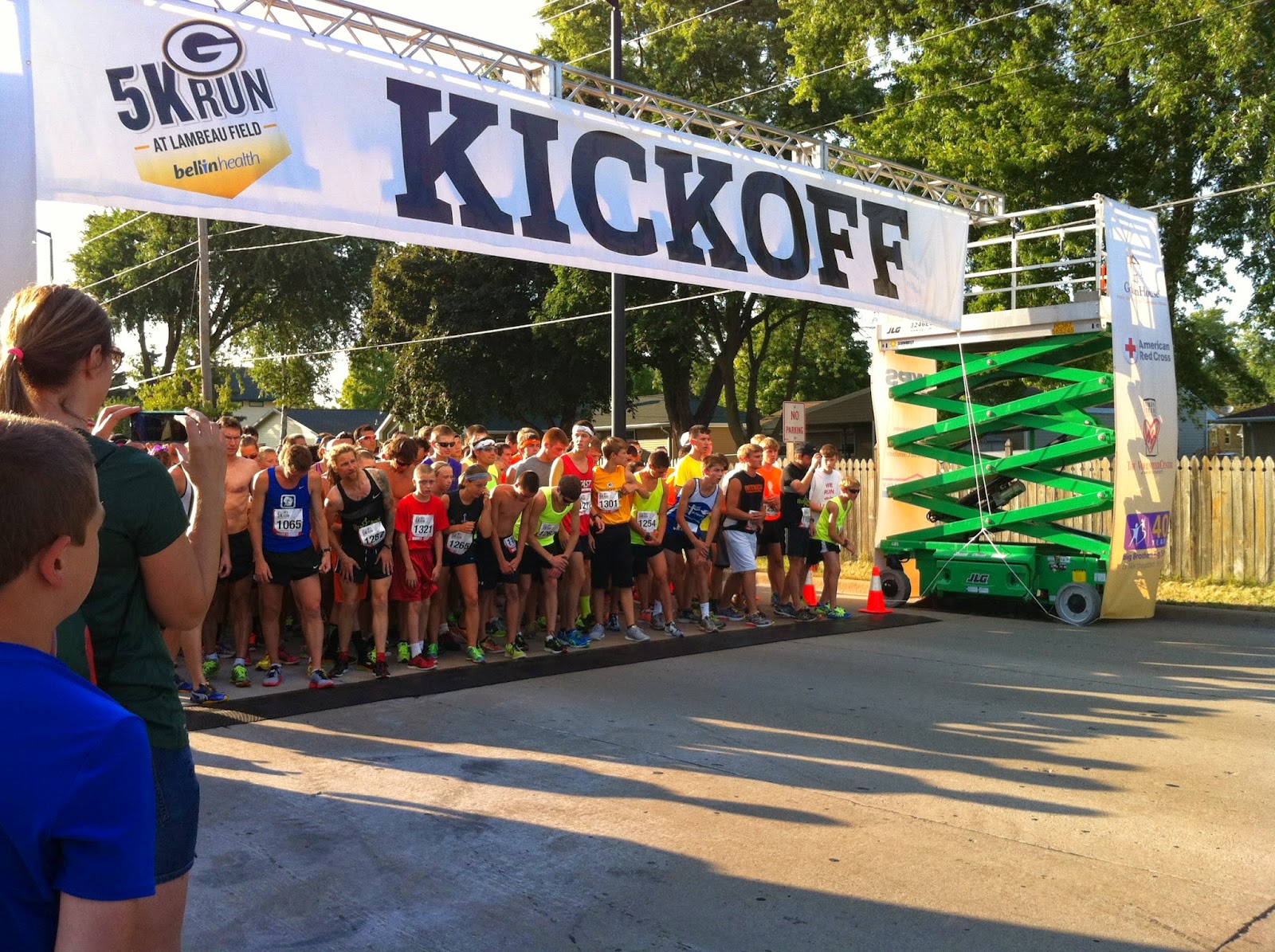 
Many, many thanks go out to Helen and her aunt and uncle for being such fantastic hosts over the weekend!
Posted by emmers712 at 10:15 PM