There are so many things going on! Last night, I went to Member Open House at the Museum of Science and Industry, and tonight I am running the Esprit de She 10K. More to come about both of these soon. But let's first talk about the upcoming weekend.

In less than 24 hours, I will be enroute to Green Bay, Wisconsin with my friend Helen. Helen is moving to Korea next month for a teaching stint. Therefore, we've been trying to find a time to get together before her departure. I've never been to Green Bay, but Helen has roots there. She and I have talked for years and years about doing a weekend trip there. We are finally pulling the trigger on doing it! Yay!

I had mentioned here that I signed up for the Packers 5K. Whenever I travel someplace, I always look for local races to run. As luck would have it, the Green Bay Packers are opening their NFL training camp this weekend. They are hosting all kinds of fun events, such as a family movie night at Lambeau Field tomorrow night, tours of the stadium, etc. 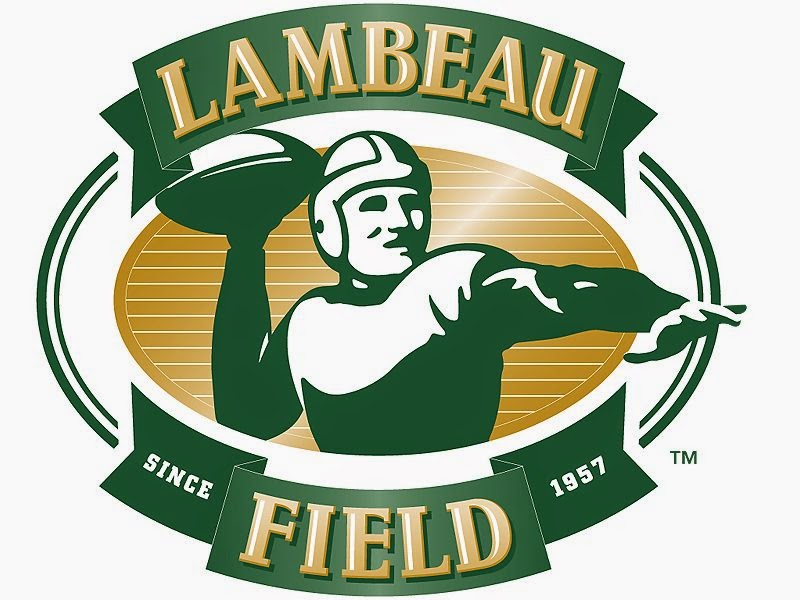 Then I saw that the Packers 5K was taking place this Saturday night. Talk about great timing! A Packers race probably takes the cake for any and all races hosted in Green Bay, ever. Runners get to run on the Lambeau playing field, go through the player's tunnel, etc, etc. Wow!

Normally when I shop for races, I evaluate location, logistics, cost, cause, and swag. But I had some different considerations for this race.

Namely, I am not a Packers fan. But for those that are (including Helen), Lambeau is sacred and hallowed worshipping ground. In short, this is a really, really big deal.

Here's my obligatory mention of the historic rivalry between the Chicago Bears and the Green Bay Packers. It's the stuff of legends. 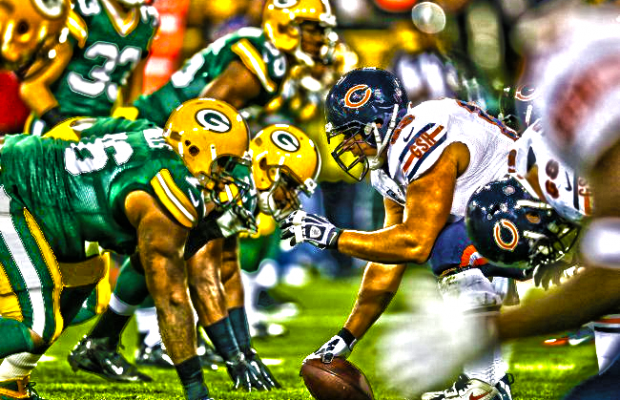 I think I've mentioned before that I am generally not amused by insurance ad campaigns. But I have to say that I get a kick out of this commercial featuring Green Bay quarterback Aaron Rodgers and da Bears Superfans:


Being from Chicago, I won't go into all the details about my sportsfan dilemmas. I do root for my hometown Bears, of course. In fact, my friend Rose and I are going to watch Bears Training Camp in Bourbonnais in a few weeks. We're even dragging Adam along to Bears Family Night at Soldier Field next weekend (even though the first question he asked me was, "Can I wear my Roethlisberger jersey?") You get the idea.

I wasn't sure how well my Bear-fan friends would react to me running a race in rivalry territory, though. Believe me when I say that some would consider this grounds for getting kicked out of the union. The rivalry has resulted in the common sighting of things like this: 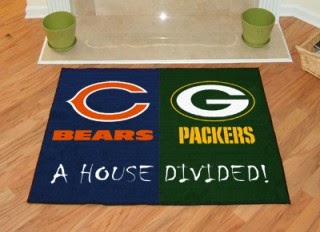 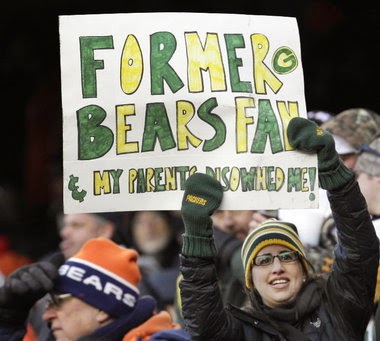 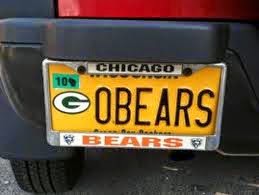 I mentioned my thoughts on the politics of this 5K to Helen. Being the very supportive friend that she is, she said I could register for the race under her name. =D 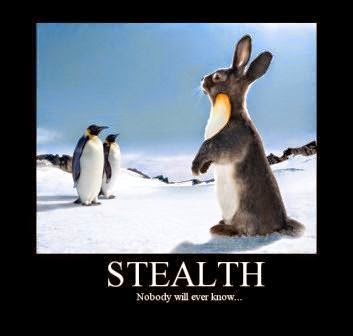 I actually did give some consideration to the idea of running incognito. But, ultimately I wanted to be able to share the experience openly. There's no reason not to run a race at Lambeau Field because of hometown sports loyalties. At least not as long as I don't give the impression that I am jumping ship on my own teams, right? FINAL VERDICT: Happily registered in my own name!

With this in mind, some consideration also went into what attire I should wear to the race. No Packers gear. I didn't want to be obnoxious and wear a different team's gear to a Packers-hosted race, either. So my plan is to wear something neutral. In a perfect sportsfan world, this means no green or yellow (Packers colors), and no orange or blue (Bears colors). 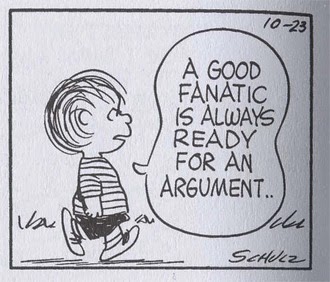 I do know that rabid sportsfans such as myself tend to take these things way too seriously. So all sportsfan considerations aside, I am looking forward to an absolutely awesome weekend hanging out with Helen. She is going to be a great hostess that will help me do as the locals do. And this weekend's festivities will be the ultimate in great local experiences! =) 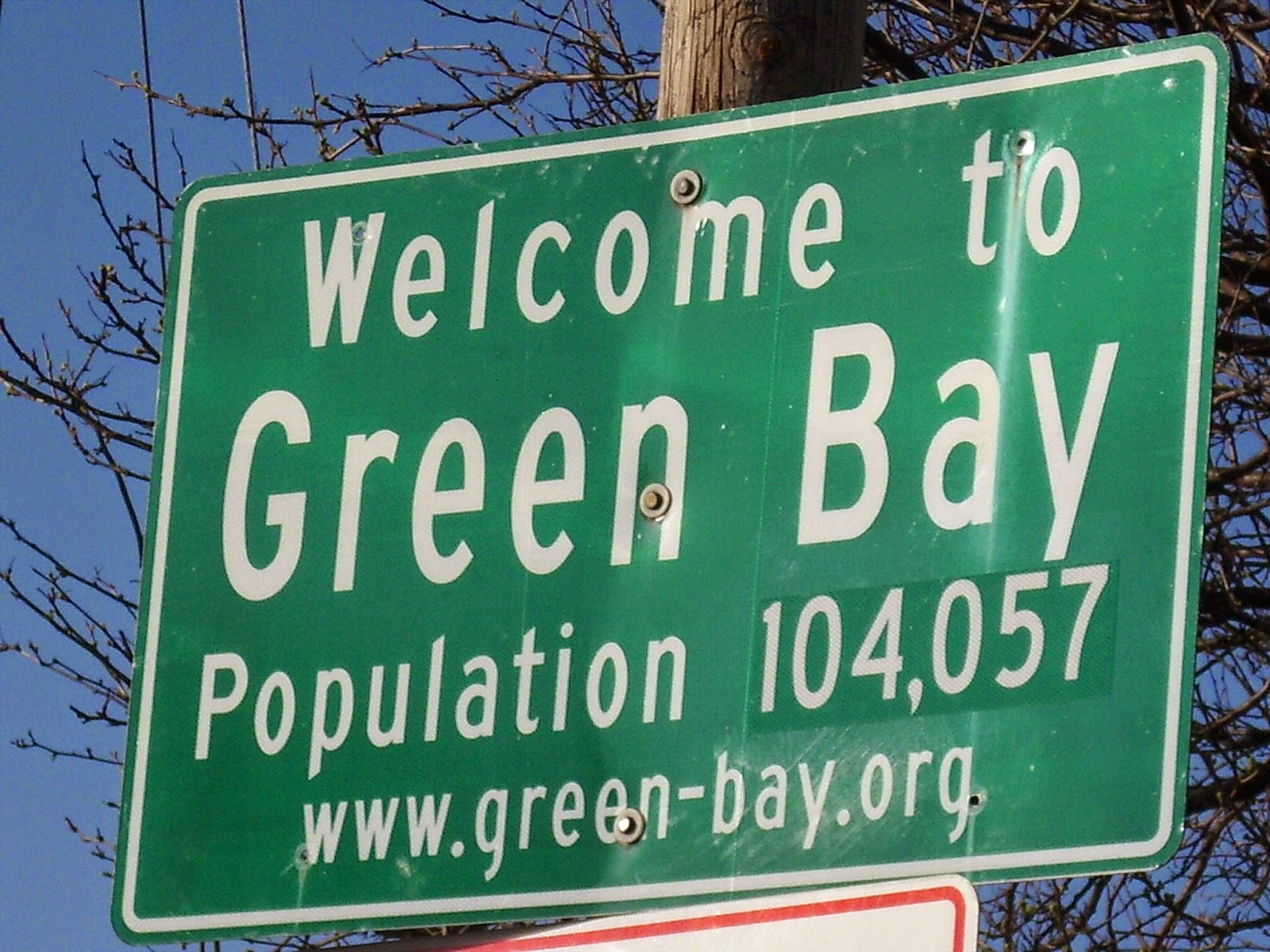