1. New Friends
This past Tuesday after work, I went to get a haircut. While I was waiting, I made an adorable new four-legged friend named Shady:
I believe all organizations should have furry companions to welcome their customers/guests! If anyone needs further proof, read this success story. =)

2. Rooftop Decks
On Wednesday night, I attended a Windy City Bloggers event at Public Chicago. Their rooftop deck affords a stunning view of the Chicago skyline: 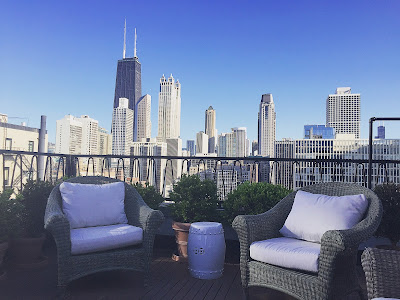 Can you just imagine how nice it would be to curl up with a good book and a beverage against a backdrop like that?!?

Unfortunately, it was unseasonably chilly that night and I wasn't dressed warmly enough. This meant that I didn't spend as much time on the deck as I would have liked. Sigh.

Thankfully, though, the food was all inside! What's cooking, good-looking? 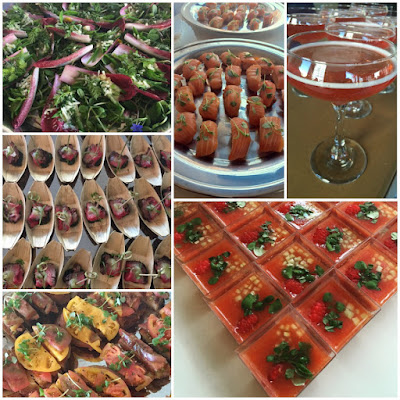 3. Journalists
Yesterday, I volunteered at the Ascend Midwest Conference. Ascend is a Pan-Asian organization for business professionals in North America.

Over the years, I've attended a lot of conferences and heard many speakers share their advice on professional development, leadership, etc. Admittedly I wasn't expecting this conference to stand out - but it did! I found the content very interesting and engaging.

The biggest highlight was the keynote speaker: Linda Yu, an ABC television news anchor in Chicago. 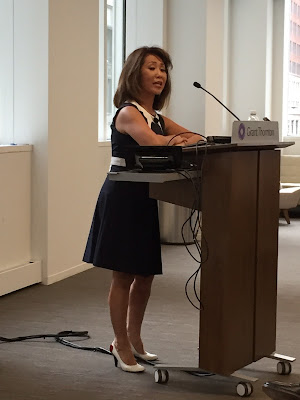 It was incredible to see Linda speak in person. She shared riveting details about the challenges of working in broadcast journalism, some of her most grueling assignments in Chicago (most notably the Great Chicago Loop Flood in 1992), and what she has learned and experienced over the years. Fascinating!

I was at home later that night when the local news came on. Based on Linda's insight, I started noticing more of the intricacies involved in live reporting, e.g. facial expressions, enunciation, tone. I will never watch television news broadcasts the same way, ever again.

4. Bellissimo
When Adam and I went on our honeymoon, we took a Mediterranean cruise. The final port of call on the itinerary was Venice. We were on deck watching when the ship sailed into Venice's harbor, with some of the most spectacular scenery I've ever seen. To further add to the atmosphere, the cruise director was playing Andrea Bocelli's rendition of Con Te Partiro:


To this day, I associate Andrea Bocelli with the magic of Venice. I am sure Adam does, as well.

Tonight - Andrea Bocelli has a concert in town, and Adam and I have tickets!

Bocelli's vocals are reputed to be even more mindblowing in person than in his recordings. Given how mystical he already sounds on tape, this seems like it would be an impossible feat. But I look forward to finding out for myself tonight!

5. Viva Las Vegas
The Rock N Roll Las Vegas Half Marathon has been on my radar screen and running bucket list for a very long time. I have always had schedule conflicts which prevented me from going... until this year. 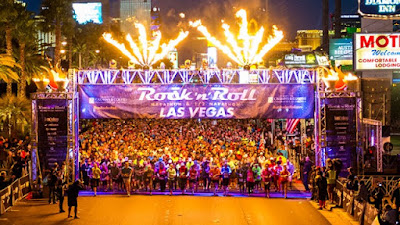 Thanks to Eric for tipping me off on good airfares this week!

I am already starting to think about what I want to wear. What woman wouldn't, right?! I usually don't get too crazy with my race attire - but if there was ever a time to let loose, this would certainly be it!

I'm also starting to look at some of the weekend's other travel details. Some folks have advised staying at a hotel near the finish line. Based on the course map, the Mirage looks like it is the closest. Adam has stayed there before and likes it, so I went ahead and booked a room there.

Beyond that, I have a lot of work to do on figuring out all the other plans for the weekend. It's been several years since I was last in Vegas, so I need to get myself back up to speed. Vegas aficionados, what tips do you have? Any other must-dos or must-don'ts? All suggestions are welcomed!

--
Linking up with Mar, Courtney, and Cynthia for the Friday Five. 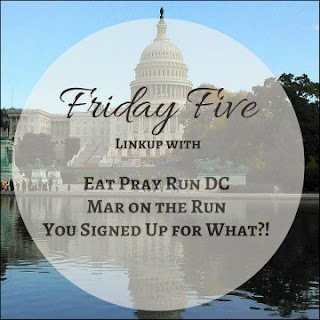