Last Saturday, I ran the Super Sunny 5K for the first time. 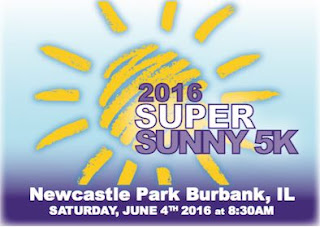 The race benefits Garden Center Services, which supports people with developmental disabilities. What a great cause! Many thanks to Annabelle, the race director, for selecting me in a free race entry giveaway. (I made a donation to the organization to help show my gratitude!)

As I previously mentioned here, I was originally targeting this as a PR attempt - but ended up running easy since I was getting over a cold. 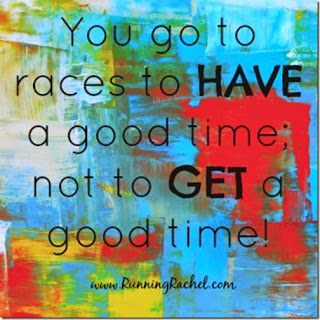 When I heard the race was in Burbank, I thought it was a faraway southwest suburb. What a pleasant surprise to learn it was only about 16 miles from my home!

On race morning, I arrived on site and enjoyed the ample street parking. Day-of packet pickup (which is one of the best things any race can offer) only took a few minutes. After dropping my materials back at my car, I ran into Annabelle, the honorable race director, herself!
Annabelle and I chatted briefly. She said the event was running smoothly enough that she thought she might be able to run the race herself. I told her to go for it! Annabelle is super speedy and I mentioned how cool it would be if she won her own race! =) (Annabelle wasn't as keen on the idea as I was, LOL.)

I ran into Erin, her dog Chewie, Jason (who was an official event photographer), and Erica.
We met a few of Erica's other friends, Amanda and Megan, before it was time to line up. The runners were set to start 2 minutes before runners with dogs. While we were waiting, I chatted with Erica and a few more of her friends. At the last moment, Annabelle joined us. We all cheered her decision to run, then ended up being caught by surprise when the starting airhorn sounded. Off we went!

In the week preceding the race, I ran a grand total of 3 miles and did zero yoga. Obviously I hadn't done any race-day warm-up, either. I could immediately feel all the negative impacts. My legs were stiff, my hamstrings were tight, and my breathing was ragged. I had mentioned here that I felt like an alien because my body had seemingly forgotten how to run. 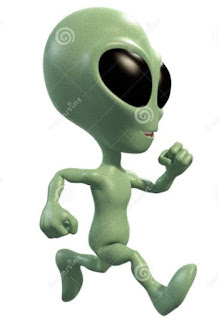 I could hear when the second airhorn went off to release the runners with dogs. It didn't take long before some of those folks and their pups caught up to me. I took notice of a woman running with a greyhound. They quickly passed me while exerting seemingly zero effort. Wow!

Shortly afterwards, Erin and Chewie also passed me, both also looking calm and fluid. I managed to take this action shot of them: 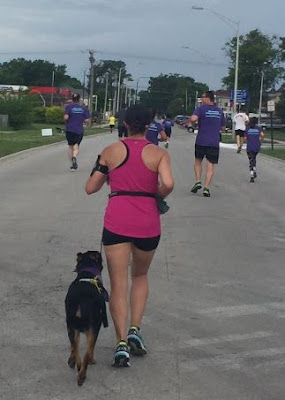 The course ran through quiet, pleasant residential neighborhoods. Cheerleaders from one of the local schools were stationed at various intersections to cheer us on. There was a hydration table set up around Mile 1.6. I grabbed a cup of Gatorade and walked through. Normally I am militant about running the course tangents, but today I just wanted to run steady.

Even though I wasn't "racing," I still experienced my usual 5K challenges during Mile 2. There were also some headwinds on the course. Unwittingly, I slowed down, and thought everything would deteriorate from there. I wanted to finish at least sub-30, but was feeling so stagnant that I wasn't sure it would happen. Slug, slug, slug, slug, slug.

During Mile 3, my muscles started loosening up and I unexpectedly found some rhythm. It was certainly better late than never - but it reminded me why warm-ups are so helpful for 5Ks. So many people had passed me during the first two miles, but in the third mile I actually started overtaking a few of my own. 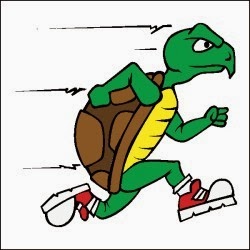 My official finishing time was 29:16. Here are my splits:

That Mile 2 split was a real stinker, eh?

Post-race, in addition to the usual assortment of water, Gatorade, and bananas, there was also Vita Coco water, popcorn bags, pastries, doughnuts, and custard samples. Very nice! Volunteers handed out seed packets (I gave my packet to Erica but I think they were for sunflower plants?) and various dog treats and toys, including tennis balls. Even though I don't have a dog, I took a tennis ball for myself to roll out my piriformis. =D 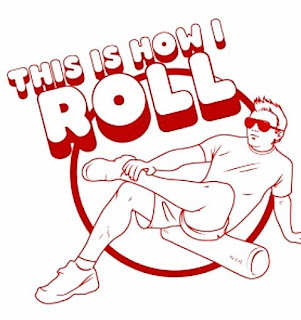 There was also an Athletico post-race massage table, ample tented seating, and a wading pool for the pups. Chewie enjoyed the pool: 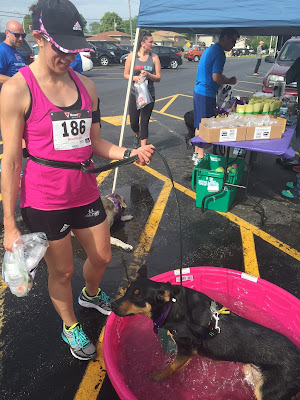 We took a group photo of all the Chicago-based runners who had come out to support the festivities: Congratulations to Annabelle and Erica for winning their respective age groups!

One last note: One of the event's course leaders, Jeff, was wearing what I consider to be the most awesome bike jersey ever: 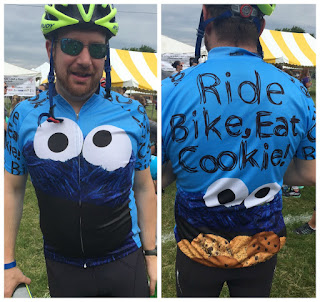 Many congratulations to Annabelle and her team for an extremely well-organized and fun event! I enjoyed the atmosphere and cameraderie very much, and I wore the race shirt the rest of the day. I look forward to seeing this race continue to grow in future years!!! =)

My next race: The Rock N Roll Chicago 5K on July 16 (as part of the Remix Challenge)