Before we begin, let me be very clear. I am NOT a hockey expert by ANY stretch of the imagination. But it is fun to moonlight as one! So today I present to thee, my darndest attempt at impersonating a hockey sportsblogger. 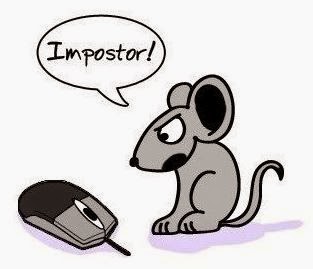 #1 New York Rangers vs #4 Pittsburgh Penguins
OK, I am not unbiased here since the Penguins are my second-favorite team. But I'll be brutally honest.

It was distressing to observe how out-of-sync the Penguins looked during the final stretch of the regular season. They have been completely decimated by injury. The recent loss of defenseman Kris Letang has been what I consider the final blow. This forced them to play with only five d-men for long stretches of time due to salary cap constraints. Terrible situation.

This is in stark contrast to the surging Rangers, who are even more dangerous now that star goalie Henrik Lundqvist is back in the line-up. Truthfully, I fear the Penguins are going to get swept. But I'll be a little optimistic that Pittsburgh will finally be able to get some help from their farm team d-men in the playoffs. Plus, I think Pens star goalie Marc-Andre Fleury will probably steal a game or two.

Prediction: Rangers in five (although I hope it will go to at least six)

#2 Washington Capitals vs #3 New York Islanders
Interesting match-up! The Islanders have been on the downswing towards the end of the regular season. Additionally, the Capitals have a strong power play while the Islanders struggle on the penalty kill. I also don't have a lot of confidence in Islanders goalie Jaroslav Halak (though admittedly I think Caps goalie Braden Holtby is untested, too).

#1 Montreal Canadiens vs #4 Ottawa Senators
Holy Batman, Ottawa Senators! Way for the Sens to be the fairytale of the regular season, coming out of complete obscurity to make the playoffs with gusto. I think Ottawa will give the Canadiens a serious run for their money. This series has upset potential. Ultimately I don't think the Sens will be able to keep up their torrid pace down the stretch, though. Regardless of what happens, you know that Hockey Night in Canada will be ALL OVER this match-up.

#2 Tampa Bay Lightning vs #3 Detroit Red Wings
I am used to the Red Wings always being favored for their extensive playoff experience. However, these days it seems like they are on the decline. They've got a goalie controversy and from what I understand, their experience has now morphed into a lack of youth. Tampa led the NHL in goals scored during the regular season and from what I hear, they are less injury-ridden than the Wings.

Any time I'm at the United Center, I giggle each time I see Jonathan Toews sharing his game-watching etiquette tips:

Remember his words, folks: THINK. And then go.

I wonder if there were any outtakes from that video???

#1 St. Louis Blues vs #4 Minnesota Wild
Great match-up! The Wild are another Cinderella story this season. I will be the first to admit that I thought Wild coach Mike Yeo should have been fired early on. I am amazed that goalie Devan Dubnyk has made that much of a difference in their turnaround. I don't think the Wild can keep up their torrid pace forever, but I do think they have more momentum going into the playoffs than the Blues. Both teams have untested goalies so it'll be interesting to see who breaks first. Either way, as a Blackhawks fan, it'll be exciting to watch these teams maul each other.

I think that Nashville outperformed themselves during the first half of the regular season. Their biggest strength is goalie Pekka Rinne. Beyond that, I don't think they are standouts in any other category. It also makes me raise my eyebrows to hear about some of the Predators' antics to keep visiting Hawks fans at bay (Example 1 and Example 2). I think Nashville is shooting themselves in the foot.

I am surprised and thrilled that Hawks superstar Patrick Kane will be returning from his lengthy injury for this series! Even without him, I would have favored the Hawks with their potent offense, stingy defense, strong special teams, and goalie depth. But now, this is a total no-brainer for me.

Prediction: Hawks in six (although, Kaner's return is tempting me to say five)

#1 Anaheim Ducks vs #4 Winnipeg Jets
Ducks coach Bruce Boudreau's teams have a history of amazing regular seasons, followed by flame-outs when the playoffs begin. As such, I always consider his teams to be potential upsets. They do have much more playoff experience than the Jets, though. I thought Winnipeg was going to stumble out of playoff contention at the last minute. I think even they are surprised to be there. It'll be fun to watch the Jets run and gun their way in this series as the underdog. In this case, though, I think that Anaheim will be able to pull it off.

#2 Vancouver Canucks vs #3 Calgary Flames
Hockey Night in Canada will be all over this match-up, too. Vancouver has a lot more playoff experience, but in general I don't think they are as potent in any category as they once were. They also have a goalie controversy. On the other hand, I think Calgary is another team that is surprised to find themselves in the playoffs. I think the Flames will play more like they have nothing to lose. In the end, though, I think that Vancouver has a more balanced attack.

As always, feel free to comment or email me if you want to let me know how wrong you think I am on any of these predictions.

To conclude today: In honor of Patrick Kane's return, and since no hockey post of mine is ever complete without a great Blackhawks photo, I present to you one of my favorite goal celebrations by #88 himself!