My company hosted an inaugural indoor triathlon this week for employees. Over the years I have had some passing thoughts of trying a tri. Therefore, I signed up for the event the moment I heard about it.

How did the company's indoor tri work? Participants were ranked based on total distance covered across three disciplines:
Since my company doesn't have an on-site swimming pool, I thought it was very clever to substitute rowing for swimming. It also made for much easier transitions, too (we were given two minutes of transition time in between each segment).

Let's talk strategy. Here is how I approached each segment:

Rowing
I have almost no rowing experience. I've only used a rowing machine maybe ten times my entire life? I knew the rowing would be my downfall, but I was hoping that maybe the comparatively shorter timeframe of 10 minutes would reduce the deviations across contestants. My only hope was to pull out something semi-respectable here.

Biking
I have some experience with spin bikes, but not a ton. I wanted to try to find a happy medium between speed versus resistance. One of my coworkers and I strategized that the biking segment could manifest the biggest potential mileage spreads. Therefore, I wanted to push the biking as best as I could.

Running
Of the three disciplines, I am most comfortable with the running portion by far. However, I do not usually run with a 1% incline, as was required here. I also knew that my legs could potentially be shot by the time I got to the running segment. My thought was that I would start at a pace that felt comfortably hard, and then gradually try to increase the speed.


So how did things actually go on the big day?

Rowing - 2040 meters completed
I started out feeling good, but like any other race I realized after a few minutes that I had started out too quickly. I tried to use a combination of leg strength and arm strength. I also leaned backwards a little on the extension in the hopes of making gravity work for me.

Towards the end, my hands were sweaty so I had trouble maintaining my grip. To compensate, I tried to squeeze the handlebars more securely. This made my forearms ache. The 10 minutes on the rower couldn't go by fast enough.

As expected, my performance on the rower was eyeballed by a race volunteer as being "a little bit south of what we've seen on an average basis." He was probably being charitable when he said this, too.

Biking - 4.0X miles completed
I did most of the biking between levels 8 and 9. I tried going up to levels 10 and 11 for a few seconds, but found it a little too challenging. One of my fellow participants stood up on her pedals a few times, but I elected to stay seated the whole time.

I was unhappy that the bike only measured distances in tenths of a mile. My odometer was at 4.0 miles for a good twenty seconds at the very end, even though I was pedaling like crazy. I hit 4.1 miles at the 15:02 marker, but I only got credit for 4.0 miles. Grrrrr!

Running - 1.65 miles completed
Admittedly, I had high ambitions for the run segment. I was thinking maybe I could maintain my target 5K race pace (8:20/mile) for 15 minutes. But those ambitions quickly came crashing down as I was getting underway. My legs felt like grape jello. 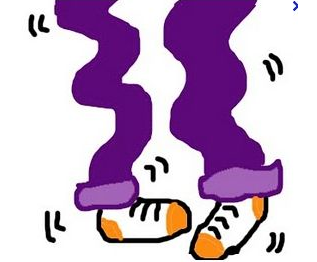 I did still want to run a negative split on the treadmill. I started out at a 9:20 pace, then I gradually upped the speed a notch or two at a time. During the last two minutes, I went all out. The last 30 seconds or so, I was flying at a 7:07 pace. During those moments, I was thinking to myself that I could very well die right now.

My pace for the 15 minutes averaged out to a 9:06 pace. Not too bad, but in retrospect I think I could have done better.

At the end...
I was completely zonked. I was sweating like a fire hydrant, and my legs and arms were both shot to pieces. Even though it was only about 1:00 PM when my participant wave finished, I was ready to call it a day and go home!!!

As I write this, the final rankings have not yet been posted. Despite a subpar rowing performance, I was told that my biking and my running were comparatively strong. That made me feel good.

I know I have no hope of placing. On the contrary, I could largely be at risk for coming in last place! But honestly, I will more than happy if my performance ends up being at or above the 50% percentile.

Tons and tons of renewed respect for all you triathletes out there. This tri stuff is no joke!
Posted by emmers712 at 5:00 AM